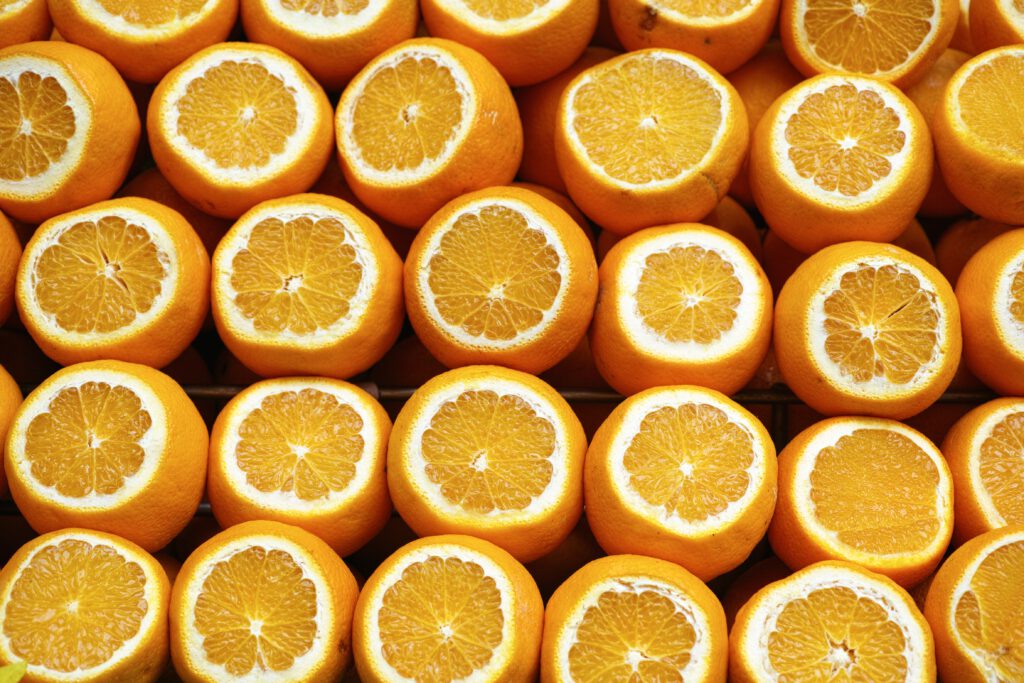 Scurvy isn’t just a sickness for sailors in past times. Older people have been found to be lacking in the vitamin at a time when they need higher levels to help stay healthy and fight off infections. Deficiency could even be linked to the greater effects of Covid-19 in care home residents. Vitamin C advocate Patrick Holford explains why.

What is vitamin C deficiency?

A government survey of people aged over 65 found that 4% – that’s almost half a million – have overt vitamin C deficiency, which is technically defined as below 11 mcmol/l.

That figure rises significantly in residential care homes, where an estimated 40% were found to have vitamin C levels below 11 µmol/l. Those are similar levels to those diagnosed with scurvy, according to a study from the MRC Human Nutrition Research unit in Cambridge.[i]

Scurvy, caused by a chronic lack of vitamin C, killed two million sailors in the 17th and 18th century.

With almost half (47%) of all Covid deaths being in care homes[ii] could a lack of vitamin C, which is essential for fighting any viral infection, be to blame?

Vitamin C is profoundly anti-viral, boosting the immune system’s response and helping to make interferon, which stops the virus replicating.

It is also a powerful antioxidant. Antioxidants protect the body from the ‘oxidising’ damage that occurs during viral infection, damaging the lungs and other vital organs.

Not only is vitamin C critical for fighting any viral infection, but many older people with health conditions need more vitamin C.

There is growing evidence from animal studies that the efficiency of vitamin C absorption from the gut to the bloodstream declines with age.[iii] Consequently, so too do blood vitamin C levels.[iv]

For this reason some experts recommend a minimum intake of 400 mg of vitamin C for older people, just to keep the immune system and body in good health. An orange provides 50 mg, so this kind of required intake calls for daily supplements.

Lack of Vitamin C and Covid-19

There have been a number of studies suggesting links between lack of vitamin C and severe Covid effects.

Why are older people low in vitamin C?

According to expert Anitra Carr, Associate Professor and director of Nutrition in Medicine Research at Otago University in New Zealand: “Older people tend to have more chronic health conditions which are often associated with increased inflammation and generation of harmful oxidants. Vitamin C is an excellent antioxidant that can help mop up excess oxidants. During severe viral infections, the body is put under much more oxidative stress and the levels of antioxidants such as vitamin C drop rapidly. In older people cognitive decline can also result in them not eating as well as they should. While a dietary intake of 100 mg/day, which is equivalent to one large orange or a kiwifruit, can maintain adequate blood levels, when under severe viral attack the body needs way more vitamin C than this.”

The Swiss Nutrition Society, which advises their government, calls for all to supplement 200 mg a day, plus extra vitamin D, ‘especially for the adults age 65 and older to strengthen the immune system’.

While this would help to prevent scurvy, it’s not enough if someone becomes infected. Dr Marcela Vizcachipi, head of Covid critical care research at the Chelsea and Westminster Hospital has increased the vitamin C dose she gives to her critically ill patients intravenously to 6 grams since testing her patient’s vitamin C levels.

The anti-viral effect of vitamin C was the life’s work of twice-winner of a Nobel Prize, Linus Pauling, who took 6 grams a day in his eighties. The Linus Pauling Research Institute at Oregon State University says that older people need at least 400 mg – four times the basic recommended level – to be healthy.

The critical issue with care home residents is that the need for vitamin C increases both with age and declining health. Chronic diseases of the elderly increase ‘oxidative stress’ which uses up vitamin C at an alarming rate. So those in care homes are likely to be more susceptible to deficiency, and this can be exacerbated by poor eating habits and standard of diets.

No-one actually knows what older people in care homes need just to have normal levels of vitamin C in the body. It is likely to be somewhere around 400mg, which is ten times the recommended intake. That’s eight oranges’ worth so, in reality, it is likely that all care home residents need supplements.

What can we do?

We’ve assembled with an international team of professors and doctors from the University of Aberdeen, the Rowett Institute and NHS Grampian, under the guidance of vitamin C researcher Associate Professor Anitra Carr at Otago University in New Zealand.

Our aim is to run a study in care homes in Scotland to determine how much vitamin C elderly people actually need.

This is the first study of its kind in the world. The study, costing £20,000, is being funded by the vitaminC4covid.com project through a crowdfunder.

The importance of testing for low levels

Vitamin C deficiency is easy to test with a urine strip. It’s cheap and takes 20 seconds. If it doesn’t change colour that’s a really good indication that the person is deficient. If it changes colour from green to yellow you know they have enough.

When you’re younger you might get away with it if you eat lots of fruit and vegetables but older people have to supplement.

The average 85-year-old has 9 good years ahead of them. We shouldn’t write them off. Them must be tested for vitamin C deficiency and given what they need to support their immune system.

Patrick Holford is the founder of www.vitaminCforcovid.com, and a speaker on nutrition and mental health. He is the founder of both the Food for the Brain Foundation and the Institute for Optimum Nutrition, an educational charity that offers degree accredited training in nutritional therapy. Patrick was a student of the twice Nobel Prize winner Dr Linus Pauling, who put vitamin C on the map in the 70s. He was one of the first promoters of the importance of zinc, essential fats, low-GL diets and homocysteine-lowering B vitamins and their importance in mental health and Alzheimer’s prevention, working closely with David Smith, Emeritus Professor of Pharmacology at the University of Oxford.

[i] CJ bates et al, ‘Micronutrients: highlights and research challenges from the 1994–5 National Diet and Nutrition Survey of people aged 65 years and over’British Journal of Nutrition (1999), 82, 7–15

Photo by Engin Akyurt from Pexels