Caring for a father with Parkinson’s 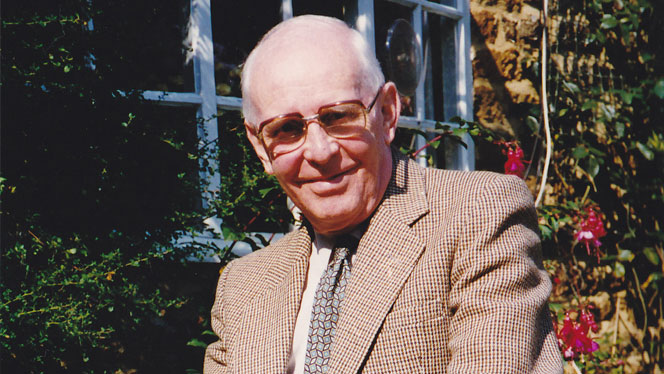 This week’s storyteller is Chris.

Chris tells the sad story of his brilliant father’s degeneration due to Parkinson’s, and how the family managed his care with love and respect.

My father at 83 started to become very slow, and slightly doddery, and for him that was not normal.

He was a very smart, neat and precise man. He had been sharp and meticulous about his work as a naval historian and had written some 43 books. Now his shoulders and hands were affected to the extent where he could no longer use his computer nor continue his research. He had to stop.

His medical analysis was quite frankly poor and very slow. After many months he was finally diagnosed as having a form of Parkinson’s. His mind remained intact but after about a year his struggle with moving became so pronounced that my mother, who was 83, was finding it very hard to care for him. She suffered from an arthritic spine so movement for her was also difficult. My father’s communication skills started to fall away as his movement got progressively worse and more restricted. It was heartrending to watch the degeneration of a man who was of such high intellect. He had a brilliant mind.

We employed some carers who came in to get him up in the morning and put him to bed at night, although there were problems with this since they wanted to tuck him up at 7pm! His movement about the house became minimal and the sheer strain of caring for him was taking a terrible toll on my mother. Dad’s mind was also getting worse.

Eventually the family made the decision to place him in a nursing home. Fortunately for us St Mary’s Convent and Nursing Home was attached to our former church when we had all lived as a family in London. It’s run by nuns and is simply brilliant. The place was like a hotel with plenty going on not to mention the drinks parties on a Thursday night!

Obviously we had to wait for a spare room and there were all sorts of issues with moving my father from his own home. My mum had power of attorney which dad had given her realising that there may come a time when he would be unable to make decisions for himself. My father’s local authority was going to finance this move. In essence it was replacing the allowances etc he was getting and instead paying his fees. But then you also have the emotional side of all this to deal with. My parents had been together for over 60 years and were living in retirement in a little cottage in a small Oxfordshire village – not terribly practical in terms of access and support. They were about to be separated.

A room became available and we had to move relatively quickly. I have a brother and two sisters who were finding it difficult to manage the move and therefore my wife and I were tasked with collecting him and taking him to the home. I had spent a long time, as had my family, explaining to dad what was happening and how he would be looked after but one is always uncertain as to how much is understood.

Come the day we collected dad and I’m sure he felt it was probably some temporary respite care and he said goodbye on the doorstep to my mum who was crying.

When we arrived we got him installed. He had a great room and the staff were fantastic. We ensured he was surrounded by all his possessions and pictures and we took it in turns to visit him every day. It was recommended that my mum should leave it about three weeks before seeing him. I was working up near Regents Park in London and would drive home to Marlow in Bucks via the home which was in Chiswick to see him. Both my sisters who lived close by visited in turn.

I brought my mum to visit after three weeks after which we all visited quite regularly. There was hardly a day when dad wasn’t visited by someone. Even the vicar stopped in occasionally. Dad did wonder what he was doing in there and his mind would wander from time to time. He was an ex-naval captain and on one visit I was greeted with “Oh Chris, I am glad you’re here. This ship is in a terrible state. I inspected the men’s quarters this morning and there’s stuff all over the place. I am going to speak to the first mate about it”.

On another visit dad said “Chris they can’t keep me here I haven’t done anything wrong”. He thought he was in jail and following on from this whilst I was helping him eat his dinner he said “Look if we’re quick we can sneak out that door”, pointing to the fire escape.

At other times he was quite lucid but he was slowly losing the ability to speak and communicate effectively. He told my mum late in 2007 that he had had a dream that Portsmouth had won the FA Cup. They had last won it in 1939 and he had followed them from his naval days having been based there during the war. No one was more surprised than me when in 2008 they got to the final and actually won it! I sat with him to watch it on the television although I have to say by then he wasn’t very cognisant.

The hardest part about this whole story was watching his slow demise. He was getting progressively worse. On 7th May 2009 he died of a brain haemorrhage. The effects of Parkinson’s had taken a great toll on his body. He was 85. The same firm of undertakers that buried Nelson handled my father’s funeral arrangements – it was only fitting.

I saw him at the funeral parlour. He looked very peaceful and calm and his dignity had been completely restored. We had a memorial service and mass with the white ensign, his war medals and naval cap on the coffin. He had had a great life.

On reflection I do believe that we did the very best for him and there were some great times at the home. My mother was stoic and said that in reality she had lost him the day he left the cottage.

I am not sure I would change much of what we did for my dad. I believe that love, care and attention are things that really matter most.

We sometimes forget how the suffering of our parents can affect our children too. Read how Chris’ daughter felt about her grandfather’s illness.

Has your family been affected by Parkinson’s? Let us know with a comment below.