When a heart attack leads to angioplasty 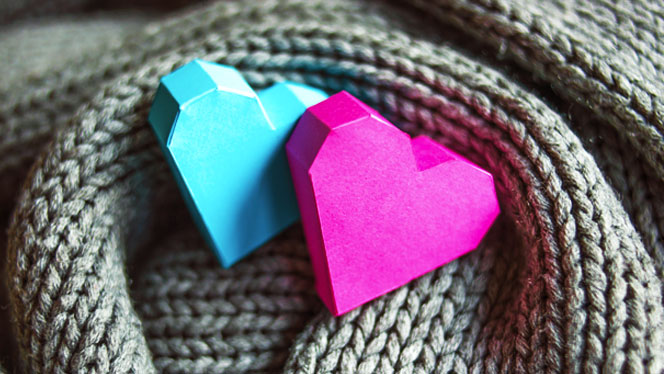 An angioplasty unblocks arteries and puts a stent in place to keep the artery open. It can be a swift solution to a heart attack. But what exactly happens? Here’s one experience.

I had a heart attack. The strange thing is that I wasn’t absolutely sure that that’s what had happened until I checked in with my GP a week afterwards and she uttered those precise words.

Why was I unsure? Because nobody said those words. Nobody got stressed or panicky. Friends said afterwards that I must have been really frightened. But I wasn’t because the people taking care of me were so calm and matter of fact, and clearly knew exactly what they were doing, so I just let them do it.

So how did it happen, why did I have an angioplasty, and what has happened since?

How did the heart attack happen?

I’d been feeling unwell in an undefinable way for a while. Two nights running I woke with a bit of a pain in my chest that I sorted with paracetemol. Then I woke again with a stronger pain that spread down my left arm. I realised this could be trouble. I woke my husband and said we needed to find a doctor. While he dressed the pain continued to intensify in waves, and in between those waves I felt seriously sick.

How did I get help?

We ditched the idea of heading for A&E and called an ambulance. A paramedic turned up almost instantly. On went the electrodes for the first of many, many ECGs. He ran the test several times, while asking questions about how I was feeling and my medical history. He could see something was going on but he needed verification so the ECG results were transmitted directly to the team at St George’s in Tooting. They decided I should go there rather than my local hospital.

By this time the ambulance crew had arrived and they popped me into a wheelchair (quite unnecessary in my view) and wheeled me out. In the back of the ambulance we had more tests, more questions, more banter and then finally my husband was invited in and we hit the A3 with the blue lights flashing.

What did the emergency and coronary care teams do?

The ambulance team were at pains to explain to me what would happen when we arrived. No A&E. We would head straight for the cath lab where staff were waiting to sort me out. The pain at that point was still manageable with gas and air rather than anything stronger. We stopped at the hospital doors. I was significantly sick.

In through the sliding doors, up in the lift, straight into the cath lab. Wiggle into a gown, on with the oxygen mask, in with the serious pain relief. Voices murmuring around me.

The surgeon explained that they were going in through my wrist to inject dye that would show where there were any blockages. (People have later said the groin is more usual.)

There it was – one of the smaller arteries had narrowed until it was pretty well blocked. Next they explained that they would insert a wire, and a balloon and then a stent to open up the artery and keep it open.

The sensation was weird. I could feel movement inside my arm, though not anything else that was happening. I was not exactly in pain but I was a little on the miserable side. I thought it was all over in less than 20 minutes but my husband says I was in there for over an hour. Oh, and when they’d finished, I was sick.

How was I cared for in the CCU?

Procedure done and dusted I was wheeled straight into the Coronary Care Unit where I received the most amazingly kind and intelligent care for the next two days. There were six beds on the ward and plenty of expert nursing to go round. As soon as I had been made comfortable I was offered breakfast, which absolutely astonished me.

There was plenty of checking of blood pressure, temperature and more ECGs, X-rays and an angiogram over the next couple of days. Sickness continued to be my biggest problem. Eventually the nurses called for intravenous drugs to help me and thereafter I slept for hours.

I also received a visit from a specialist cardiac nurse who talked me through diet, exercise and lifestyle. The nurse, as with all the other staff, was totally sympathetic and non-accusatory, and suggested family history might have something to answer for. My dad had a heart attack at 50 – but is still pottering about at 92.

I was in hospital from early Monday morning until Wednesday lunchtime, and then the consultant said I could go. I felt absolutely fine. They sent me home with a cocktail of medications. I had already been on medication to bring down my blood pressure. Now that had been increased, and I was given aspirin to thin the blood, beta blockers to slow the pulse, a mega dose of statins to really bring down my cholesterol, anti-platelets to thin my blood even further, and yet more pills to protect my stomach from all the blood thinners.

After 6 weeks I was invited to join a cardiac rehab group. Apparently a lot of women don’t go but I thought it was a no-brainer. I needed guidance on what I could do and how soon. I was missing exercise and had even started to envy people jogging past me when I hate running.

The twice-a-week rehab sessions were held in a hospital gym and run by specialist nurses and physiotherapists. We went through all the diet and lifestyle stuff again, and exercised very gently under supervision. For many people getting together with others who’ve been through the same experience was clearly helpful. There were people there who had been through far more dangerous and frightening experiences, but the mood was always light-hearted.

Rehab classes stopped abruptly due to staff sicknesses. That left me out in the wide world again on my own except for the odd visit to the GP. Theoretically they are now charged with caring for me yet I’ve had to argue for the blood test which the hospital had clearly told them was needed after three months to check cholesterol levels.

Meds are on repeat prescription and I thoroughly recommend anyone with a list as long as mine get the prescription pre-payment card that will save serious amounts of money. My other strong recommendation is to make sure you carry a list of your medications – and what they’re for – with you wherever you go. There’s one in the free stuff you can download from this site.

3 months on my personal rehabilitation continues. It may be a very long time before I get to Zumba again, and I constantly have to be aware of how easily I can bleed while taking the anti-platelets over this first year.

That said, I’m back at work (though I never really stopped), taking a daily walk and getting the garden back in shape. To be honest, in many ways my procedure was less frightening and inconvenient than the attack of sciatica I later suffered on holiday. But I recognise I had a minor episode in comparison to some, and that everyone has their own journey to make in coronary care.

A wonderful resource for anyone coping with heart disease or any heart issues is The British Heart Foundation which offers plenty of advice on heart health.