How a game of pairs helped gauge grandad’s dementia 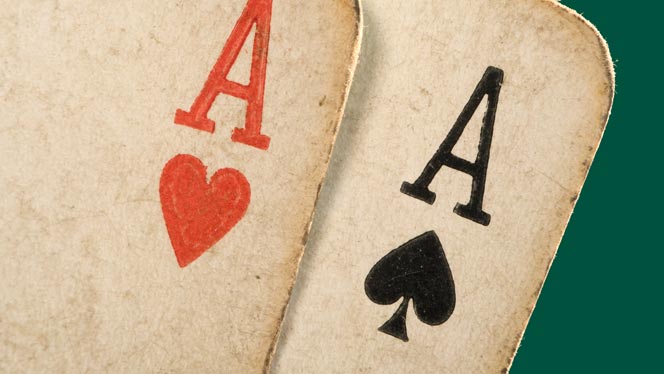 This week’s storyteller is Caroline.

Caroline shares how a creating a personalised game of pairs for her grandad has helped him recall his family as his memory fades.

About two and half years ago grandad had a mini stroke which catalysed the onset of his vascular dementia. His recovery was slow and given its pace we realised that we had caught his dementia quite late on. At the age of 90 he was told he could no longer drive and with this news his independence diminished considerably.

By Christmas it was clear to us all that grandad’s dementia was worsening and there has been an even steeper decline this year. However, what we’ve noticed throughout this time is that grandad’s love of games has remained intact. My family have always played games together with grandad’s particular favourites being dominoes and a set of pairs cards with classical composers on them.

As I visited him this year, back and forth between Glasgow and London, it became more noticeable that grandad’s health was declining yet he still loved to play pairs. I began to struggle with the thought that he might forget us for good. I wanted to do something to help him hold onto the memory of us, the memory of his family, and then the idea for a personalised pairs game dawned on me.

Family photos have always been safeguarded by mum’s who tell you not to put your fingers on them, to hold the edges because they’re precious keepsakes. Our photos, like grandad’s memory, can be easily damaged if mishandled and so I decided to create postcards of all the photos in order to make a game of pairs that was unique for my grandad.

Over the course of this year my family has used the family photo playing cards to assess the progression of grandad’s dementia. It’s been revealing to see who he remembers at different points in time.

By March this year grandad could no longer remember my cousins when we pointed to them in photographs and by June he didn’t even recognise my sister. It was clear to us that his memory and recollection of recent events was rapidly disappearing.

When grandad could no longer remember my cousins I was eager to update the pack of cards with older photographs to see how much he could still remember of family life. I realised that there was a way to make the game long lasting and instantly updateable – by creating a digital game of pairs.

Grandad has always been an avid “silver surfer”. He loved to email and Skype family members and he was online almost every day. We have always actively encouraged his use of the internet as a means to socially interact with family who live near and far. Grandad lives in Glasgow which is a long way away from my home in London and it’s lovely to know that he can use his computer to keep in touch.

Having a digital version of the game meant that we could experiment with different types of photographs as well as involving different family members in updating the virtual deck of cards. We incorporated group shots, portrait and landscape photos as well as individual head shots and found that the simpler the photo the more grandad recognised the person in it.

My grandad can now play the game without the need for another player which has helped my grandmother in terms caring for him. She has heart problems and often needs a lot of rest, spending many of her days in bed, whilst my grandad, with his dementia, needs to be constantly entertained which can be very tiring for my grandmother as his primary carer.

Now that grandad has the game on his iPad he can play whilst sitting in bed with my grandmother which not only allows for his mental needs to be met but grandmother’s own physical needs are also taken into account. She can play with him if she likes and when she rests he’s entertained by playing a solo game. They can both engage at a level comfortable for them.

I realised that the game I created specifically to help my grandad could help other dementia sufferers too and so I launched it as a digital and physical product in June this year. My hope is that the game – Memory-Match – will help other family’s whose loved ones are suffering with mental health issues.

It was such a relief to be able to quickly assess how grandad was getting on as a family rather than feel put upon by a clinician coming into his home and formally assessing his condition. Often within the NHS elderly patients can feel like a spectacle.

Using a traditional game like pairs has really helped us gauge grandad’s decline. Without fail, to this day, he has always remembered how to play it. It seems that his early memories are very much in tact but his memories of his grandchildren, myself and my sister, are slowly fading.

Unfortunately we’re now at the difficult stage of assessing how much longer independent living will be viable for my grandad, as it is becoming harder for my frail grandmother to support him. My family and I don’t know what this next stage will bring as grandad’s mind deteriorates further but we’re confident that we’re doing the best we can to ensure he’s entertained and encouraged by the familiar faces that greet him every time he plays a game of pairs.

My hope for the future is that Memory-Match will be brought out on multiple platforms, not just iPad, and that clinicians will be able to work with sufferers’ families to track the progression of their dementia.

The game play data could be used to monitor the frequency of wrong decisions, the speed of game completion as well as the length of time it takes a sufferer to make a decision about a photograph. To see families working with doctors in the cognitive assessment process via this game would be amazing and could help the multitude of many still waiting for the science to cure dementia.