In praise of district nurses 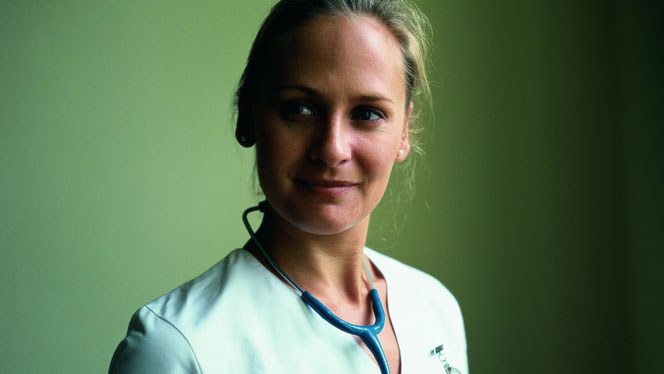 When the chips are down, district nurses can be relied upon to take the time and effort to care for our elderly and ill parents at home.

At 25 minutes to 1 on Monday we received a phone call from a district nurse to say that dad was confused and in pain and she was sending him to A&E in an ambulance. Not so unlikely you might think. But this was 12.35am – in the early hours. We have no idea how dad reached a district nurse or what she was doing on duty at that time – if she was. Because of dad’s confusion he can’t tell us.

What we do know is that dad spent 15 hours in A&E, another few in a day room waiting for a bed, and another day on a ward. Yet he returned home only partly fixed. In no time at all he was dazed and confused again. My brother rushed over to assess the situation and we both tried unsuccessfully and in a panic to talk to a doctor or pretty well anyone at the local surgery. It was again the district nurses who came to our rescue, telling us what we needed to do.

When a doctor finally returned our calls, he said we needed to collect a bottle from the surgery, get a urine sample and return it to the surgery before closing time – the onus was entirely on us to take all actions. My brother missed the deadline and spent an uncomfortable night keeping tabs on dad.

It was the district nurse who saved the day again. Arriving for her regular appointment with dad early the next day she took the sample herself, whizzed it down to the surgery, confirmed an infection, and raced back to dad’s house with some antibiotics. Result. The infection had caused the confusion and both slowly departed.

Dad has been having visits from district nurses for a month or two now, and they are just wonderful. He’s seen quite a few – they seem to have a large pool at the surgery – but every single one that I have met has been smiling and helpful and never suggested that they were in a rush. My dad swears he gets more sense out of them than a private consultant.

I see the district nurses visiting elderly people in our street too. They turn up day after day, bringing relief to the patient and their carer.

The shame is that sometimes I feel their opinion could be more valued. Maybe I’m wrong but it seems they could speak out more about patient care if they thought they would be listened to. Sometimes issues with dad’s health have fallen through the gaps between the understanding of the nurses and the GPs as to who takes responsibility for what.

ITV’s Nursing the Nation has been following some district nurses throughout their rounds. It would be easy to imagine that the programme makers were choosing to portray the nurses in a good light via some judicious editing. Actually, I believe it all. They are wonderful, and maybe the reason that they don’t get much of the limelight is that so much of their work is supporting elderly people with unsexy issues. I would say, if you have doubts about the NHS, you can still put your faith in district nurses.

Sometimes a district nurse is also a regular source of companionship for parents who feel alone. If your parent has experienced periods of solitude without regular visits from nurses download our loneliness guide for advice on how to prevent your parent feeling isolated at home.

Do you agree? Have you experienced cheerful and expert help from district nurses? Or any other support group? Let us know with a comment below.