Caring for a disabled mother-in-law 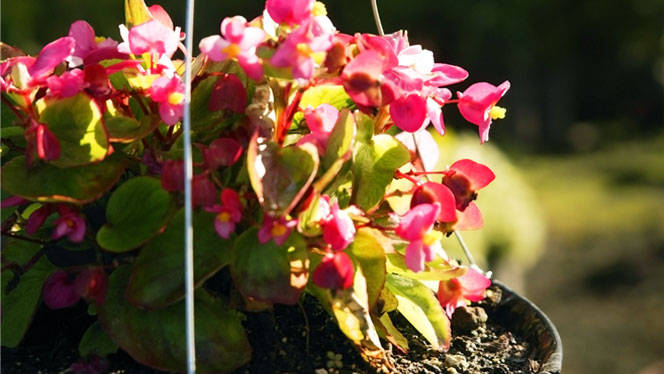 Caron Sprake, author of eldercare blog Caron Cares, shares how she cared for her disabled mother-in-law whilst juggling family responsibilities.

When I said “I do” I acquired not only a husband but a disabled mother-in-law as well.

After leaving my training as a student nurse because of back trouble I became a carer which helped considerably when faced with increasing care responsibilities for my mother-in-law. She had gained a dedicated daughter-in-law.

For a couple of years my mother-in-law was fine living on her own with some support from us. However it was often difficult to get to her quickly as she lived 45 minutes away which proved challenging when she needed help urgently.

It became obvious after the birth of our first son that we needed to be closer to her so we could help her more. She was losing her sight due to glaucoma and as time progressed it was increasingly difficult for her to manage on her own.

We found a lovely bungalow for my mother-in-law to rent so she moved to our town and was quite content. She had her hanging baskets and tubs to enjoy (which I planted for her) and a bird table.

When her osteoporosis caused her to be hospitalised for 16 weeks for 2 fractures to both collar bones we knew she was deteriorating fast.

After she was out of hospital my mother-in-law tried to remain independent despite living with debilitating conditions but a medication change meant that she began to suffer from delusions which were frightening episodes to witness.

I was 9 months pregnant with our second son and had walked half an hour to see her with my eldest in the pushchair to find that she wouldn’t let us in. She flat out refused to open the door and it was only after realising something was seriously wrong with her that I called the police to gain access.

After this her mental state worsened significantly. She refused to eat and had to be sectioned under the mental health act. She was admitted to a mental health unit and missed the birth of her second grandson whilst she was there. It was a difficult time for her and for our family.

When the day eventually came to bring my mother-in-law home again we had both sons with us in the car. I rested a patchwork quilt I had lovingly made for the pram on the car roof whilst I helped her in. In our concentration we drove off with it still there, never to be seen again!

Years ticked by and she began to have falls which meant 4am drives for me or my husband across town to pick her up of the floor.

The “funniest” one was one New Year’s Eve. I had been out in fancy dress, as is the tradition in our town, and subsequently a rather drunken “Adam Ant” needed to get to her mother-in-law to lift her after falling again.

It was impossible to get a taxi and I couldn’t drive! I phoned the emergency services and they were absolutely brilliant. They sent an ambulance to collect me, drove me to my mother-in-law’s and waited to take me home again.

I won’t pretend there haven’t been times I’ve felt trapped but catching her legs with the car door taking her home from the school nativity created a new twist to our relationship. What would have caused a small dent or bruise to healthy legs caused leg ulcers from hell which took 18 months of care to heal. She put up with soaking wet dressings in between nurse visits with dignity until I took over the sometimes twice daily chore.

When our children were hospitalised for things various – broken bones and asthma attacks – it was hard feeling responsible for my mother-in-law’s care whilst knowing I couldn’t be there for her right that instance. I always felt torn but I knew my children were my priority. Oh, but the guilt! The guilt could sometimes be overwhelming.

Summer excursions with our boys were always cut short by needing to “go to Nanny”, there was a loss of freedom for us all and it was always my husband at weekends who bathed our sons in my absence.

There came a time when I was really beginning to feel the strain. I held my emotions in and tried not to show the strain my caring role was taking on my and my family’s life. I felt trapped 7 days a week.

I loved my mother-in-law dearly but the pressure was just too much, I was both mentally and physically exhausted. One day I fell to my bathroom floor hysterically crying. Something had to give and that something was me.

I phoned our local care authority in floods of tears admitting I couldn’t cope any longer. It felt like betrayal. I was assessed by social services within days and an agency was put in place for weekend visits to my mother-in-law.

I felt like I was handing my “baby” over to strangers and I wrote pages and pages of notes detailing her likes and dislikes, what to do and what not to do. After a short while with carers coming in my mother-in-law began to quite enjoy the conversation other peopled provided, although she made it abundantly clear she would always have preferred me.

Soon the difference to my mental and physical health was dramatically noticeable. I felt relieved that my mother-in-law was being cared for by professionals who had taken the responsibility on their shoulders.

My mother-in-law died 8 years ago, her wish of never going into a nursing home honoured, I felt no guilt. Looking after her for 12 years of my and my family’s life made me the person I am today -tough at times but immensely rewarding too.

Caron is a self-employed home help for the elderly as well as an eldercare blogger. She provides a comprehensive care service to manage the needs of those who want to remain independent and in their own homes. If you’d like to know more about Caron’s work do get in touch with her.