Caring for a mother-in-law with cancer 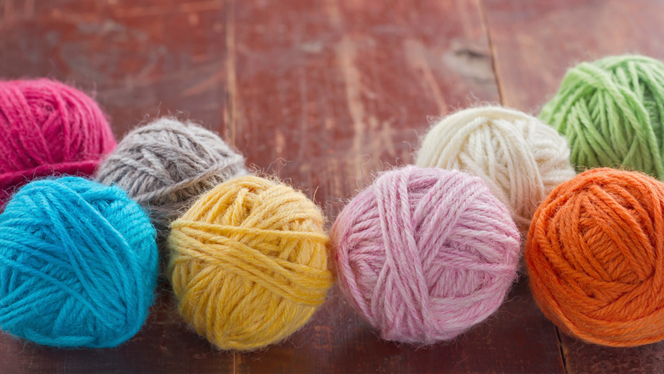 Adrienne Gruberg, founder of The Caregiver Space, shares how she adjusted family life to care for a mother-in-law with Lymphoma whilst her own husband battled lung cancer.

My mother-in-law, Sylvia – all four-feet-ten inches of her – was a spitfire of a lady! At eighty-nine, she was one of the most resilient people I had ever known. Her husband, who had suffered two heart attacks as a young man, died of lung cancer when she was only sixty-two. She had cared for him throughout the course of their marriage, putting his wellbeing above all else.

The road to diagnosis

Once widowed, Sylvia continued to live in the same apartment where she’d raised her sons, choosing to restrict herself to her Brooklyn neighbourhood, except when it came to visiting family. She wasn’t a complainer, but she hadn’t been herself for a while. Her doctors were all in Brooklyn, and during the course of about a year my husband, Steve, and I had been meeting her at one specialist after another in the hopes of finding the cause of her drastic weight loss and near-crippling depression.

On an unusually cold and rainy day in September 2008 we attended a memorial service for one of her sisters-in-law. I sat opposite her at lunch and it was clear to me that she was very ill. She was staying with us that night and I told Steve I planned to call our internal specialist in the morning to have him see her immediately.

Our doctor made the time, and after a very thorough examination, he had us take her for a scan and an ultrasound. The diagnosis was made on the spot—Syl had Lymphoma. The following day we took her to the oncologist/haematologist, and the day after that she was admitted to the hospital to begin her chemo treatments.

Steve and I agreed that Syl should move in with us in Manhattan, where she would get the quality of care she needed – both medically and emotionally. I was already a caregiver to my husband who’d been diagnosed with lung cancer a year and a half earlier, and I knew the lion’s share of her care would fall to me.

“Care” varies greatly from person to person. My mother-in-law’s care was going to take centre stage for a while – she was rail thin, nothing fitted her and she would stare at her reflection in disbelief, feeding her depression. It was clearly time for a make-over.

The day she was diagnosed, I called my hairdresser and he was able to squeeze her in for a haircut. Her chemo would cause hair loss, but a new “do” did wonders for her state of mind. I was in the super caregiver zone, and put together a new wardrobe for her in one evening. Being catered to and having her family with her was a shot in the arm, but she still needed treatment.

Coping with caring for my husband and his mum

Eleven Center is the cancer ward at Mt. Sinai Hospital – a place I was already too familiar with. The day she was admitted, I had a very anxious mother and son on my hands and as I write this, it dawns on me just how difficult this ordeal was. Steve was a mess and needed his hand held, yet he insisted I never leave Syl’s side. I was just one person.

Her good nature and broad smile endeared her to the hospital staff in no time. I’d already learned the value of relationship building with the nurses who all remembered me and promised to take extra good care of Syl.

For the next few days, I’d arrive at the hospital at 10 in the morning and stay until visiting hours were over at 9 o’clock in the evening. Steve would show up for a couple of hours towards the end of the day – most days – understandably, hospitals were not his favourite place to be, especially at that time.

Though tiny and near ninety, Syl’s body tolerated the chemo remarkably well. She was a model patient and followed doctor’s orders to the letter. She would receive treatments for a week, once a month for six months.

Once home, she had to be taken to oncologist to test her blood levels two to three times a week and get shots if she needed them. Occasionally, she’d need a transfusion. Again, I never left her side- – I needed to be there to ask the right questions. We all learned to roll with the punches and Syl handled her new routine surprisingly well.

Adjusting to a new schedule

Happily, we had a great relationship and she always let me know how grateful she was to have me as a daughter-in-law. At her age, she was not about to change her day-to-day doings, and our household had to adjust to hers. Cheerios with skimmed milk for breakfast every day and Ivory Snow for laundry were at the top of the list.

She’d wake at 9 am, have her cereal, then go back to bed until 11, when she’d get up and shower. Occasionally she’d need to nap after her shower, depending on how long it had been since her chemo. She didn’t need any assistance, but I’d called our contractor to put safety rails in her bathroom. You never know when she might need them.

I did my best not to make appointments at the doctor’s until 3 pm. because she didn’t like to rush. On the other hand, she was always ready an hour before she needed to be and didn’t like waiting.

Dinner needed to be ready at exactly 7.30., which meant immediately after “Jeopardy”.Then she’d make her nightly call to her sister-in-law. After that, she’d either play solitaire on the computer for hours or, if “her shows” were on TV that night, we’d watch them together in the living room. Just Syl and me on the couch. Steve was busy doing “his thing” and knowing I was caring for his mother put his mind at ease. My mind was at ease because I was in control of the day-to-day.

Being prepared for care responsibilities

Even before we were married (and we were together for thirty-two years), it was understood that if anything were to happen to Steve, I’d be the one to care for Syl – in fact, it was included in his will. So it was very lucky that Syl and I got along so well.

Had it been my mother undergoing chemo, I would never have been able to have her live under my roof. I may be a great caregiver, but the best I could do for my own mother was to be there long-distance, visiting for a week at a time, leaving most of her care to professionals.

My way of caring for myself too

In late 2009, the time came when I needed some help with Syl. Steve’s condition had worsened. He needed surgery again and it was time for my sole focus to be on him. I’d been spending all my time keeping Syl amused and healthy, but my attention could no longer be divided.

We needed someone to be her companion and I called and asked my “go-to guy” to send three people over for Syl to choose from. Making her part of the process helped her accept the situation. She felt she was doing it for her son.

Earlier that year, I joined a weekly online support group that acted as a safety valve for me to let off the steam from built-up stress. Caregivers hear “Make sure you take care of yourself” to the point where it makes them sick. We know that – it’s just easier said than done. This need motivated me to found The Caregiver Space in the USA, so that people like me could find support easily.

When Syl passed away, she was going through a third round of chemo. After her second round she had said she would never do it again, but when the doctor gave her the option, she jumped at it. Her ninety-two-year-old body couldn’t handle it though, and she died in June of 2010. Her son—my husband Steve—succumbed to lung cancer in March of 2011 at sixty-nine.

No doubt, the two and a half years Syl lived with us was the most trying time of my life. Nevertheless they were also the most rewarding. The intensity of the experience was mixed with reminiscence, advice, knitting lessons and gratitude. Love and respect go a long way when you’re caring for your elders. Add patience, empathy and a sense of humour and weathering the experience will leave you all the richer.

The Caregiver Space is a U.S. website focused exclusively on the needs and welfare of carers. It’s open to everyone 24/7 offering a connection with like-minded carers as well as experts in grief and trauma and specific health issues.