A visit to the dentist in social distancing times 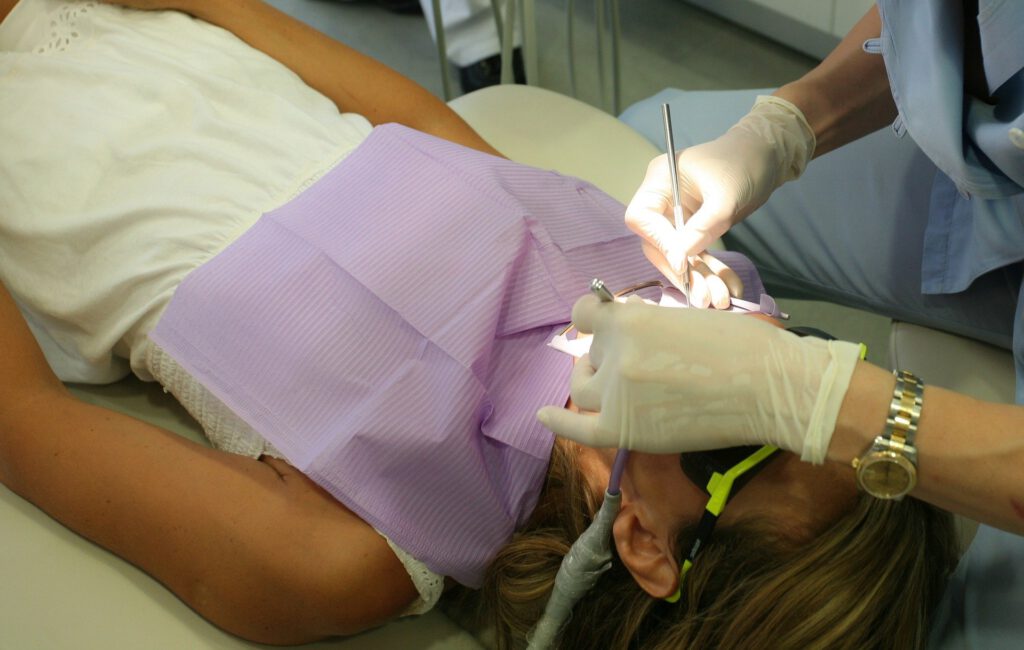 I went to the dentist today.

A few months that really wouldn’t have been worthy of a blog, unless I was feeling particularly self-indulgent. But in these bizarre times, it was another bite of unreality.

I actually had no idea dentists were open again for normal appointments. And I hadn’t checked my really empty diary for a while, so I had forgotten I would have been due a visit in the real world.

That means when the receptionist called on Thursday to remind me and ask me if I could come in at a slightly different time, I was slightly nonplussed.

I had been hiding behind my front door since before lockdown began. Not shielding, but with enough ticks on the list of factors that mean I would be at risk of having a really horrid time if I caught the virus.

Logically, then, it didn’t make sense for me to venture out for a face-to-face transaction with a dentist when I didn’t even have toothache. And I did think about deferring.

But two things changed my mind.

One, I was getting twinges from time to time. And wouldn’t it be better to know that everything was alright, and to feel the benefit of freshly cleaned teeth? (Of course everything might not be alright, but that was a risk I could take.)

More importantly, perhaps, I was starting to worry about the gap between those of us who wanted to stay in self-imposed exile, and those who were now starting to go out to work and shop in a semblance of normality.

So, after listening to the new arrangements for my appointment, I decided to go. And I’m glad I did – I think.

Here’s how it worked at my surgery. Others may be different of course.

I parked on the forecourt and the receptionist waved me in. I put my signature to the forms on the tablet as usual. To start with I was trying really hard to touch as little as possible, but, as the receptionist said, she would have to clean down everywhere that I had passed anyway, so not to worry.

Then I put my bag and sunglasses in a box before entering the dentist’s room. That was certainly different.

Dentist and staff were all kitted up with facemasks and visors. Facemasks are de rigeur at this dentist anyway, so again not that much different. And the visors were pretty lightweight, so not as intimidating as I’d feared they might be.

Before we started, the dental nurse took my temperature with a contactless themometer. I passed.

The checkup by the dentist took 3 minutes max. He muttered things through his mask, but I don’t have good hearing, so no idea exactly which bits were of some concern. Nothing that needed immediate action though it would seem.

Then the dentist took on the hygienist role, and gave my teeth a clean. No sonic cleaner though – that’s not allowed because of the splashing. So back to basics with that metal hook thing. Nowhere near as good a clean, but better than nothing. Sad that I didn’t get full marks for my cleaning in the last six months, as awarded previously by the real hygienist. Not working hard enough with the inderdental brushes he thought. I beg to differ, but why argue with your dentist?

And of course, the bill was for both services, even though the total time spent on my oral care was significantly less than usual.

However, I do understand that businesses need their customers back, even if they’re seeing far few patients in the day than pre-Covid. And while a dentist may not be a low earner, there are costs associated with getting back to work. They have, for example, bought in the full suits that mean they can carry out the splashier procedures, but they’re waiting to have them fit tested, and will have to pay several hundred pounds for that pleasure.

So, teeth cleaned and checked. Plenty that he’s going to be keeping an eye on in future, again. But maybe by the time I go back in January, life will be far closer to normal. Something to aim for, anyway.

Image by mistcaller from Pixabay