How to cope with early onset dementia 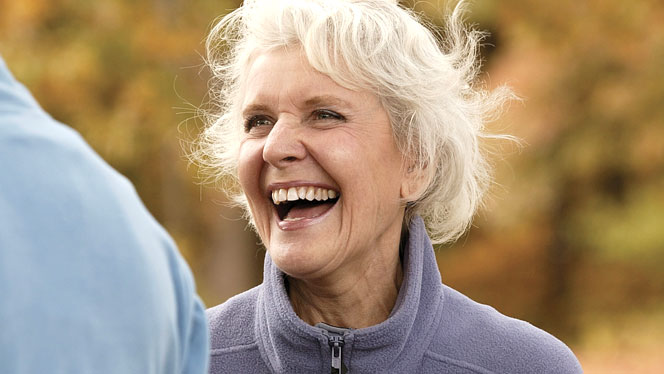 Caroline Blanchette and Dr. Jacqui Hussey, trustees of charity Younger People with Dementia (YPWD), talk about the difficulties people face when a loved one develops dementia at a younger age and offer practical advice on how to cope with an early onset dementia diagnosis.

This is something that could happen to our friends or siblings and although we hope this is not an eventuality it’s good to know that there are organisations like YPWD who can help us in supporting them and their children.

Most people these days have heard of dementia, but there are many different types. The most common are Alzheimer’s disease, then vascular dementia. Less common forms are fronto-temporal dementia and Lewy body disease.

That’s a whole lot of medical terminology which is difficult for any of us to remember but just imagine how your parent must feel if they can’t remember the meaning of every day words, where they left things or even whether they’ve visited the shops that morning.

Many of us know an “elderly” person who has become forgetful. Maybe one of your parents struggles with their memory. But over 17,000 people in the UK get dementia in their 40s, 50s or 60s. In this age range your parent would still be working, paying for their house, physically active and in complete control of what they do every day. But if you parent has early onset dementia all these things ultimately become much more difficult and may stop altogether. They might have to give up work or stop driving, even holidaying to foreign destinations could fall out of reach – your parent may no longer remember where they live.

We, of course, don’t want to scaremonger but if your parent develops early onset dementia they may become reliant on you or other family members much earlier than expected. A parent with dementia in their 50s, who could have 40 years ahead of them, is likely to become dependent on you for support which means that you’ll be caring for both your parent(s) and your children. Families can struggle to come to terms with this possibility.

It can be hard to recognise the changes and difficulties which come with a parent’s memory loss. With dementia there can be other changes too – your parent’s personality can alter and they may start doing unusual things which can be embarrassing. As many as half of your family are affected by psychological distress when a parent, or grandparent, has dementia but all family members are affected in some way.

The best way to cope with an early onset dementia diagnosis is to meet other people in the same situation. Many people are their parent’s carers as well as their children’s and finding that support in someone who understands what you’re going through is vital.

YPWD (Berkshire West) was set up in June 2012 to help not only younger people with dementia but also their families. They provide social opportunities for those coping with early onset dementia and their families to meet others in similar circumstances – going to the theatre or open mic nights are just two events that they have had success with.

It is also really important that you and your family still do things together with your parent. This may sound simplistic but social inclusion is essential to your parent’s wellbeing when they have early onset dementia. YPWD has set up its own choir which enables families to enjoy time together whilst remaining in a safe environment, supported by staff when needed.

The charity also runs a series of workshops so that the person with memory difficulties can still feel that they have a useful role within their families. Our parents can often feel ostracised when they sense we’re treating them differently.

Helping your parent to remain active and physically fit has been known to help slow some symptoms of dementia. Many leisure centres and local trainers provide fitness classes that are aimed at the slightly older and some organisations have developed specialised exercise programs for dementia sufferers. YPWD runs a series of exercise workshops – dance and water sports with plans in place to set up a running club. For the less active they also provide a regular “walk and talk” group.

YPWD are lucky enough to have an Admiral Nurse on staff to provide individual support for those who really need help on a regular basis. Your parent may not need an Admiral Nurse’s support but there may come a time when it’s necessary to ask for outside help and Admiral Nurses have proven to be indispensable for the care of dementia patients.They particularly help family carers cope with a loved one’s dementia. To find an Admiral Nurse near to you, or your parent, click here.

YPWD has recently released British Seaside – Books for Younger People With Dementia the first book of a series – Life in Picture Books. British Seaside comprises a collection of beautiful images and memory prompts, which are specially designed to aid reminiscence in younger people with dementia.

Our aim is simple. We want to ensure that people live well with dementia.

If you would like to help in any way, there are plenty of opportunities to volunteer or fundraise. Please contact Charlie Draper, Operations Manager, via e-mail for more details. Find out more about the workshops YPWD offer which include: orienteering, gardening, history of Reading tour, art and furniture restoration by clicking here.