How can we tell if a parent has Alzheimer’s disease? 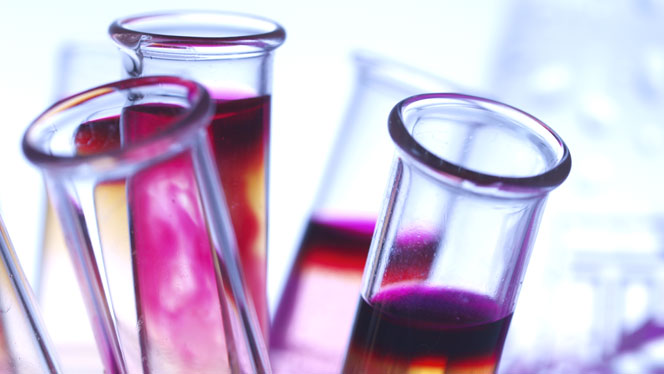 Dementia is a frightening prospect. How can we tell if our parents have it? Could we get it? Are there any treatments? We’ve been talking to Re:Cognition Health, the “brain health experts”, about diagnosis and drug trials.

In the first of two parts we look at how we can know if it’s time to worry and what steps to take.

We start with a few definitions.

Dementia and Alzheimer’s disease are not the same

People often use the terms dementia and Alzheimer’s disease interchangeably. They’re not quite the same.

Dementia is an umbrella term that describes the outcome of a number of diseases, one of which is Alzheimer’s. There’s also vascular dementia, caused by an interruption of blood supply to the brain. Other common causes of dementia include Lewy Body disease and a whole raft of rarer causes such as encephalitis, CJD and syphilis, to name a few.

Just to complicate the issue, these causes don’t exist in isolation. It’s quite possible that someone is living with a mix of Alzheimer’s disease and vascular dementia, both with their own symptoms and treatments.

Alzheimer’s disease and mild cognitive impairment are not the same

Getting forgetful happens to us all. We start to lose the ability to instantly recall people’s names as early as our 30s. And it is perfectly normal to experience embarrassing incidents such as “Why did I come upstairs?” This is just due to a lack of concentration.

More concerning is experiencing a condition known as mild cognitive impairment (MCI).
This occurs when we are aware we are having difficulty with our memory and other executive abilities that is greater than expected for our age and level of education, but which does not interfere with our normal everyday activities.

This is important as more than 60% of people experiencing this do develop symptoms of dementia due to Alzheimer’s disease over the next three years.

However, there are plenty of other causes of mild impairment of our cognitive function, including depression, recreational drugs, dysphasia, delirium, infections such as sepsis and pneumonia – and just ageing. Alzheimer’s disease is just one possibility on this list, but as we grow older it becomes the most common cause.

Symptoms of the early stages of Alzheimer’s disease

Diagnosis of early Alzheimer’s disease is not easy. If your parent appears to have MCI then it’s important to rule out the other potential causes.

Once that’s done it’s time to look at whether the impairment is actually affecting their ability to cope. Even that must be tempered. If someone is trying to learn how to fill in a tax return for the first time at the age of 75 and fails, that’s not necessarily Alzheimer’s disease. It’s just age.

However, if they’re starting to struggle to do things that used to be easy, that may be a sign. It’s the Christmas dinner test. If someone used to be able to create a meal with all the components ready at the same time but now can’t make it happen, that could be Alzheimer’s disease at work. If someone is unknowingly repeating the same stories or forgetting what you told them very recently, this is of concern.

Alzheimer’s disease generally doesn’t affect personality until very late in the day, so if your parent is showing signs of aggression that may point to a different path such as vascular dementia.

Perhaps the most important capability that Alzheimer’s disease takes away is insight. This means that people with the disease will not be aware that there’s anything wrong, so persuading them that there is a problem and they should see a doctor will not be easy.

If and when your parent does agree to see a GP then you or someone else who knows them well should go with them. That’s because the loss of insight will mean your parent won’t be able to accurately answer questions about where they’re struggling.

If the GP agrees that there is a possibility of Alzheimer’s disease they will refer your parent to a consultant. Be aware thought that because the diagnosis is so hard to make you may need to argue the case if you are convinced that something is not right.

A consultation should look at both mental capacity and medical history. You’ll be able to answer questions about changes in insight and behaviour as well as whether there have been changes in physical capabilities such as walking, speech and use of language. Medical history such as strokes and heart are also important.

In some cases an “amyloid” scan can clarify whether Alzheimer’s disease is present or not. These scans aren’t currently available on the NHS and cost around £2000 privately.

The earlier the diagnosis, the better the effect of treatment. Recent advances in medical imaging allow doctors to make a diagnosis or Alzheimer’s disease while the individual has only mild symptoms of cognitive impairment. That’s a very significant step forward from the situation just a few years ago when Alzheimer’s disease could only be diagnosed when one had developed advanced symptoms of dementia.

In the second part of this article (coming next week) we look at the efficacy of treatments currently available, drugs now being trialled, and whether testing is worthwhile if there’s no cure.