What happens during a cataract operation? 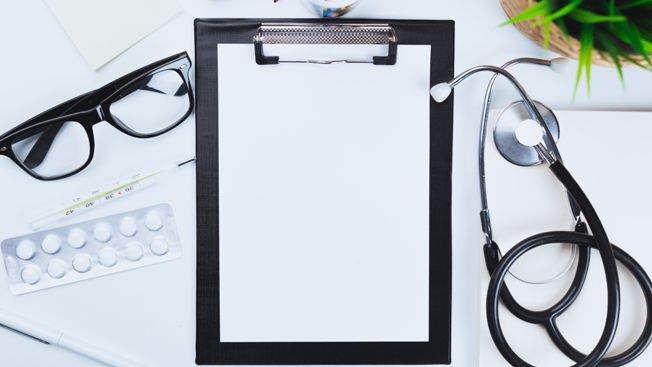 Operations to remove cataracts and improve eyesight are carried out every day across the country. Knowing that doesn’t necessarily lessen the fear of what exactly is going to happen.

John Harrison, owner of the Allotment Garden, describes his experience to help others about to go through the same procedure.

I was sitting in the car waiting to pick up my wife when I happened to rub my right eye. Much to my surprise the world was suddenly very blurred. My first assumption was that there was something on the lens of my spectacles but, no, they were clean as a whistle. It was definitely my left eye at fault.

I must admit to being terrified at the thought of losing my sight. Who wouldn’t be? On getting home I rang the doctor’s surgery and it was suggested I’d be best off seeing an optician.

Two days later I was sitting in the opticians having a full eye test. Simply put, with my right eye I could read the letters to halfway down the chart but with my left it was a case of “where’s the chart?” The optician diagnosed a cataract and referred me to the eye clinic at the local hospital.

I would advise everyone to go for a regular check up at the opticians even if they think their sight is fine. Opticians are highly trained professionals and do far more than measure you up for spectacles. There’s a range of problems that they look for such as glaucoma and the sooner they’re diagnosed the easier they are to treat.

Some cataracts are slow to develop and others fast. Mine was fast, but whatever sort you have, your brain works against you. It miraculously compensates for a problem so you don’t realise you have one until it gets pretty bad.

About a month later my hospital appointment came through and after the examination the doctor confirmed it was a cataract. It required surgery and they’d be in touch in a couple of months. Actually they were actually faster than that. I think I got a priority appointment as it was so far developed.

Like a lot of things in the NHS, waiting lists vary in different areas, but generally it’s not bad for cataracts.

The cataract operation was set for a Thursday. I got myself into a right old funk on Wednesday night, with hardly a wink of sleep. By 5:30am I was seriously wondering if it would be so bad to just carry on without it.

Having been awake all night, by the time I got to the hospital I was too tired to be scared. I arrived at Ysbyty Gwynedd (Gwynedd Hospital) at 2:30pm to find I was last on the list, so I had to endure a two-hour wait. Being Mr Cool, I dozed off, or maybe it was something to do with no sleep the night before.

Next I knew they made me sit in a chair and wheeled me through – more eye drops and out came the surgeon with a hypodermic. “Oh Golly!” (or something similar) I said as sheer terror grabbed me. He laughed and said I wouldn’t feel it and he’d be worried at the thought of a needle in the eye. And I didn’t feel it at all.

Then onto a table and they sort of wrap your head up in seconds and we’re away. I think it was about 15 minutes of slight pressure, odd noises, instructions like “look up”, “look down”, and then the most amazing psychedelic light show since Timothy Leary.

I was very aware of having to keep as still as possible so felt very cramped after lying tensely, even trying to breath shallowly and not to cough. Also, the second I got on the table, my first thought was I should have popped to the loo first!

Then I was wheeled back to the recovery area for a cuppa and a biscuit (ahh, tea cures everything) along with a pill that would make my fingers tingle, reduce pressure in the eye and make me pee more. Obviously after the psychedelics we were moving onto the harder stuff!

I noticed at this point I could actually already see a bit better than usual.

Half an hour later the nurse walked with me to the car which my wife Val had brought round to the side door. I was unsteady on my feet at that point and vision – with no specs on because of the eye shield – was blurry. All in all, though, it wasn’t as bad as some visits to the dentist.

I felt reasonably good in the evening, ate a light tea and early to bed – although the tingle finger pill had me up every two hours through the night!

Friday arrived and off came the protective eye shield. Blood shot does not begin to describe it. I looked like I’d got in the boxing ring with Mike Tyson and I’d not won.

I felt pretty sorry for myself. I was more shaken than I expected and whilst the eye didn’t hurt as such, there was a bit of an ache and it did feel as if some grit was in it. I kept reminding myself “Do not rub or touch your eye!”

As each day goes by, the soreness wears off and it looks less bloodshot. Overall it’s well worth the discomfort for the amazing result. My sight to the left is now clear, which I expected, but everything is brighter which I hadn’t. There’s a blue tinge to light and the bathroom halogens are too bright. It’s lovely!

Incidentally, I had an appointment to check for glaucoma yesterday (all clear, phew!) but the amazing thing was that with my left eye I could read the bottom line of the test chart. I’ve not had that level of vision since I was 13!

One final point – our hospital department seems to run like a well-oiled machine, smooth and efficient but just as important to a terrified patient, from the nurses to the consultant, they are friendly and caring with a sense of humour. They all deserve a huge thank you.

Find out more about the symptoms of cataracts here.