The plight of Parkinson’s 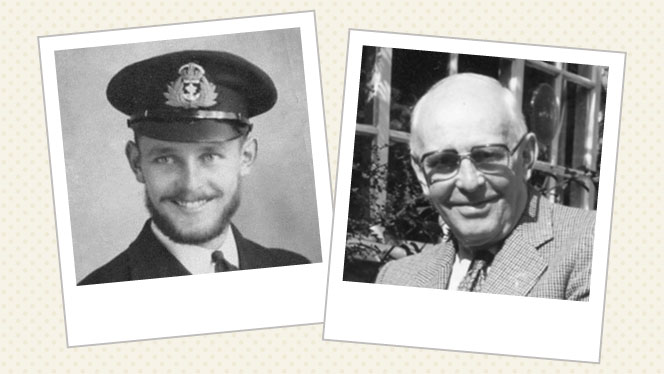 In honour of Parkinson’s Awareness Week 2013 we have a special story from the grandchild of Britain’s leading 20th-century naval historian whose death marked the loss of a great man who gave his all as a naval officer, father, grandfather and historian. Parkinson’s made him pay the price for his amazing life.

It was a cruel twist of fate. My grandad spent so long researching the past, and cataloguing the naval history of WWII, that when he was diagnosed with Parkinson’s his present seemed to be snatched out from under him.

I didn’t really understand what it meant and what would happen in the years to come. I was 17 years old. Perhaps I was too young to fully appreciate the gravity of such a diagnosis or what impact it would have on my grandad’s life, my father’s life and indeed my life in the years to come. There was one thing I was sure of, everything was about to change for the worse.

The last time I visited my grandad at his nursing home in Chiswick I couldn’t even bring myself to get out of the car. When you’re as young as I was you often make knee-jerk decisions. I was frozen and distraught. I look back at it now and believe myself to have been weak and selfish. The guilt overwhelms me. He died shortly after that visit, my wasted chance to see him one last time. It wasn’t that I didn’t want to see him, I did very much so, but the granddad I knew wasn’t the man I was going to see. I have no doubt that he was there in mind but he was dealt an unfair hand that meant he could no longer communicate. Parkinson’s silenced him.

When I was a child we had had some great times together. I’ll always remember him as an adventurous and brave man who fought for his country. He loved taking us for country walks, he had lead a very active life for such a long time and now this debilitating disease had taken a hold of him. When you’re younger people often think you don’t realise what’s really going on but I came to know only too well the devastating effect Parkinson’s was having on my grandad’s ability to express himself. He was an extremely intelligent and articulate man who had always engaged in conversation with everyone he met. His body had become completely at odds with his mind. He could no longer write, which had been his livelihood after the navy, as his arms and shoulders had seized. Parkinson’s had crippled him.

I don’t think my parents fully realised how much my sister and I were aware of in terms of my grandad’s deterioration. He couldn’t live at home anymore and this upheaval to our routine visits at the weekend made me anxious that everything was really not alright with grandad. He was diagnosed with Parkinson’s in 2007 and just 2 years later he died.

Even though he’s been gone some time I can’t talk about my grandad without welling up. He meant the world to me and to my father and even though he’s in heaven now it’s always a case of what more could we have done?

Although the burden of organising care for my grandad did not fall to me I felt such regret that I had not always been there for him during a time when he probably needed me the most. As painful as it was to see him not as I knew him but as the Parkinson’s had made him with hindsight I know that just being with my grandad, being present during visits to his nursing home, would have been of enormous benefit to his health and happiness. It would have done him good just to see my face and to know that I was there to spend time with him despite our communication being limited. It would have made him feel better if I had visited more and it would have been comforting to my father if we had gone together as a family. If you have struggled with feelings of guilt – should have, would have, could have – I want you to know that you’re not alone.

Read how Rebecca’s father felt about his dad’s illness.

Are there times when you worry about the impact your parent’s illness is having on your family? Do you worry that there’s more you could do/ could have done? Let us know.