Talking about death over dinner 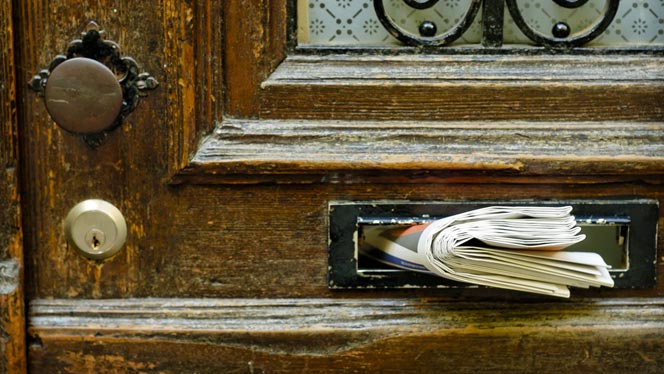 Our storyteller shares how broaching the subject of dying with your parents doesn’t have to be hard, especially when your mum brings up her own death at the dinner table.

When Sunday lunch turns into a talk about keeling over you know that you’ve entered strange territory with your parents. Mum, who likes to say she’s the same age as the Queen rather than state the exact number, made a joke about death this weekend that took us all by surprise.

Since she moved back to her remote cottage there have often been days when I’ve worried about her welfare and safety yet during dinner she told us how 3 neighbours and the postman had recently thought she was dead.

Mum has been having trouble sleeping due to pain from her arthritic hips and a few Sundays ago she had had a particularly disturbed night. For mum not being able to get a good night’s rest exhausts her. When she spends her days taking pills every 2 hours to manage her painful joints not getting enough sleep can be harmful in terms of keeping to her pill regiment as well as general tiredness and aches.

Instead of mum’s usual routine of waking up early and retrieving the Sunday Times from her post box she decided that she’d lie in to catch up on sleep. Just before midday she was awoken by banging on her front door. Whilst she’d been having a leisurely morning in bed a group of neighbours headed by the postman had gathered outside her front door.

Mum stuck her head out the bedroom window looking down on the hubbub below – a welcome face to all those concerned about her. It turned out that the postman had noticed mum’s Sunday Times was still stuffed in her front door and her living-room curtains were still drawn and so he raised the alarm with her neighbours.

The fact that mum’s postman including a whole host of neighbours were quick on the scene once they’d feared the worst restored my faith in community spirit. Whilst the news seems to be riddled with reports on how we live in a fractured and uncaring society it was a welcome surprise to hear how mum’s neighbours rallied round her all because she didn’t draw the curtains or read the paper that morning.

As I listened to mum recount the commotion she caused – assumed dead when having a lie-in – it somehow broke the tension surrounding discussing the topic of death. We’ve tended to skirt around the subject more often than not, ever since dad died from Parkinson’s several years ago.

Having one parent left, living alone, with health that has been known to decline at a rapid rate, raises that same feeling you have when your children hurt themselves for the very first time – an overwhelming desire to protect them. But you can’t protect them forever.

To hear my mum talk so candidly about how hilarious it was that her neighbours feared her dead was oddly reassuring – like she thought the idea of her dying any time soon was funny.

Indeed mum found the whole thing hysterical. Not only did she recount the tale amidst fits of laughter she went on to say that her neighbours needn’t of worried as she’s got herself a personal alarm.

I couldn’t believe it. The same women who had been so resistant to aids of any kind, not to mention alarms, had seemed to soften to the realities of her situation. With family living far away mum has somehow come to the conclusion that she can’t just rely on the kindness of neighbours to check she’s doing ok.

I breathed a huge sigh of relief as I sat listening to mum share how we’d know right away if she’d been carted off to hospital or had perhaps taken a turn for the worse; that she’d be discovered within hours thanks to her trusty alarm worn around her neck.

She said it brought her a sense of security knowing she could press the button and help would immediately be on its way. It certainly brought me a sense of comfort as she continued to quip “I won’t be a cold corpse lying on the floorboards for weeks undiscovered – ‘The mystery of the Sunday Times’ – don’t worry darling!”

No one likes to talk about the possibility of their parents dying, in fact we often hold our parents in that place in our heads where they seem to be invincible – immune to death. Yet there I was eating Sunday roast laughing and joking with my mum about her leaving me for good one day. I didn’t feel that sense of fear I once did about her dying instead I felt relief that she herself didn’t fear the end of her life.

Maybe it’s true that our elders do want to discuss death with us but that we’re the ones resistant to talking about it. Whether we broach the subject with our parent or they bring it up be open to what they have to say. I know that if I hadn’t let my mum tell her story we’d both still be anxious about the future.