Treatment and care to slow the progress of dementia 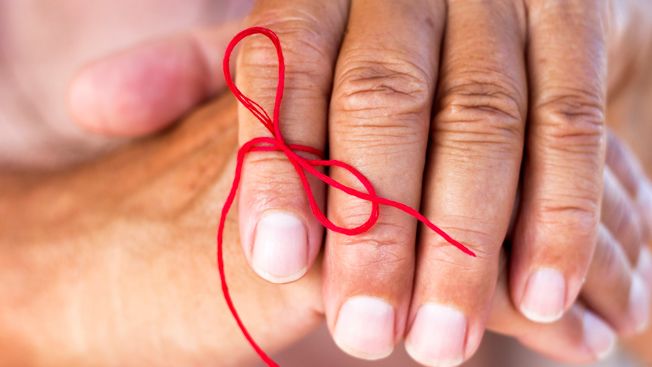 With escalating demands on the care industry fuelled by the growth of dementia, Nicola Mewse, Managing Director at Hales Care, summarises current and potential future treatments for this life-limiting disease.

The latest statistics have helped to provide a fresh boost to dementia studies which hope to slow down dementia-related illnesses. While the care industry in general is facing a funding crisis, it’s hoped that those with dementia will soon find themselves with better care prospects and care services through funding.

We’re often bombarded daily with facts and statistics surrounding the state of our health and dementia is no different, with many new studies claiming to have found the way to prevent us developing dementia.

Often such studies are yet to be carried out on humans, and the recent news that drinking three glasses of champagne a day can help to prevent dementia is one such story. Drinking champagne supposedly improved spatial memory and the elements within champagne are thought to protect brain cells. It’s important to note the study was carried out on rats, so whether the theory proves the same for humans remains to be seen.

Keeping active and physical is also thought to help our mental health too, with fit legs supposedly equaling a healthy mind. A study suggested that mental ageing was better when leg strength was stronger. The benefits and theory behind this remain to be seen. However keeping fit and healthy throughout life can help to reduce the risk and overall impact on our mental health.

Diet is also thought to make an impact and feasting on a Mediterranean style diet was found in one study to reduce the speed of loss of brain cells over time. Those who followed the diet had a larger brain volume and were found to have aged five years less compared to those who didn’t follow the diet. A Mediterranean diet includes eating a large quantity of vegetables, fruits and fish, with a low volume of dairy and meat. Eating more fish was found to reduce brain shrinkage and promote a healthy mind.

For those who already have dementia, it affects a person on many levels, so that they have trouble carrying out daily tasks and making decisions. It worsens progressively over time and you may see the person acting out of character and having issues with language and memory.

Current treatments are designed to slow down the progression of the illness and to help prolong life span.

A variety of drugs are used to prevent the worsening of symptoms, with some treatments available on the NHS. Sadly, it seems that those who live in more affluent areas in England are 27% more likely to be prescribed anti-dementia medications, suggesting that a postcode lottery exists for those with dementia throughout the UK.

It’s important to remember that not everyone will respond to or benefit from the drugs used to treat dementia and it will vary according to the severity and progression of the dementia in the patient.

Some treatments which are currently offered through the NHS include acetylcholinesterase inhibitors which are used to treat hallucinations associated with dementia, and memantine hydrochloride which blocks a dementia chemical which originates in the brain. Other treatments include anti-psychotics that are sometimes used when a patient displays a disruptive behaviour pattern, although this is thought by some to be treating the symptom rather than the cause.

Donepezil is a drug which is said to prolong the time a patient spends in their own home before moving into a care home, with 20% living in a nursing home within a year compared to 37% of those who did not take the drug. The drug is also cheap to administer, as a year’s supply can cost £21.59, making it a popular choice amongst doctors who wish to slow down dementia in patients with a mild to moderate form of the illness.

It’s also common for those with dementia to suffer from depression, so anti-depressants are often prescribed for people who require them.

Psychologically, dementia can also greatly affect a person’s wellbeing and cognitive therapies may also be used to improve mental health. Psychological treatments may involve exercises or activities which focus on improving memory or behavioral therapies which aim to change bad behavior patterns.

There are also steps a patient can take to prevent further dementia symptoms. Management of risk factors such as blood pressure, cholesterol, and giving up smoking are all cited as helping to slow down deterioration.

New clinical studies are continually being carried out by leading organisations within the medical industry. Reports from the Alzheimer’s Society conference in November 2015 summarise a raft of new developments which aim to not only slow down dementia or alleviate symptoms of dementia such as agitation. Studies at present are being carried out on those who have early signs of dementia or mild impairments.

A FINGER study conducted in Finland was found to have a positive impact on mental health in the elderly. The study focused on improving physical and brain activity and eating a nutritional diet alongside the monitoring of other health issues. Those who took part in the study has a 30% less risk of mental health decline and were 50% less likely to develop problems with carrying out everyday tasks.

In another study low zinc levels were identified as a cause of Alzheimer’s contributing to a poor memory. The study suggested that zinc supplements would help to reduce inflammation relating to chemical changes in the brain.

Other work has looked at whether dementia can be avoided after a stroke by prescribing drugs to help reduce blood pressure and lower cholesterol – all factors which may contribute to vascular dementia.

Caring for someone with dementia

As providers of care at home we have seen how good dementia care can help to maintain overall well-being.

Dementia care is designed to promote independence, reinforce a positive approach and allow the person to remain in familiar surroundings. A bespoke care plan identifies individual requirements and enables the person to continue normal routines as much as possible, with assistance from the care worker when needed.

Our concerns about care funding

With the number of people diagnosed with dementia set to rise, it’s predicted there will be a £4 billion shortfall by 2020 in the care industry, which has led health organisations to call for council-funded care to be protected in a similar way to the NHS. At Hales Care we believe familiarity of care is essential, in particular for those with dementia, and with a lack of funding guaranteed it’s also led some to claim that it’s putting the vulnerable in danger.

Even today care is currently rationed by councils and varies depending upon where you live in the UK, leaving many confused as to what exactly they are entitled to through government and council-funded care. The cost of care is determined after a needs assessment, and alongside self-funding, financial help may also be provided through government grants, council and charitable support.

Everyone is likely to be connected to the homecare industry in some way, either now or in the future – whether seeking care for a loved one, needing care themselves, working in the industry or knowing someone who does, or in sharing concern about the care a loved one or neighbour receives. Yet it appears that the UK homecare system is in danger of collapse. It’s estimated there are currently 1.6m adults with unmet care needs in the UK despite the work of some 500,000 care workers who are dedicated to supporting the vulnerable and elderly of our communities.

Watching loved ones go through any illness is tough and when coupled with financial worries and questions over care it can add to a family’s stress. Protecting care in the UK is essential and with many more set to be affected by dementia by 2051, we would argue that more needs to be done to safeguard the future of those who are yet to be born.

This article was written in December 2015.

Want to read more of our helpful articles as they’re published? Just click on the box below to Join the Family and receive our free newsletter.