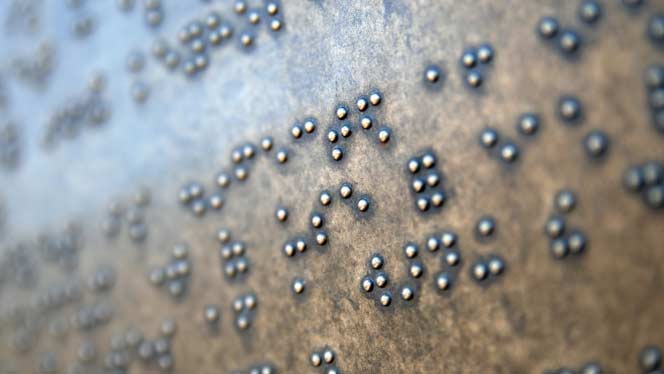 Blindness affects almost 2 million people in the UK and as our parents get older there’s an increasing chance that they may experience some degree of sight loss. 1 in 5 people aged 75 and over are living with sight loss and for those with a service record accepting their blindness can be more difficult. Suddenly they’re unable to see after such an active life and must rely on others to help them.

When They Get Older has teamed up with Blind Veterans UK to talk about their No One Alone campaign which aims to reach out to the estimated 68,000 ex-service personnel who could benefit from the free, practical and emotional support provided by the national charity. Battling blindness alone is something no one should have to do and that’s why the charity runs rehabilitation programs, art and craft classes, sports and recreation, clubs and societies and IT courses to help their members discover a life beyond sight loss.

We’re privileged to talk to some of the veterans who’ve recovered their independence since joining the charity. Ally was a Corporal with the Royal Electrical Mechanical Engineers, serving for 10 years in total. He believes the right attitude is that people can do things – this should be the focus. He now travels the world playing golf as Vice Chairman of the International Blind Golf Association. Ally wouldn’t have been able to travel as he does, doing what he loves, if he hadn’t regained his confidence and independence through joining Blind Veterans UK.

His positivity and ambition is an inspiring reminder of what can be achieved with the right support for the blind. Sight loss isn’t easy to cope with by any means. When a parent becomes visually impaired it can take a long time for them to recover from the initial shock and accept that their sight isn’t returning.

Equally it can take us, as their children, a long time to accept this too. Our parents may not have served their country but blindness is an issue that is being addressed in a much more progressive way than before. Blind Veterans UK is just one of the charities founded to make a difference to the lives of the blind. Click here to find a charity that supports those with sight loss near you.

Often sudden and even gradual sight loss can leave your parent feeling depressed and alone despite family support. Graham was a Corporal with the Royal Corps of Transport, serving for 6 years in total. He describes a period of 2 ½ years when he became so low, after losing his sight, that he stopped going out. He lost the job he loved because he could no longer drive. He lost his confidence and his wife Patricia became his carer whilst holding down her full time job as a District Nurse.

Graham’s depression made family life difficult as Patricia felt she was working 2 jobs – caring for patients all day and looking after Graham when she came home. The real relief she and Graham’s family felt when he joined Blind Veterans UK was underpinned by Graham regaining his independence. He has met others who are going through what he has been through whilst receiving lots of incredibly helpful equipment completely free which has meant he can move on with his life.

Blind Veteran’s UK would not be able to show their continued support to ex-service personnel without donations from the public. Tarts for Troops is their annual summer fundraising event during which they ask people to bake and sell tarts to raise money. It’s a week-long campaign commencing this Saturday 29th June 2013 – Armed Forces Day.

If you’re worried that your parent or elderly relative is struggling to come to terms with their sight loss and have perhaps been distant towards family and friends there are many ways you can help them cope. The emotional and practical changes can be overwhelming for you and your parent. Their lifestyle will have to be adapted accordingly and things they once loved but are no longer able to do will have to be replaced by new past times. Sight loss can be a big change. Help your parent to live with their visual impairment.

Blind Veterans UK may not be the charity for you, or your parent, but we wanted to share a good news story about the fantastic work they do. They’re really making a difference to the lives of ex-service personnel across the country who once believed their blindness was the be all and end all.

Blind Veterans UK is the national charity which believes that no one who has served our country should have to battle blindness alone. If you know anyone who you think could be eligible for our services call 0800 389 7979 to find out how we can help veterans live more independently with their sight loss.

5 tips to help your parent cope with sight loss: