How to help your parents manage tinnitus 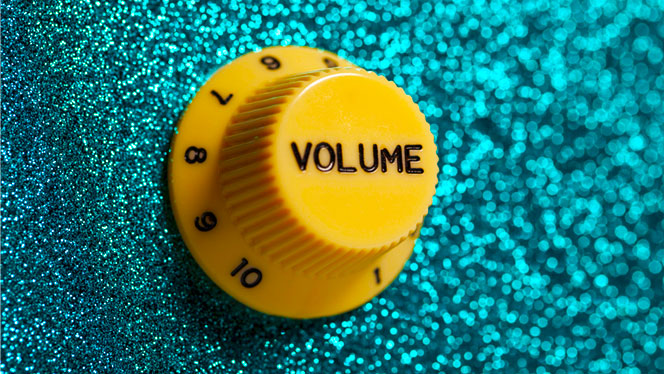 Emily Broomhead, Projects Manager for the British Tinnitus Association, shares practical tips for managing your parent’s tinnitus and delves into the different devices you can buy to help.

Approximately 10% of adults in the UK have tinnitus. People of any age can have tinnitus but it often affects the elderly as their hearing may worsen over time.

Tinnitus is essentially a ringing in your ears. The sound is a symptom generated within the inner pathways of your ear and can differ in pitch and continuity depending on a person’s individual case. The noise may occur in one or both ears or the head and can be a single noise or many noises.

The exact cause of tinnitus isn’t fully understood but it can be associated with:

The ageing process is also another factor to consider in relation to tinnitus. The hair cells in your parent’s inner ear can become damaged over time leading to the attached nerve fibres dying. This causes the brain to try and repair the ear by sending out signals that your parent may hear as sounds.

Tinnitus is rarely an indication of something more serious but it’s worth checking with your parent’s doctor if you’re worried about underlying causes.

Does my parent have tinnitus?

If your parent has tinnitus they may be sensitive to everyday sounds such a noise from the radio or television that seems to be a normal volume for most but for them it can be painfully loud.

Pressure changes within their ears, due to movement and posture changes, can also trigger tinnitus-like symptoms and quiet environments can make internal sounds more noticeable as they’re no longer masked by external noise.

Diagnosing tinnitus can be difficult because it varies from case to case. If you’re concerned your parent has tinnitus it may be a good idea to visit their GP who’ll be able to refer them to the relevant audiology service or an Ear, Nose and Throat (ENT) specialist.

How can I help my parent manage their tinnitus?

Whilst there is currently no cure for tinnitus there are many ways your parent can minimise the noise that they hear within their ears.

Learning as much as you can about tinnitus will help to reduce your worry which in turn will put your parent’s mind at rest to know that you’re addressing the situation with them.

Can my parent have hearing loss and tinnitus?

Yes. Hearing loss is a common factor underlying tinnitus and often people don’t notice they have hearing loss because they assume it’s their tinnitus that’s causing their hearing difficulties. It’s important your parent has their hearing checked on a regular basis, much the same as they would their eyes.

Can my parent mask their tinnitus?

A wearable sound generator or white noise generator can be used as well as a hearing aid to help soothe your parent’s tinnitus. The generator produces a constant “white noise”, a gentle rushing sound that can help distract from the sound of tinnitus.

They look like hearing aids and can be worn in the ear or behind just as you would an aid. There are also devices available that combine both hearing aid and white noise in the one device. White noise generators are an optional part of tinnitus sound therapy and should always be fitted by a hearing specialist as part of a tinnitus management programme.

Although the term “masking” is frequently used, others sounds should actually be used to help distract rather than mask the tinnitus completely. The brain needs to hear the sound of the tinnitus in order to get used to it and start to habituate “get used” to the sound. Once the process of habituation starts, the brain begins to switch off, recognising the sound as normal, and many people then find the noise begins to lessen and go into the background.

Many tinnitus clinics in NHS hospitals can provide a choice of devices and equipment to manage your parent’s tinnitus. The British Tinnitus Association also has a range of sound therapy devices available from their site and can offer advice on which might be most suitable for your parent.

The British Tinnitus Association is a UK charity dedicated to supporting those with tinnitus.

If you found this article helpful, why not subscribe to our newsletter for the latest news on all topics around caring for older friends and family?