Talking about dying with your parents 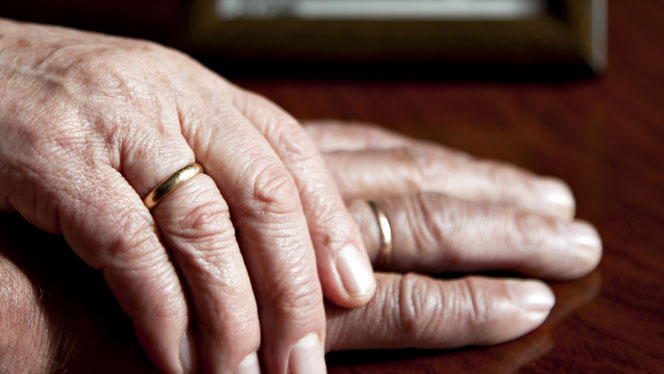 Joe Levenson, Director of Communications for the Dying Matters Coalition shares practical advice for starting the conversation with your parent about the future. When it comes to dying, no one wants to talk about it, but sometimes thoughts left unsaid are final wishes left unheard.

Despite encouraging signs that older people are increasingly making their end of life wishes known, for many people talking about dying and facing up to their own mortality remains the final taboo.

As British Social Attitudes (BSA) research for Dying Matters revealed last month, there’s a mismatch between what we say we feel comfortable doing and what we actually do. While the majority of us, including those in older age groups, say we’re comfortable talking about dying, most people are still shunning important conversations and practical actions to manage their end of life care and final affairs.

Last month’s research found that just over one in three people have a will and less than a third say they have registered as an organ donor or have a donor card. Moreover, just 5% of people have set out how they would want to be cared for at the end of life if they couldn’t make decisions themselves. Although as people get older, they do become more likely to discuss their end of life wishes, many still haven’t talked to anyone about what they would like.

Doctors and other health and care professionals have a key role to play, but family members can also make a real difference. But how can you best approach such a sensitive issue with your loved ones, especially your parents?

How do you begin to talk about dying?

Starting the conversation, particularly with those close to you, is never easy. We don’t want to sound gloomy, upset ourselves or upset others. But families commonly report that it comes as a relief to everyone once the subject is brought out into the open. If one person raises it honestly and openly, it gives others the chance to start having their say about their own death too.

There is no right way or wrong way to talk about dying: it’s up to you and those close to you. Choose the right place, the right time. No one finds it easy to talk when they’re rushed or in a stressful situation.

Are you open to talking about a future without your parent?

In our experience, it’s more often the case that older people want to talk to their grown up children who don’t want to talk about end of life issues – than the other way round. Indeed our research shows that more than one in four of people aged over 75 who haven’t discussed end of life issues say the reason for this is that other people did not want to discuss it with them.

It’s also worth bearing in mind that older people say that the main factor that would lead to them making their wishes known would be to make things easier for their family. This is five times more likely to spur people on than ensuring that they get the funeral they wanted, and 2.5 times more likely than to ensure they get the right care and support when they are dying.

That’s not to say that approaching end of life issues with your ageing parents is likely to be easy, or that there is a one size fits all approach, as there definitely isn’t. You can only do your best, but that may involve overcoming your own reluctance to discuss dying and death before it’s too late.

Is your parent trying to tell you something?

If you feel it might be uncomfortable to ask direct questions, you might find it helpful to pick up on cues and use them as opportunities. Don’t automatically dismiss comments like “I’ve had enough” or “I might not be here by then”, but perhaps consider whether there is an opportunity to say something like “What would happen if it were your time?”, “Is there anything you’d want to happen? or “You know you can always talk to me.”

How do you find out your parent’s last wishes?

It can also often be easier to start a conversation about someone else: “I went to a funeral…..and it made me wonder what you’d want’ or “My friend’s family had a nightmare after their Mum died because there was no will”, or “I know you don’t like hospitals so if you had the option would you rather be cared for in your own home?” Or it may be easier to initially ask your parents about what they wouldn’t want, rather than what they would want. During conversations you may want to think about covering issues such as whether they have a will, if they would want you or anyone else to have power of attorney if the need arose, where they would ideally want to be cared for, under what circumstances would they want to be (or not be) resuscitated and whether they have funeral wishes.

Remember, that you don’t have to discuss everything at once, that nothing has to be set in stone and that no doesn’t mean “no, never” in response to you suggesting they may want to talk about these issues. If your children are old enough you may also find that as grandchildren they can raise the subject in a really honest way with your parents. Be conscious of your own feelings too: be careful that your own feelings of sadness/fear about their death don’t stop you giving them an opportunity to discuss their wishes.

The Dying Matters Coalition aims to help transform public attitudes towards dying, death and bereavement in England. It is led by the National Council for Palliative Care, and has over 30,000 members including charities, care homes, hospices, GPs, funeral directors and legal and financial organisations as well as many individuals.

For more information on talking about dying, including access to a wide range of information and practical guides visit the Dying Matters website. You can join the Dying Matters Coalition – membership is free – to receive regular updates about their work and news, or simply follow them on Twitter.