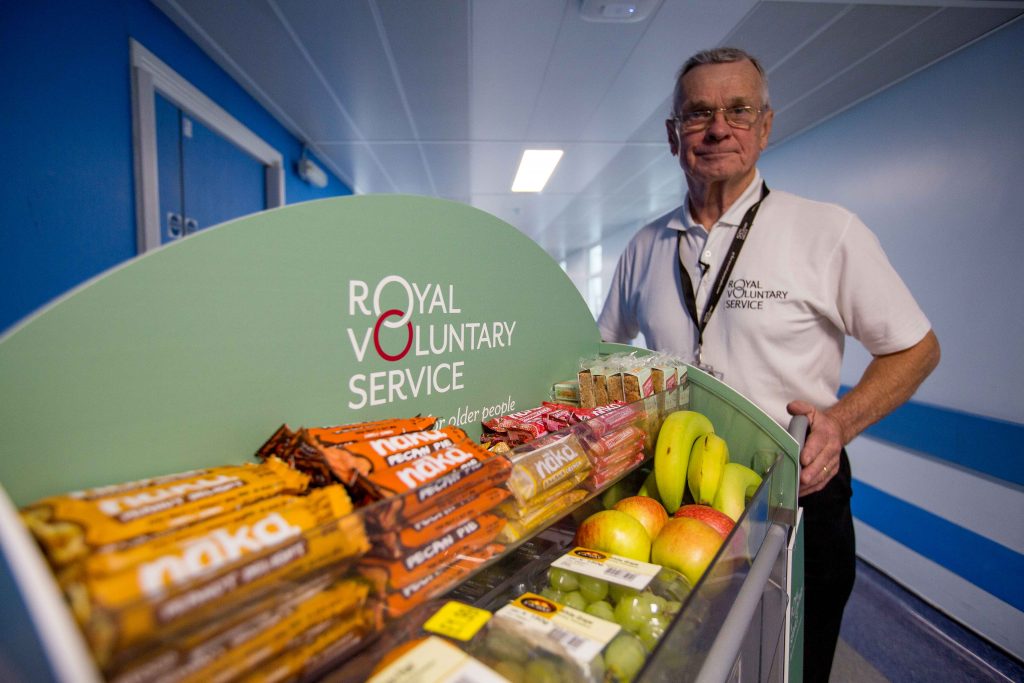 While doom and gloom often feature in stories about our older population, the truth is a little different. According to new research* from Royal Voluntary Service, the national volunteering charity, millions of Britain’s older people are refusing to let age get in the way of an active social life and new friendships.

Over 80% of people aged 70 and over have an active social life, with over 40% socialising at least twice a week, and 19% four times a week or more.

Over half  of respondents said they had made new friends since turning 70. Interestingly, 28% of those have come through attending a new organised social group.  Over half  of senior socialites go to an organised club, group or activity, citing staying in touch with friends, meeting new people, getting out of the house and keeping their brain active as key benefits. Nearly 60% said that attending organised social activities makes them feel positive, and nearly half said that it helps their mental health.

What makes an active social life?

Arthur Martin, 75, is a retired police officer, who never sits still for long. As well as taking the Royal Voluntary Service refreshment trolley service around the wards of Frimley Park Hospital in Camberley, Surrey on Friday afternoons, he and his wife Jill, also a volunteer for 15 years, have a busy social life.

“I’m lucky enough to enjoy good health so was determined to remain active after I retired rather than be someone who sits on the sofa watching the world go by. There is only one day a week where Jill and I don’t socialise and that suits me, after all – you need some time off!”

On top of regularly seeing family, Arthur is an active member of the Surrey Association of Woodturners, mentoring new members on how to safely use a lathe. A keen U3A attendee, he has been to pottery, painting, poetry and most recently, pickleball classes.  Arthur also found time to learn to play the clarinet four years ago and hasn’t looked back since, playing and performing regularly with the local De Capo Wind Band at Yateley.

Shirley Rowley from Congleton, Cheshire is 80 and has been a Royal Voluntary Service volunteer for 21 years.

Shirley’s mother taught her to dance as a child and she and her husband George dance every week. She can’t imagine life without dancing. Shirley runs the Royal Voluntary Service Congleton Dancing Club which her mother-in-law helped set up nearly 40 years ago. The club began its life as a luncheon club but became a separate activity in 1981, with Shirley becoming a volunteer there in 1997.

She says: “It was quite intimidating at the start but I knew a lot of the members already as I’d been helping in the kitchen.  There were no other volunteers at that point so it was just me.”

Congleton Dancing Club meets at Congleton Cricket Club every Friday, has 40 members and is supported by funds raised by players of People’s Postcode Lottery. Members enjoy an afternoon of dancing to music and socialising with a break for refreshments, including birthday cake if a member has a birthday. Sometimes there’s a raffle to help raise funds.

A local taxi service brings less mobile members of the club along so they can enjoy the music and company. Club members also enjoy trips out from time to time such as a visit to Llandudno or Southport, where they enjoy shopping, afternoon dancing and a two-course high tea.

Shirley has always enjoyed being busy having worked, raised a family and cared for elderly family members when younger – so when the opportunity to volunteer within her local community presented itself, she jumped at the chance.

On what she enjoys about running Congleton Dancing Club, Shirley says: “I really enjoy volunteering. I’m a very organised person and running the club helps keep my brain active and alert. It keeps me fit and active too. It’s extremely rewarding to see lots of people enjoying themselves. Two of our members are in their mid-nineties and it’s lovely that they want to come along to the club each week. Our members wouldn’t return if they didn’t enjoy themselves. We have one couple that have been coming since the club started in the 1980s. Some of the older members don’t dance but they can still enjoy a sociable day out.”

Shirley wouldn’t hesitate to recommend volunteering to others.  She says: “Volunteering gives you confidence and helps bring people out of themselves, especially if you’re a quieter or more introverted person.  The volunteers at the club work hard – they organise the music and the raffle while I organise the dancing, refreshments and admin. It’s a lot of work but worth it.”

Shirley doesn’t have an awful lot of spare time but when she does, she relaxes by walking the couple’s Collie dog, watching TV and, it goes without saying, by dancing!

To provide more opportunities for older people to enjoy the benefits of an active social life, Royal Voluntary Service is calling on community-minded individuals, groups of friends or teams to set up new social groups and activities across Great Britain. This new social network will be supported by funds raised by players of People’s Postcode Lottery. These volunteer coordinators will receive training, guidance and support on how to set up, run and manage the groups.

For more information on how to set up a new social club, group or activity in your local community visit www.royalvoluntaryservice.org.uk