Is it time to hang up the car keys? 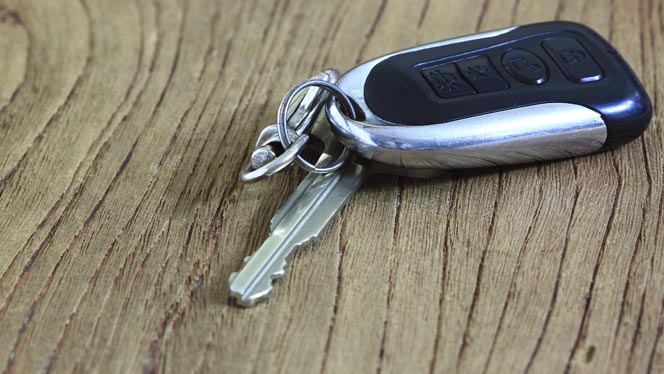 Giving up driving is one of the most significant milestones in an older person’s life. It’s not surprising that so many are reluctant but as children worried for their safety and that of others on the road we may need to use our persuasive powers.

Jill hasn’t been to Zumba for a few weeks. She’s been suffering from whiplash since she was hit head-on by an 80-year-old driver on the wrong side of the road.

Google “elderly” and you’ll find numerous reports of folk of various advancing years being involved in car accidents. It’s enough to make you want to hide your parents’ car keys – which some people have been known to do out of desperation and concern.

According to statistics there are now 4 million people over 70 driving on UK roads. At present they are required to declare themselves safe to drive every three years. Yet, as the BBC reports, drivers under the age of 20 have more fatal accidents than those over the age of 70 – although there’s not a great deal of information about causes or blame. However, the UK Department for Transport says there is no evidence older drivers are more likely to cause an accident, and it has no plans to restrict licensing or require extra training on the basis of age.

Insurers may not be as confident, and their premiums may reflect that concern. Anecdotal evidence suggests that insurers see older women as a particular risk. That’s because they often get less practice as their husbands retire and take on most of the driving.

Are older people really a risk on the roads in reality, and what can be done to help them stay safe for as long as possible?

Signs that it’s time to think about giving up

The Older Drivers Forum has a list of things to look out for if you’re wondering if your parents are still safe. These include a growing number of dents in the bodywork, avoiding driving to new places, and even the sound of an over-revving engine.

It’s obvious but no less important. Eyesight tends to change over time, and everybody is encouraged to get their sight tested regularly. That’s even more important for older people who are at risk of problems such as cataracts and glaucoma.

Get back on track with a lesson or two

Parents can lose confidence for a number of reasons – being involved in an accident or enforced rest from driving due to ill health for example. Booking time with a qualified driving instructor can give them a confidence boost. The instructor can also take the opportunity to assess their driving and advise on whether they are safe, need some extra help or should consider giving up in the near future.

Ex-police driver Dave Hall is now a driving instructor who helps many 17-year-olds to pass their tests, but has also helped older people to regain their confidence. “Elizabeth simply wanted to be able to get to Waitrose and back by herself, and after just an hour or two under instruction she was ready to do that again,” he says.

Consider where to drive

Maureen’s mother was quite happy driving by herself in a quiet part of Kent. Now she’s moved to be closer to her daughter in north Surrey, she’s terrified of the traffic on the roads – with good cause. Parents often move in with their children or at least to be close at hand so the children can be more of a support. In some cases though, that could hasten the end of independence as the parents struggle with unknown, busier roads and potentially more aggressive driving. Just parking could be an issue too. If you encourage your parents to up sticks and move closer, are you prepared to become their transport if they can’t cope with the change?

Consider when to drive

The older you get, the harder it is to see in the dark. Many parents will want to avoid driving after sunset, which can make winter get-togethers particularly difficult. If you want Christmas at your place, can you arrange drivers for your parents to get them home again, or can they stay overnight and travel back in daylight?

What are the alternatives?

Giving up driving equates for many to giving up independence. If you want to encourage your parents to leave the car at home, it’s worth investigating the alternatives. Is there a community transport scheme that will take your parents from door to door? Local charities organise these in many areas. What’s the situation with the commercial bus and train companies? Is there a local taxi service that’s reliable and inexpensive?

If it’s a matter of finding the car harder to control, there may be enhancements to their current car that would help, or changing the car might be an answer, if your parents feel able to adjust to something new.

It may be that your parent still has the confidence to drive, but has disabilities that make parking and walking difficult. In that case the Blue Badge scheme may be a good avenue to investigate. A gives the owner priority in certain parking spaces, helping them to minimise the distance they have to walk to shops and other services. The cost of a badge varies across England, Scotland, Northern Ireland and Wales, and there is an application process.

Something we don’t often think about is where in the car is the safest place to sit. Older people often have more fragile bones, and can be susceptible to seat belt crush. If ‘load limiters’ aren’t installed in the back of the vehicle, some experts suggest that they may be at less risk of injury in the front passenger seat.

RICA, which carries out consumer research for older and disabled people, has an excellent website that offers tips for staying safe and recommendations for cars and adaptations for those with limited mobility.

Putting all this worry into context, there was a headline a while ago in a US paper that ran along the lines of: “Never mind whether it’s time to hang up the keys to the auto. Is it time for mom to hang up her gun?” Different ball park altogether!