How to keep driving with renewed confidence 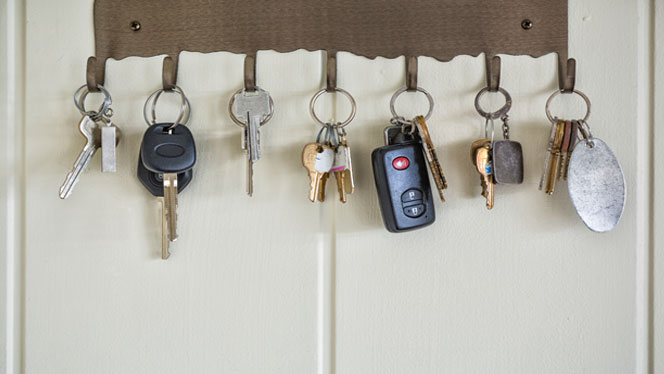 Take the Advanced Driving Test at 86? It’s a better option than hanging up the driving keys through lack of confidence as Shân Hughes, who’s a supporter of the Institute of Advanced Motorists, explains.

As the population gets older people have to make some hard decisions about driving. The car is a symbol of ability, status and independence. If and when a parent makes that decision (either forced or voluntarily) it is difficult to think in terms of being without a car.

Letting experts decide how skilled the driver is today

Before that stage arrives, it would be worth encouraging older drivers to undergo a Mature Drivers Skills Assessment Course.

The Institute of Advanced Motoring (IAM) offers these in many places around the country. There’s no test and no published results – just a one-to-one drive with either an IAM volunteer or a qualified examiner.

Feedback from someone other than a family member is often more acceptable and the ideal way to get some insightful advice on where to improve driving techniques. It’s particularly helpful if the assessment suggests that actually it really is time to give up driving.

The format is very interactive, starting with a discussion or online assessment about current driving habits, followed by an on-road evaluation and finally a summary session where the examinee receives written feedback on areas to improve.

These assessments give objective feedback and can help people realise that there is scope to improve their driving ability and also their confidence. It’s a chance to remove some of the bad habits that may have crept in over the years and also an opportunity to update on all the changes in the Highway Code.

Building confidence with Skills for Life

If someone doesn’t normally drive very far, for example, they can become reluctant to venture onto a busy motorway. Or they might feel threatened by the heavy lorries that seem to squeeze them into a tight spot. Lurking in the middle lane is no longer an option. In some countries there are minimum as well as maximum speeds for motorways.

People who have undergone the IAM’s Skills for Life package have reported that the top benefits of the training are that it helped them to improve their driving, gain greater awareness of other road users and avoid crashes! It also means they and their passengers are less likely to dread undertaking a journey in the car.

The length of the course depends on current abilities but typically runs over three to six months providing six to eight observed runs. Exactly what’s needed will become clearer after the initial assessment.

A Skills for Life package will equip a driver of whatever age with better driving habits and be a stepping stone to the Advanced Driving Test.

Proving ability as an advanced driver

The Advanced Driving Test is open to people of all ages and you end up not just a better driver but also get more pleasure from driving. You are likely to make savings on insurance and better driving habits can impact fuel consumption for the better.

I know of an 86-year-old gentleman who has passed this test. It took him a while to change some of those ingrained bad habits, but he persevered and passed his Advanced Test at the first attempt. It also meant that he had the confidence to drive comfortably from Surrey to Scotland and back so as to celebrate Hogmanay with family.

That’s something many younger people would perhaps not attempt. His family were reassured that he was still capable of driving and so worried less about him.

He also became an inspiration for those “younger” drivers in his community – he encouraged them to do the Skills for Life package too. At 73 they didn’t want to be beaten by an 86 year old!

The assessments and skills packages are available to all. You might have to lead the way and have a go yourself. There’s nothing like some family competition to get people going. I have seen three generations from the same family undergo their Advanced Driving Test at the same time.

You can purchase a gift voucher for a Mature Driver’s Assessment on the IAM web site. That will buy a 60-minute drive in your parent’s own car with an IAM-approved assessor who will give them confidential feedback to make informed decisions about their current driving abilities.

About the Institute of Advanced Motorists

The IAM is the UK’s largest independent road safety charity, dedicated to improving standards and safety in driving, motorcycling and cycling. The commercial division of the IAM operates through its occupational driver training company IAM Drive and Survive. The IAM has more than 200 local volunteer groups and over 100,000 members in the UK and Ireland. It is best known for the advanced driving test and the advanced driving, motorcycling and cycling courses. Its policy and research division offers advice and expertise on road safety.

If you found this article useful you may like to read:

Advice on winter driving
Finding the right motoring insurance
Is it time to hang up the car keys?