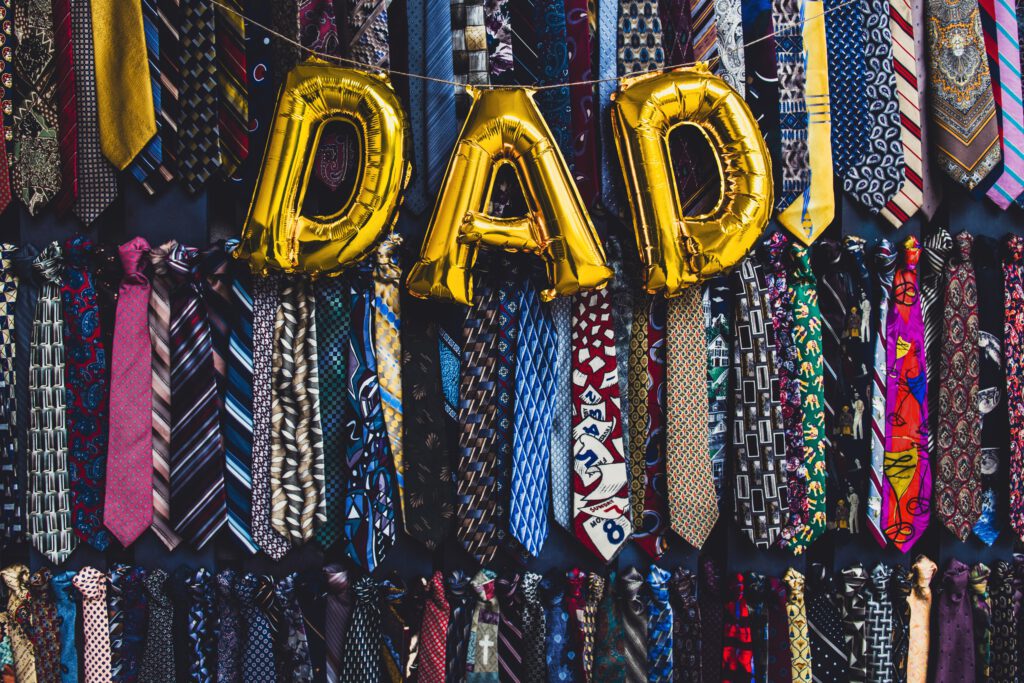 In many households the long-established tradition of Mothering Sunday has become an accepted date in the calendar. We use Mother’s Day to thank our mums for their love and care.

But Father’s Day doesn’t have the same tradition, and it’s a bit of a worry that we’re just falling for a marketing ploy.

This year though is a little different. Many of us have hardly seen our parents, and a celebratory day is a great time to bring the family together. Lockdown easing permitting of course.

So what gifts could we offer to mark the occasion? Fathers are notorious for not wanting much, and simply going and getting what they do want.

Here are a few ideas we’ve road-tested with senior dads in mind.

And not a tie in sight! 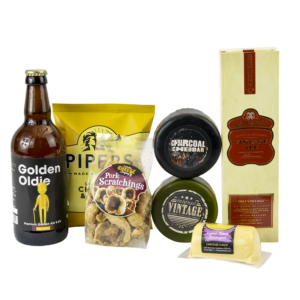 Good food is good news. We received the ‘You’re not old, you’re vintage’ hamper from the Chuckling Cheese company and thoroughly enjoyed it. The cheeses were a significant cut above supermarket cheddar, although I’m still a little averse to black cheese as a treat. Special mention needs to be made of the pork scratchings. These are a ‘treat’ I’ve not tried since university days, and nowadays I have to worry about my teeth. But the pack in this hamper were a delightfully tasty mix of soft and crunchy. Crisps were pretty good too.

We’re planning to put together our own hamper from the company for my father-in-law’s upcoming 85th birthday. That’s because we feel the ale that’s included in the Father’s Day hamper is a little strong for him. But we’ll give him a bottle of wine that we know he likes instead. 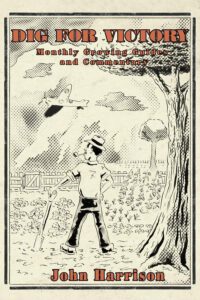 While marketers are slowly waking up to the fact that today’s older citizens were actually quite young during the last world war, I’m going to recommend a book that’s exactly about that.

Dig for Victory is a compilation put together with affection by well-known allotmenteer blogger John Harrison. (He wrote a blog for us a while back about what happens during cataract surgery.) It’s a really interesting read for anyone who want to explore new ways of growing their vegetables by looking at how food was grown during the war under very difficult circumstances.

Order the book and you may be the recipient of some old-fashioned veg seed too.

For something a little relaxing, you could try a shiatsu home neck massager. We received the xx for review. As I’m a bit wary of these machines (I once had a bad experience at the Ideal Home Exhibition!), I passed it on to another family to try out. They were very positive, with comments such as

‘Very relaxing while sitting in a chair’ 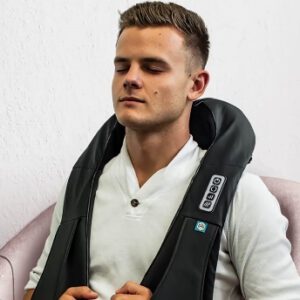 ‘Really helped my shoulder felt quite good after use’

And perhaps the most telling from a young professional football coach with physio training: ‘Very good for a massage when you can’t get the real thing’

I would say that this is a bit of fun, and not to be used in the hope of fixing injuries. It could make them worse. 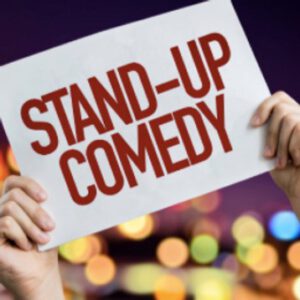 With the easing of lockdown, we are slowly being invited back to the theatre. But not everyone will want to be out mixing with the public as soon as they are allowed. Home streaming of shows has been a boon for those who are digitally able during the pandemic, and it would be good to see online services continuing. Maybe you don’t get the atmosphere, but you can enjoy the entertainment without the travel or health worries, and at less expense.

With that in mind, we tried out the comedy offerings from Little Surprises. We received a voucher with a code, which I then passed on to my comedy-loving reviewer. The shows run every Wednesday evening, live, with tickets starting at £10. Many are up-and-coming comedians (that is, my reviewer hadn’t heard of them either) but the lineup has included the TV-famous Josh Widdicombe. The listings weren’t up-to-date but our reviewer thought https://www.alwaysbecomedy.com/tickets looks like it might be a more useful link. Once you’ve signed up for the show of your choice, actual Zoom joining details are sent out just an hour before the show begins, so it’s worth making sure you’re in a place where you can check you’re set up in good time. There’s a short ‘warm up’ and then the show lasts an hour, so all done between 8.00pm and about 9.15pm. Our reviewer enjoyed the show he chose – Josh Pugh – although he thought some of the references were aimed at a younger audience in this case. 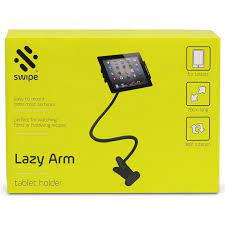 We tried out the Lazy tablet holder from the Find Me a Gift catalogue. This is marketed as a useful way to keep your tablet device in eyesight while doing anything from watching a film to following a recipe, without having to hold it or prop it up somewhere awkward. The holder comprises a strong and reasonably flexible arm, with the tablet holder at one end and a clamp that you can use to attach it to a tabletop, say, at the other.

We’ve received a polo shirt from Absolutely Bear, a company offering organic cotton tops and shirts that are designed for sustainability. It looks like great quality. Subtle logo and a good story to tell.

Back to the future in a universe far, far away 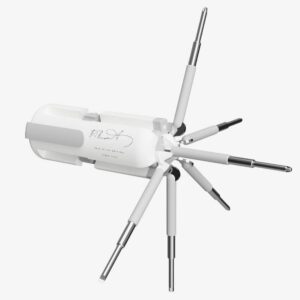 Another story entirely from the Lost Universe site. The company specialises in clothing, toys and novelty products featuring some of the best-known sci-fi and fantasy films of the last few decades, including Star Wars, Back to the Future, Harry Potter – and others from more recent times. We’ve received one of the Star Wars themed T-shirts, made by Fruit of the Loom from 100% cotton. We’ve also got a rather cool multi-tool, based on the Storm Trooper design created by Andrew Ainsworth of Shepperton Studios. It’s attractively boxed and a robust-looking take on the handy toolkit offering a selection of mini screwdrivers.

Nice ideas but we haven’t tried them … yet

One thing we’ve learned this year is that electronic communication has been absolutely invaluable for keeping in touch with families and friends. But those with old technology, or none at all, have missed out. So now is a good time to invest in easy-to-use laptops, smartphones and tablets that we can teach our parents to use while we’re face to face. Even if we never have to face another lock-down, we can enjoy the power of Zoom, WhatsApp and more to keep us all in contact wherever we are.

One of the benefits of lockdown has been the wealth of knowledge that organisations have taken online to share. From learning to draw to finding out curiosities around the streets of major cities, there has been plenty to take in. Being online confidently presents an opportunity to develop new skills, often in the company of people one would never be able to meet face to face.

As an example, we recently took a look at learning languages online, but there are plenty of other options at a range of prices. The WEA is just one.

I have been tempted by the Cornish Hamper Store many times, but being low-carb and low-fat have so far resisted. But the thought of real Cornish pasties being delivered to the door is very appealing. Beyond the traditional, the company offers various meat fillings, vegetarian, vegan – and cream teas.  If you sign up to the newsletter you’ll get regular offers.

Finally, do take a look at our Christmas gift list from 2020, which has many more great ideas, or our other reviews, such as the preserving subscription packages, which could be fun for anyone who enjoys time in the kitchen.

Author Kathy Lawrence is editor at When They Get Older.

Photo by Tim Mossholder from Pexels