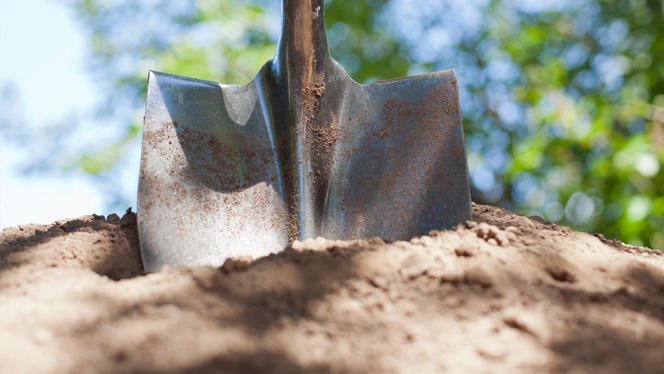 My dad has always loved his garden, and I’ve always assumed that he will be tending it to the end. So it took me a long time to realise that despite all the treatment and care he’s received for problems large and small over the last few years, he’s not going to get back out there.

First he stopped digging, and I took over temporarily. Then he stopped sowing seeds, and I started bringing over plants that I’d grown and setting them out. Now the only thing he has left is pruning the roses.

To me, this change has been overwhelmingly sad. To dad, though, it’s something he’s had to give up through necessity, and he is an eminently practical man. He’s regretful, but he just can’t do it anymore.

That leaves the issue of how to keep the garden under control. I’ve learned a love of growing from dad, but quite honestly I don’t find the time to keep my space in the manner that it would like. And when I do plan in some time for weeding and feeding, I have to bear in mind that this all seems to be much harder work than it was ten years ago, and it is really tiring. Anyway, dad would rather have company than someone out in the garden whilst he’s sitting in the house.

So we have come to an agreement. A paid gardener comes in once a fortnight to do the groundsman type work. He’s not a plantsman, but he mows the lawns, rips out the ivy and cuts back the undergrowth. Then I do the more skilled stuff, including filling the beds with seasonal colour, pruning the grapevine, and providing some bean and tomato plants as dad loves to eat the home-grown varieties.

Finding and keeping the gardener has been interesting. Dad found him through an ad at a local nursery that provides work and raises funds for young people with disabilities. The gardener isn’t particularly cheap and he doesn’t turn up consistently. But he works hard when he does appear, and he’s trustworthy, which is a major factor in my book. It’s a sad fact that there are too many people out there ready to cheat anyone willing to trust them, and older people can be very trusting.

Dad was fortunate with this lad. If he was looking again I think we would definitely find personal recommendations or, failing that, try a reputable listings service as that provides some element of assurance. There is a local organisation which offers a subscription service to older people for recommendations for people to work around the house, but we’ve had mixed success with that, and it’s not cheap either.

Getting the gardener in solves several issues for dad. He doesn’t have to look out at the garden he’s cherished for 50 years and watch it fade into ruin. The expected arrival of the gardener provides some added structure to his week, and it gives him some added human contact. That leaves me with less to do, and more time to spend with dad.

Is there a cherished activity that your parent has had to give up? Have you attempted to organise some sort of replacement? How do you help them fill the void? Let us know with a comment below.