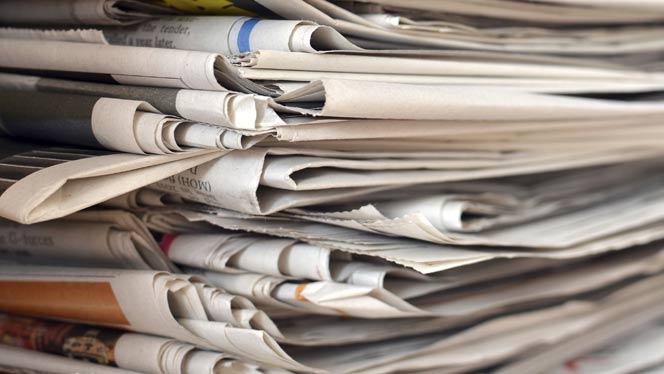 A lifetime’s tendency to keep stuff just in case can reach epic proportions in old age. Is it a problem?

When we visit H’s aunt these days, we’re not invited across the threshold to her flat. We were when she first moved in, although even then it was a bit of a squeeze. Now we suspect that we wouldn’t actually fit.

Auntie is a hoarder.

It wasn’t quite so noticeable when she was living in a sprawling house. When I arrived on the scene many years ago I was bemused by her collection of Daily Expresses piled high on the piano in the dining room, but she explained they contained puzzles she might want to do one day. And equally the local papers had offers she might want to take up. It wasn’t really hoarding.

To my mind the big change came when Auntie stopped just not throwing belongings away, and started skip surfing to collect stuff that might be useful one day.

One of the reception rooms became unusable. It was crammed with bits of kitchen cabinets and the like that other people had thrown away.

Now Auntie has moved from this house to a flat, she’s been trying to move all her possessions in. The first and last time we got into the living room there were ten occasional tables, some piled three high. The furniture was so crammed in that the armchairs were all facing away from each other.

The hallway looks like a shoe shop, with boxes piled four or five high all along the wall. Auntie has admitted that most of these shoes don’t fit her, but it doesn’t seem to occur to her to throw them away.

This addiction to stuff is harmless in many ways, but it does present problems. Apart from fire hazards, the furniture is obstructing safety in other ways. We tried calling Auntie the other evening, and she only answered on the tenth attempt. She said she’s been putting the bins out. We suspect that she either doesn’t hear the phone through the furniture, or she can’t get to it.

The other problem is that lots of stuff that can’t be stored or cleaned properly – especially when it’s straight from skip or a jumble sale – takes on a life of its own. Not good for Auntie or her neighbours.

We haven’t got an answer. To be honest, we’re not even sure if we should be looking for one. Is it our business? If someone has been living and collecting independently for 80-odd years quite happily, is she ever likely to listen?

Do you have elderly relatives who’ve become hoarders in their latter years? Do you have ways of dealing with it? Or at least keeping them safe and secure? Let us know with a comment below.

The mental effects of growing up with a parent hoarder