Retirement living to look forward to 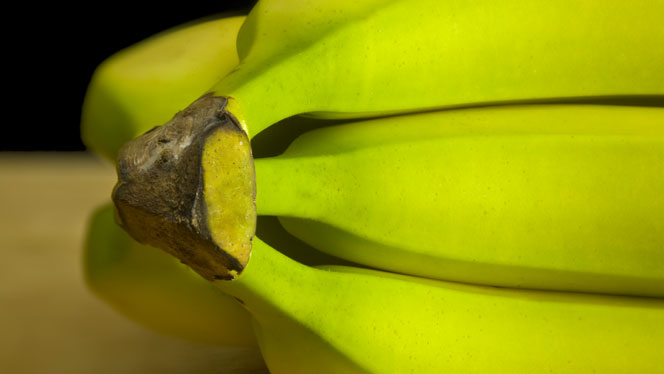 Sara McKee, Founder and Director of Evermore, shares her vision for the future of retirement living in the UK and talks about the importance of independence in later life.

We all want the best for our parents. Whether that’s driven by a sense of familial responsibility or just sheer love, it’s something you feel deep down.

As they get older and staying at home may no longer be possible, the decision about what to do next is a difficult one. It’s hard to face up to the fact our parents might have to leave the family home because they can’t cope anymore, as well as dealing with the practicalities of finding the right place to live.

This becomes even more difficult if you only have one parent left or your parents are separated. As a pair, your parents are in it together and can support each other through life’s changes but, living alone, they might feel insecure and unsettled.

As our parents get older their mental and physical health can often fall into decline when they’re faced with caring for a partner or living alone after losing them.

It’s in situations like these that the decision to move into care is usually taken out of their hands, and forced into ours. Moving your parent into a care home is often done at crisis point when illness facilitates the move people rarely want to make.

As children we feel guilty – like we’ve let them down – while our parents might think life as they know it has come to an end. As my father said to me, moving into a care home is the last resort!

You can understand why people have this view after listening to the news every day. Whether it’s homecare providers under fire for only providing 15 minutes of care or care homes being shut-down, it’s clear the sector is at breaking point.

The reality is that our demographic changes mean we have unprecedented numbers of older people requiring care or housing and a Government who can’t afford to pay for it. While there are legislative changes afoot to tackle these challenges, it’s not going to radically change the system or the fact we’ll likely be responsible for our own care and support when the time comes.

So, after experiencing the Green House Project in the US and talking with its founder Dr Bill Thomas, I decided to revolutionise retirement housing in the UK, to challenge the way the current system operates by providing something new. It’s time all older people have the opportunity to continue living a happy, healthy and productive life.

The Green House Project has seen nursing homes torn down and replaced with small, home-like environments. There are now over 140 Green Houses across the States and independent research has found Green House elders experience improved quality of life as well as better quality care, and their families are happier.

Combining lessons from The Green House Project with my own experience led to the creation of Evermore – a model that allows older people to retain their independence, feel secure, and be supported in doing the things they love.

Like the Green House Project, Evermore Villages are built on the principles of a family home. In part this is due to the design of the building itself but more importantly it has been achieved by a reworking staff roles and responsibilities.

There are no nursing stations, prescribed meal times, pin code entry systems, sterile hallways or medicinal smells. Basically anything that resembles an institution has been eradicated.

With a communal kitchen available for everyone to use whenever they like as well as a plethora of communal spaces designed to encourage eating together, conversation and relaxation Evermore hopes to help meet the demand for retirement housing, deemed the UK’s next housing crisis.

I wanted to create a space that fostered a close knit community for elderly residents, housing that was so far removed from our parents’ preconceived notions of later life housing that they actually look forward to moving in as they advance in years.

Just last month think-tank Demos published a paper highlighting only 2 per cent of the UK housing stock meets the needs of older people. A new environment first and foremost needs to make your parent feel secure.

This sense of security is born out of the relationships formed between residents and staff. The traditional roles of nurse and patient have been discarded in favour of staff becoming advocates for residents – supporting their decisions and optimising their health and wellbeing by actively encouraging independent thinking.

By training staff to fulfil a supportive role for residents, unhampered by meeting targets and fulfilling a checklist of tasks, they not only enhance the residents’ quality of life but facilitate their needs enabling residents to lead the life they want to the best extent they can. Care packages are available if and when residents need them.

Each resident has their own self-contained apartment which allows them privacy and solitude amidst a cluster of 10-12 households – a ‘neighbourhood’ where residents can get to know each other on their own terms, a format that facilitates friendships whilst decreasing the risk of loneliness.

For me it’s about offering an alternative possibility for parents who can no longer manage on their own but are resistant, understandably, to the idea of a care home.

Evermore is just one example of a radical new way to approach retirement living for parents in their later years but I believe we’ve created a unique environment that will give older people the desire to buy green bananas because they’ll feel confident that they’ll be around when the bananas ripen!

For more information about the Evermore project visit www.evermorewellbeing.com or email [email protected].