Are films a form of reminiscence for ageing parents? 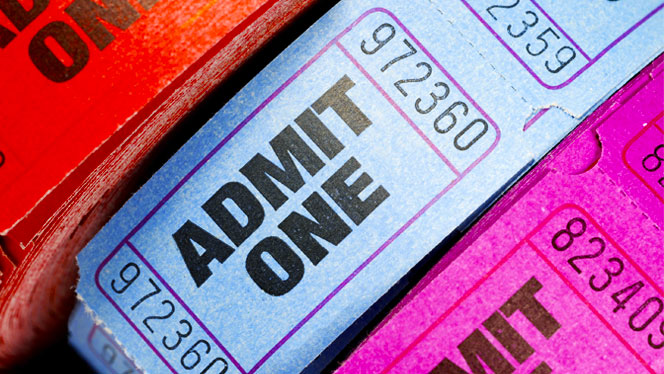 Eleanor Bryson, from Memory Bank, shares how watching archive footage of the past has helped older people and those with dementia recall memories and communicate with their loved ones about the lives they once led.

Memory Bank, an innovative series of films spanning six decades, was created as a resource to support older people as they face the challenges of ageing. While our parents may be getting older there are still many things in their lives they like to reminisce about –usually embarrassing stories from our childhood that they like to recount at the most inopportune moments!

For parents who may experience loneliness or anxiety as they get older and start to lose loved ones watching films as a form of reminiscence can reconnect the past to the present and help to prompt positive memories.

I had the chance to watch the Memory Bank films with my 93 year old grandma who has dementia and her reaction to them was remarkable. Although she doesn’t remember who I am most of the time it doesn’t matter because viewing the various clips of archive footage enabled her to share stories with me that I’d never heard before.

She told me about holidays with her friends, playground games she used to play and details of her early married life. The films facilitated my grandma’s recollections allowing us to share some happy times together watching and talking about the different subjects the films focused on. My grandma was happier in herself recalling memories that I thought she had lost forever due to her dementia

For those caring for an elderly parent the films can bring a welcome relief from day-to-day conversations that can often be repetitive and strained when your parent doesn’t remember that they’ve told you the same thing a hundred times over.

Finding ways to spend enjoyable time together now, as well as remembering happy memories, has benefits for carers as well as for the person they are caring for.

Kim Pennock, who cares for a mum with advancing Alzheimer’s, was amazed by the transformation in her mum when she watched the Holidays DVD created by Memory Bank. As Kim’s mum is prone to forgetfulness they watched the whole DVD twice and she was delighted on both occasions to see seaside footage and other holiday clips in colour and black and white.

“Our conversation switched from knitted bathing suits to how cold ice creams are, and then onto how mum wouldn’t have liked to be an entertainer at Butlins but did enjoy a trip there when she was young. We laughed, shed a few tears, and then we had a cuppa. Then we did it all over again!”

Viewing reminiscence DVDs could help to distract our parents from perhaps a painful present, open new avenues of conversation and provide visually stimulating scenes to encourage conversations about topics they might not have mentioned before.

Peter Smith introduced Memory Bank’s DVD series as part of his dementia café project in Rothwell after initially purchasing the films for himself to fuel his love of nostalgia. Peter realised their potential for people with dementia and began to play them during the memory sessions he organised within the local community. The films had a profound effect on his attendees.

“Chairs were being moved, conversation suddenly became quiet, and then there were people laughing and pointing, transfixed by the television.”

Many family members of those taking part in the sessions commented on how it had made their parent smile and after so many asked “are you putting those DVDs on again?” Peter decided to make the films a regular feature.

Sometimes remaining in the present can be difficult for a parent in the later stages of dementia. Being able to share in the experience of watching a film with them and talking about times gone by can engage their mind in a way that we may fail to do ordinarily.

Making archive footage accessible to older people is beneficial for both them and their families especially in terms of changing the focus when you’re perhaps visiting them in a care home.

Janet Crampton, former Department of Health advisor and on the Memory Bank advisory panel, shared her enthusiasm for the project:

“Memory Bank provides the visual triggers to help people unlock a store of memories and emotions. When used sensitively and expertly, these can take people back to a place of more certain self-awareness and give them opportunities to reminisce with others about their experiences and memories.”

There has been a growing demand for informal therapies to help older people in later life and with the health complications that can arise with age. Just recently The House of Memories programme developed by the National Museums Liverpool group was hailed in the press for using the museum’s cultural resources to improve the quality of life of Liverpool’s elderly residents.

Resources like Memory Bank can play an increasing useful role as the NHS and social services try to meet the demands of caring for our ageing society. The films provide a powerful means for building communication, self-awareness, personal identity and well-being as well as bring past experiences back to life for those who’re having trouble remembering their own story.

I just posted (the below) on another article (How do I get back the happy memories taken by dementia?) – which details a FREE mainstream TV channel which offers old films and footage and has brought similar results with those I have recommended it to. Something else that is not just entertaining but may help recall is TALKING PICTURES TV – Channel 81 on Freeview TV (and others – see below). This is a fabulous channel filled with old films with all the old stars and they have 15 minute ‘Glimpses’ of life in i.e. Guildford or Manchester in the… Read more »

Fab!Thank you for taking the time to share this Anne