The importance of having an up-to-date Will 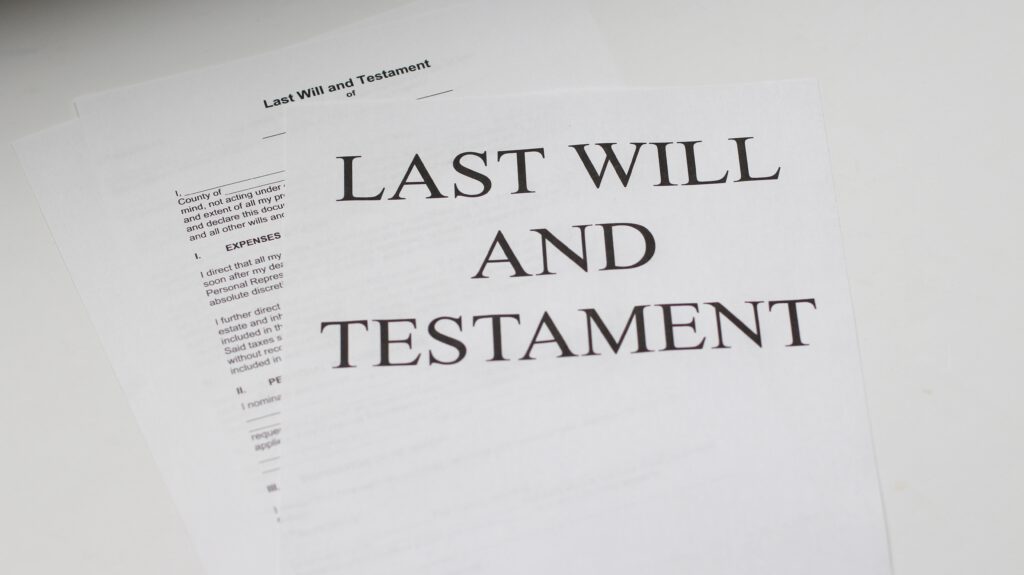 Once we finally get around to writing a Will, it’s very easy to put it in a drawer, marked ‘Job done’, and forget about it. Our expert guest blogger explains why that approach could mean problems later, and why it’s important to make sure a Will is current and clear.

The date of a Will, or lack of a Will, can have significant consequences for executors, beneficiaries, and other parties interested in an estate. Below are some common questions that many people often have concerning the date of a Will.

Does a Will need to be dated in order to be valid?

No. A Will remains a valid legal instrument even if it does not have a date. However, without a date, there can be difficulty in proving that the undated Will is the last Will made by the deceased. This can cause uncertainty as to who the ultimate executors and beneficiaries are.

What if the Will contains an incorrect date or two different dates?

A Will containing an incorrect date or two different dates does not automatically become invalid. The Probate Registry will most likely demand evidence in order to confirm the date on which the Will was signed and that the document is the final Will of the deceased when a probate application is made.

Can the validity of a Will be challenged based on the date of the Will?

In itself, the date, or lack of, is not enough to challenge the validity of a Will validity. However, it can give rise to disagreements over which Will is the deceased’s final Will, particularly where two Wills are made very close together, which in turn can greatly impact the ultimate beneficiaries or executors.

It could also indicate some other issues with the validity of the Will, for example:

Can a Will expire?

Once written, the Will lasts forever. There are no time restrictions on Wills, which means that you do not have to write a new one every year. The best practice, however, is to regularly review and update your Will. Circumstances and family dynamics are fluid and regularly change, as do personal affections. These can have a significant impact on how a person would want to leave their estate. The lack of regular review may result in unwanted results.

It should be noted that marriage automatically revokes a Will. As such, upon marriage, the pre-existing Will is no longer valid. The effect of this is that the intestacy rules would apply if a new Will was not drafted, and the new spouse would become the substantial beneficiary. Currently, the intestacy Rules mean that the spouse would receive the first £270,000 of the estate and all of the personal possessions, whatever their value. They would also receive 50% of whatever remains, with the other 50% being divided between surviving children (or their children if they have already died). If someone has a Will before getting married, they should review their Will in contemplation of the marriage. It is better to review it just before the marriage than leaving it until afterwards.

What if the Will is not correctly signed, dated and witnessed?

To will be valid, a Will must be in writing and signed by the person making the Will (or by some other person at the direction of the Will maker if they are unable to sign). Two independent witnesses must witness the signature on the Will and must be present in the same room at the same time. The witnesses should not be beneficiaries (who are the people who will receive money, assets, or anything else from the estate) or family members. The witnesses must sign in the sight and presence of the Will maker.

Having an up-to-date Will

It is reported that fifty-nine per cent of people in the UK do not have Will in place to protect their family and assets. If an individual dies without having a Will, then their estate will be distributed in accordance with the Intestacy Rules. And this can lead to undesirable consequences and disappointment, with very distant and estranged family members deriving benefit as opposed to those closest to the person who has died, e.g. cohabitees, step-children and close friends. It could also result in an estranged spouse being the substantial beneficiary. Such circumstances could lead to

What should I do if I am concerned about the validity of a Will?

Author Jennifer McGuinness is a Senior Associate in the Will Disputes team at Myerson Solicitors.

Like to know more? You could take a look at:

Photo by Melinda Gimpel on Unsplash