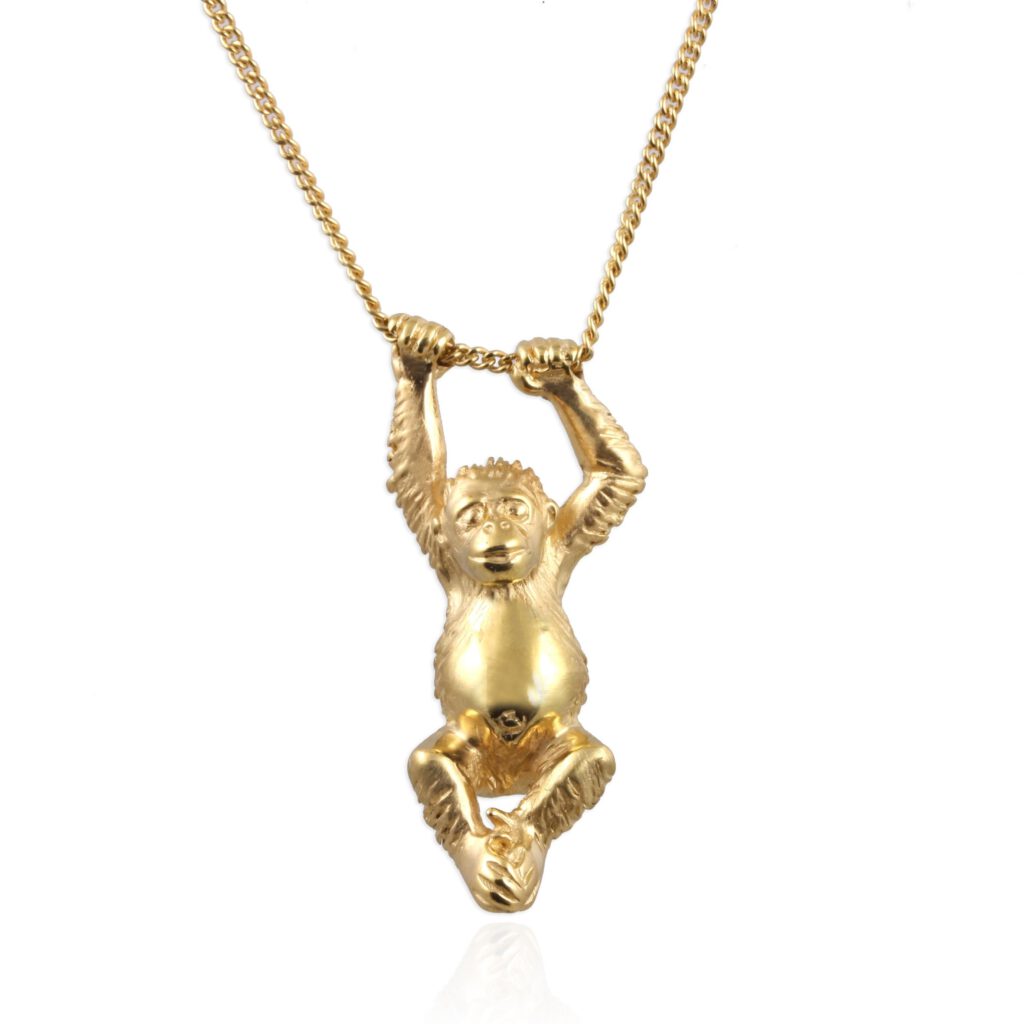 We featured a beautiful elephant charm necklace from Jana Rheinhardt a while ago. Now we’re delighted to say that Jana has created an orangutan pendant to help raise funds for this endangered species. There are two versions of the pendant in silver and gold, with £20 from the sale going to the Ovaid charity. #orangutan #charity

There’s worrying news that long delays to NHS glaucoma treatment have led to some patients losing their sight. As many as 22 patients a month could be suffering severe or permanent sight loss because their follow-up appointments are not taking place fast enough. The Healthcare Safety Investigation Branch has made recommendations for rectifying the problems. #glaucoma

One NHS trust wants to manage the pressures on its services by discharging people early, despite being aware of the risks and that doctors think it is a bad idea. The Royal Cornwall Hospitals NHS trust has found its A&E service struggling to cope with demand and has been looking at ways to alleviate overcrowding. A spokesperson suggested that out-of-hospital services could take over care of those discharged. #NHSdischarge

Long NHS waits are driving more people to pay for their own private surgery, according to a story in the Independent. With widespread NHS treatment rationing and record waiting lists, the number of British people who are self-paying patients has doubled in six years. NHS hospitals are benefiting from the growth through NHS-run private units, with particular growth seen in cardiology and obstetrics. #surgery

Social care leaders have expressed disappointment that the UK Prime Minister Boris Johnson has said it could take five years to create a social care rescue plan, says Home Care Insight. When he took office Johnson had promised to fix social care with a plan that he had prepared, with cross-party talks expected within the first 100 days of taking office. #socialcare

The City of Edinburgh is set to cut its social care services next year, as the city is hit with a £4.8 million reduction in its council budget. There is some hope that an increase in NHS funding might find its way into council social care, but the focus appears to be on trying to be more efficient in how funding is spent. #edinburgh #socialcare

A local authority has been judged to have breached the Care Act by setting a personal care budget for a woman with dementia that the council knew would not cover the cost of her live-in care. She was therefore obliged to cover the shortfall out of her own savings. The council was also found to be been slow to assess needs, slow to provide help, and slow to respond to communications. #careact

The NHS is launching a campaign urging older people to seek help for depression or anxiety, and is asking GPs to look out for signs. It seems that ‘war babies’ continue to have a ‘stiff upper lip’ to their mental health, even though research has found that 6 out of 10 pensioners have experienced anxiety or depression. #mental health

The average cost of residential care for an older person in the UK rose to £651 a week in 2018-9. That’s an increase of 5% over the previous year. The research by Lang Buisson also found that the cost of a nursing home was £893 in 2018-9. Which? points out that geography makes a huge difference, not just by region, but by county and even by local authority area. #carehome #costofcare

The Care Quality Commission is re-inspecting a number of care homes in the north of England after finding duplicate text, including quotes from patients, in 78 reports. While it has removed the offending sections, the CQC says the overall findings of the reports were not affected. #cqc

Despite our best intentions, Christmas can be a time of family fall-out. Law firm Stephensons Solicitors LLP has reported a huge spike of enquiries about will re-writes and inheritance claims, and thinks the stress of the holiday season has much to answer for. Fights over anything from lack of invitations to disagreements over Brexit could lead people to want to disinherit relatives, but the firm counsels that this is as straightforward as they might think. #inheritance

The areas of the UK with the highest proportion of over 90s has been revealed in figures from the Office of the National Statistics. The largest percentage of nonagenarians can be found in the New Forest, where 1.98% of the population is 90 or over. Other popular areas are Rother, Eastbourne, Conwy, East Devon, North Norfolk, Lewes, Chichester and Powys. Seven of these are in the south-east of England. On the other hand, East Dunbartonshire in West Scotland has seen the highest growth in recent years. Tower Hamlets in London has the lowest percentage, with just 0.26%. #ageingpopulation

If an honest explanation of the progress of terminal cancer would help you, try reading the extracts from palliative doctor Rachel Clarke’s book, published in The Guardian. It’s both sad and illuminating. The book is called ‘Dear Life: A Doctor’s Story of Love and Loss’ published by Little, Brown on 30 January 2020. #palliative care