How to contest a will and why 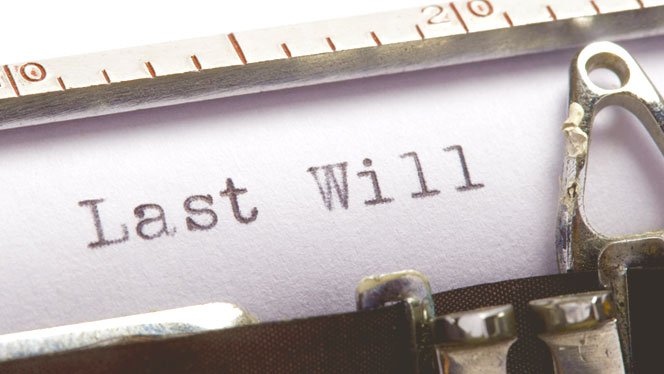 There are all sorts of reasons why people might be unhappy about the contents of a will, from concern about undue influence to surprise at who’s received what. For anyone who wants to contest a will after the fact, it’s a complicated and arduous process. David Williamson of Coles Solicitors explains why and how.

The Last Will and Testament of any deceased person is the legal representative of their estate on Earth after their passing. It disseminates the testator’s (legal jargon for the deceased) life’s work, and dictates to whom and to where certain elements of their estate shall be given.

Unfortunately, people can feel dissatisfied with the document’s findings and feel they have no choice but to contest the document after the fact. It’s a confusing and unpredictable process that shouldn’t be taken lightly.

Successful reasons for contesting a will

The arguments for contesting a will can be as numerous as the contents of the will itself. They may be fiscal, personal, emotional or familial, and none are more relevant than the next.

In England and Wales, however, there are only two real reasons for which one can successfully pursue action against the document itself. These are:

The proving of undue influence over the testator

To have a valid undue influence complaint, there must be a certain level of proof to show that the person was coerced, manipulated, deceived or intimidated by another party to ensure that the content comes out to their advantage.

Common examples of this involve cases of marriages shortly before death, or instances where distant relatives tried to ingratiate themselves further during the last weeks of the testator’s life, and reminding them of instances that should be repaid in some way.

Proving a lack of testamentary capacity

This example is often easier to prove, and can have more of a standing in court. It involves proving that during the drafting process the testator was not fully aware of what they were doing.

These cases often involve some form of creeping mental illness, such as dementia, and can be often targeted at carers and/or suspected neighbours. Deathbed wills are often the biggest victims of this claim, i.e. wills written only weeks, days, or sometimes even hours before the death of the testator.

Again, this is not in any way solid grounds for contention and has proved unsuccessful in even the most extreme of cases.

More often than not, if a will is proven not to be valid, the will written before the final draft will be taken into account. Should no previous have been officially logged, then the entire estate of the testator will have to go through the dreaded British Intestacy Laws – an incredibly convoluted set of legislation that can create an even more unsatisfactory outcome for many.

Questioning contents rather than document legality

There are two caveats which allow for contesting the actual contents of the will without having to question the legality of the document itself. These can offer a much more tailor-made outcome, but their requirements are very specific. These are:

The first example that may allow someone to contest a will is where someone was promised something in-particular that never seemed to materialise in the document. This is not as simple as saying, ‘He said I could have the car!’ The claimant must prove without a doubt that this pseudo-deal was entered into legitimately. To do so, they must use a legal challenge entitled Proprietery Estoppel.

In other cases, it can be claimed that not enough was left to efficiently maintain a family in cases where the inheritor was financially dependent on the testator. In this case, the Inheritance Act 1975 will moderate the situation and ensure a fair and reasonable outcome for all parties involved.

This final case is often the most simple, and one that usually only occurs in cases where amounts of money are specifically mentioned, i.e. the writing of 100 instead of 1,000.

Of course, these cases can be mathematically worked out through the remaining amount of the estate, assuming it has all been allocated precisely.

It can also happen that the person responsible for drafting the will didn’t fully understand the testator’s instructions. In this case, and only when completely provable, contesting the will should prove relatively smooth.

A word of caution

Please bear in mind that contesting a will really isn’t an easy feat. These cases are very difficult to prove and it takes substantial financial and emotional investment before it will even get to the courts. The most important thing you can do is seek the help of experienced wills and probate solicitors to help with the process.

It can take months or even years until a satisfactory outcome is achieved, so contest a will only when it really is very important to you.

Coles Solicitors offers a range of services from preparing wills and probate to moving house. For more information on the ins and outs of contesting a will visit the BBC website or take a look at Sarah Pennells’ tips article on how to challenge a will.