Latest on phishing scams and other tales of dastardly behaviour 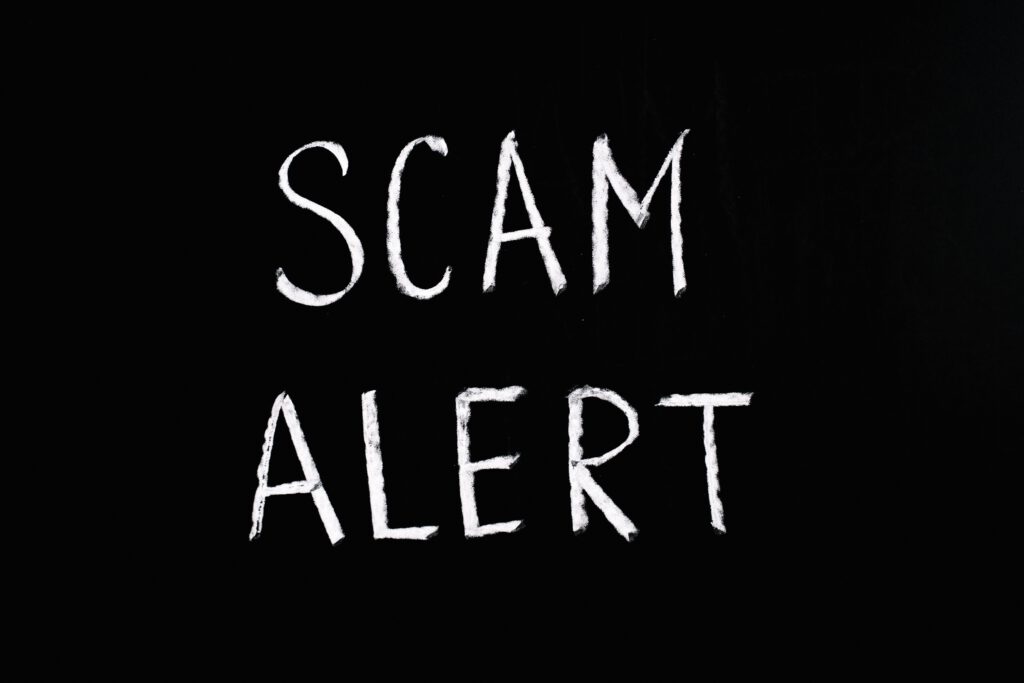 No apologies for returning to the subject of scams yet again for an update.

The sort of good news is, contrary to popular belief, that older people are not necessarily the most vulnerable when it comes to phishing and its relations.

This is simply because many of the most senior members of the population don’t use banking apps, or internet shopping, or email, or indeed even mobile phones. And if they don’t use the technology, they are much more difficult to reach.

This then, is fair warning for all of us.

Let’s start with phishing, where scammers use links in emails to deliver malicious software to your PC, phone or other piece of technology so that they can gather personal and financial information with a view to emptying your bank account.

It’s an astonishing figure, but over 5 million suspicious emails had been reported to the Suspicious Email Reporting Service by April 2021. This service, launched by the National cyber Security Centre and the City of London Police in April 2020, allows people to forward suspicious emails to an automated system that scans the email for suspicious links. Since its launch over 43,000 scams and 84,000 malicious websites have been taken down.

What should we be looking out for? The most common phishing scam currently is one purporting to come from TV Licensing, with the majority of victims following links in emails to input personal details into what they thought was a legitimate website. That is then followed up by a phone call from the scammers impersonating bank staff, who were able to persuade them that their banks accounts were compromised and to transfer all their money to a new ‘safe’ account.

Other organisations that are regularly impersonated include HMRC and the DVLA, as well as emails talking about Covid-19.

Despite having already taken place, the 2021 Census is still providing rich pickings for some. Scammers are continuing to tell people through fake texts that their Census submission either hasn’t been received or that information is missing, and because of this they risk being fined £1,000. The fear factor induces recipients to respond unwisely.

Many people will have noticed a sudden growth in the number of scam text messages they’ve been receiving from apparently genuine companies such as delivery businesses or government agencies. Especially popular are texts asking for delivery charges. While the amount asked for is small, the transaction provides card details to the scammers who can then move in for a much larger amount.

Alternatively, simply asking the recipient to click on a link can enable the scammer to download malware which will infect the phone and open the door to stealing personal details.

Here’s an example of a delivery agent fake text message.

According to The Conversation, these types of text messaging scams work because, even if they’re poorly written, they invoke fear of loss if recipients don’t respond in a tight timeframe. That might be loss of a parcel or a tax refund. And they’re working well right now because the pandemic has led many of us to be expecting parcels at any time.

All this said, it seems that older people are not more vulnerable to this type of scam, simply because they are less likely than other age groups to bank and shop via their mobiles, or deal with the tax office.

Some fightback from the banks

Some more good news is that NatWest has introduced new measures to beat scammers by enabling customers to set their own daily bank transfer limits. It hopes that this will help to reduce authorised push payments (APP) scams, where victims are convinced to move money to an account. Which? explains how it works and what other banks are doing – or not. While Nationwide and Virgin Money said they were considering a similar scheme, no other leading bank said that they had plans to introduce a daily transfer cap set by customers themselves.

And actually, one can’t help feeling that, given what we’ve said about the older population being less vulnerable because they operate less online, the best thing the banks, government departments and others could do is take a break on trying to force everyone to use the internet for everything.

In the investment world, clone scammers selling fake investment products pocketed over £78 million from UK citizens in 2020, with victims losing £45,242 on average. Clone scammers operate by using literature and websites that replicate the details of authorised firms such as pension providers and investment platforms. Goldman Sachs is one firm that’s been the victim of a very convincing clone site.

Hargreaves Lansdown, one of the UK’s leading investment platforms, has created a list of ways to identify potential scammers:

As the weather improves and lockdown restrictions lift, the police are expecting to see an increase in doorstep crime.

And it’s particularly relevant to our senior citizens because they are likely to be home at quiet times of the day, often alone, and can be more trusting of unknown visitors than younger people.

In one case a 76-year-old man living alone agreed to have his driveway washed for £200 after an unsolicited visit to his door, only to watch in dismay as the men started trimming bushes and cleaning moss from the roof. The final bill was £2000, and the victim felt forced to pay – in cash with no paperwork passing hands.

Even if the victim realises there’s something amiss, they can lose out.  In another case history, an 82 year-old woman living alone found a company to redo her garden lawn. She asked for a quote, and paid some cash upfront to start the work. But when the cost started to escalate for various excuses, she refused to pay more. The ‘gardener’ disappeared with the job half done, and the victim was left poorer to the tune of £300.

Even the pets are at risk

Not so much a scam for the owner, but a very worrying turn of events. With demand for dogs – and especially puppies – rising massively during lockdown there has been a marked increase in dog thefts. Sometimes from gardens, sometimes simply by a thief walking up to the owner and wresting control from them. It seems likely that pedigree pets at least could be headed for puppy farms, while less identifiable pets could simply be sold on. So even taking the dog for a walk means being vigilant to those around us.

It’s perhaps glib to say that we need to be ever vigilant, not just for our older family but for ourselves. But these people are persistent and ingenious, and if we are taken in, it is their fault – not ours.

Author Kathy Lawrence is editor of When They Get Older

Photo by Anna Tarazevich from Pexels