Forewarned is forearmed where scammers exist 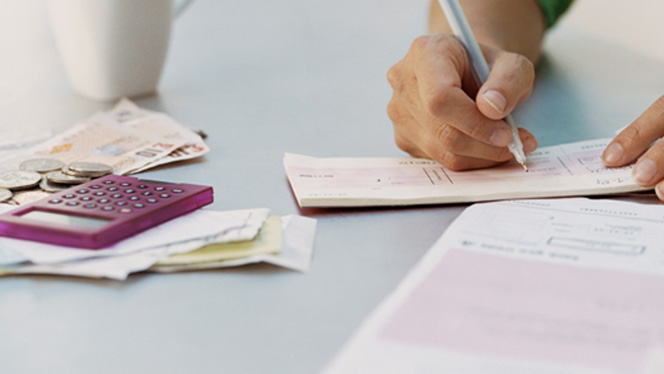 We’re not here to spread scare stories, but we do hear some pretty hairy tales of how easy it is for devious characters to prey on the elderly. We start this article with just a few.

David’s aunt recently downsized and for the first time in her life had nearly quarter of a million pounds in her bank account. Out of the blue she started receiving calls from “City brokers” trying to persuade her to invest in wine, gold and metals. The caller suggested that she’d spoken to him while she was in the process of selling her house and had committed to investing £20,000 in wine. He even went as far as sending her a pile of documentation together with stickered pages where she needed to sign. At this point she happened to be visiting family for Christmas and mentioned the story to dropped jaws all round.

Mary’s dad called her urgently one evening. A man had been in his house for three hours trying to persuade him to sign up for new double glazing. Mary lived nearby, and 20 minutes later said salesman was being spoken to rather sternly by Mary’s irate husband.

Why are our elderly relatives taken in more easily than we are? And what can we do about it?

A recent scientific report showed that as we age we find it harder to search other people’s faces and judge how trustworthy they are. Add that to a growing confusion, and sometimes an ingrained belief in the goodness of people, and it’s not surprising that our parents’ judgement can sometimes be clouded.

Karen’s father was on his way to the local shop when a young man approached him and claimed to have done some work on his roof a few years before. The young man insisted on accompanying Karen’s father back to his house and then pointed out that the coping needed work. A lad was sent up onto the roof to spread some cement around, and a few hours later our friend relieved Karen’s father of £1500. So pleased was he with his work that the chap returned a week later and announced that he’d been passing (at the end of a cul de sac!) and noticed that the dormer windows needed work. He could do that for another £1300. In the time in between father had reported his great deal to Karen, who reacted uncharacteristically angrily. Our trickster didn’t get his second deal, but Karen’s father remains embarrassed about how easily he was taken in.

A pyschologist has outlined five ways that pension scammers gain the trust of the victims. They include pretending to be legitimately affiliated with regulatory bodies; using language to suggest that the victim will lose out if they don’t act quickly; and establishing a rapport by suggesting they empathise with the victim. And with older people, it’s particularly easy to start a conversation and then keep going until they’ve achieved their goal, simply because our parents were not brought up to shut the door or put the phone down on unwanted callers.

How can we help our parents to be more careful without sounding like we don’t trust them to make sound decisions? If we talk to them about stranger danger as if they’re small children, we risk humiliating or even alienating people who have spent many years quite capable of making their own judgements.

Here’s one thought. Telling them what we are doing for ourselves, or for other people, can give our parents ideas that they can work with. Perhaps we can tell them that we:

If the worst happens, your parent may feel better for knowing they are not alone. Just search on elderly and you’ll find numerous news stories about elderly people all over the country being taken in by scammers and fraudsters.

If you’d like to offer your parents a guide to avoiding scams, you can read more about the ScamSmart campaign, run by the Financial Conduct Authority and The Pensions Regulator, to raise awareness of common ruses used by fraudsters.

If you’d like to keep up on the latest news about scamming and protecting the vulnerable, sign up for our newsletter. It contains advice and tips about all areas of health, finance and quality of life for older family.