Are you taking care of your own finances? We have things you should know about state pensions, wills and allowances. More older people are living alone, with repercussions for their financial well-being. There are continuing issues with the rush to emergency hospital admissions, and long waits for discharge. Latest research on arthritis pain looks at exercise and painkillers. Charges from care homes post-bereavement and the cost of funerals have been under scrutiny from the competition people. 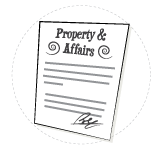 Around half a million older workers may be paying ‘unnecessary’ tax on their state pension, says mutual insurer Royal London. Men and women can save thousands by taking up the option of deferring their pension.

A quarter of over 50s haven’t written a will, says a new survey. That means when they die their assets are passed on under the laws of intestacy, making inheritance more complicated and lengthy than it needs to be.

A clear explanation of Carer’s Allowance can be found on the This is Money website. If you’re caring for someone and earning less than £120 a week, you can claim the allowance. Then you automatically qualify for National Insurance credits towards your state pension. That’s immensely helpful if you’ve given up work to care without having made enough National Insurance contributions to get a full state pension.

The Welsh Government is the first to formalise information about how those with mental or social impairment, such as Alzheimer’s, Parkinson’s disease, learning difficulties or following a stroke, can claim reduced council tax. While the rebate is available in England and Wales, it appears to be one of those benefits that doesn’t get publicised very widely.

Living alone has implications for how income is spent, with a greater proportion being assigned to housing costs, as well as living necessities. Recently released figures from the Office of National Statistics show that in 2017 there were about 3.8m people over 65 living alone – a rise of almost 21% over two decades. Almost 60% of those were aged over 75. With a single-pension household receiving less than a dual-income household, and women known to have smaller pension pots, this is more evidence that society needs to address the challenge of the ageing population, say commentators in a Financial Adviser report. 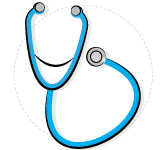 Into hospital and out again

The number of people with dementia who find themselves as emergency admissions to hospital is continuing to rise, says the Dementia Intelligence Network, part of Public Health England. Stays are often very short, but long enough to confuse and distress patients, as the Alzheimer’s Society points out.

The number of NHS patients waiting needlessly in hospital for their discharge despite being well enough to leave has risen by nearly 10% in a year in Scotland. That adds up to nearly 1500 people having their hospital discharge delayed in February 2019. 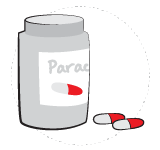 Some good news. Arthritis sufferers can stave off disability with less than half of the weekly recommended exercise, a new study from the US says. Even a brisk walk for 10 minutes a day can reduce the risk of becoming disabled by 85%, say the researchers. That sounds so much more doable.

Meanwhile Patient.info has been looking at the problems with treating arthritis with painkillers and whether supplements could help. There’s not enough evidence to tell whether the likes of omega-3 fatty acids, glucosamine or chondroitin can help, but there are more positive results for a supplement based on rosehip syrup. 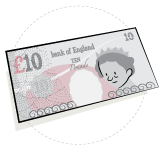 The added costs of bereavement

Getting quotes for a funeral can seem awfully insensitive, but why not look for value? According to the Competition and Markets Authority, some funeral directors are finding it easy to charge grieving families high prices, with  increases over the rate of inflation in recent years. The cost of cremations and an increase in charges from local authorities do account for part of the cost.  The competition watchdog has announced it will be conducting a full enquiry into this sector. The industry’s representative body is keen to make a distinction between family-run and corporate businesses, and says they are working to agree a website pricing template.

Telegraph Money (behind a paywall) has been delving into the post-death charges made by care homes. Care groups had been charging for anything up to a month after a resident had passed away. The Competitions and Markets authority issued guidelines in November 2018, suggesting that charges for more than three days after a death could breach consumer law. Some care homes are now working within this guidance, others have settled on a week, and a few are still charging to a longer period. A care home spokesperson pointed out that families need time to collect their loved one’s belongings, so demanding a room is emptied immediately so it can be re-let is unhelpful. With finances in many care homes at breaking point, some are complying with the guidance but are putting up the price of care overall to manage the shortfall.