How to claim a lost pension 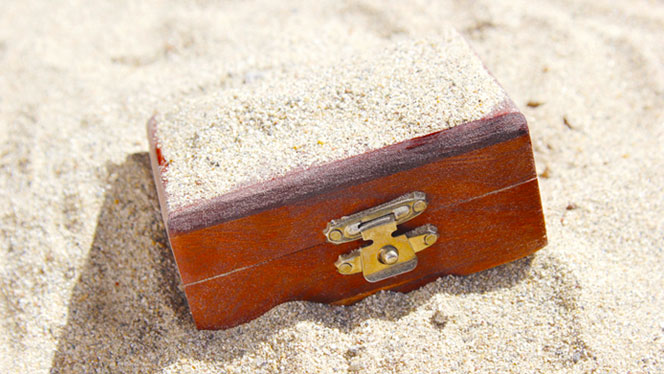 Update. A useful article written in February 2020 on how to track down missing pensions.

Once your parent passes retirement age it’s likely they’ll be living off a number of pension pots. With most people moving jobs an average of 11 times during their working career it can be easy to lose track of the workplace pension schemes they’re enrolled in.

According to the Department for Work and Pensions there will be 50 million dormant workplace pension pots by 2050, which will contain £757billion in unclaimed cash. With nearly half of all missing pensions classed as simply forgotten it’s easy to see how they’ve reached this figure

If you’re concerned your parent is missing a sum or two from their pension savings we share how to trace a lost pension and what to do when you’ve found one.

Does my parent have a missing pension?

If your parent believes they have a lost pension it’s important to clarify where they worked while contributing to a pension scheme. Some companies automatically enrol their employees onto a workplace plan while others will have given your parent the option to sign up to the scheme themselves. The onus would have either been on your parent’s employer or on your parent themselves to enrol in the pension scheme so be sure to make that distinction before going off on your search.

Your parent could have lost track of their pension if they changed their name, moved to a foreign country or in with relatives, misplaced the paperwork that corresponds to their pension plan, have moved into care, have mental health challenges or they’re the surviving partner of a pensioner – entitled to survivor’s benefits or nominated as a beneficiary. Any of these factors could affect whether your parent is in receipt of the savings to which they’re entitled.

How do I find a misplaced pension?

Once you’ve established that there is missing money it’s best to review all financial records relating to past terms of employment and pension schemes to have a clear picture of the funds owed.

Having as much information to hand as possible will be useful when involving organisations that specialise in tracing lost pensions. Arming yourself with your parent’s national insurance number, their address history as well as any former names they may have can help to keep you on track with your search.

Also it may be beneficial to find out if your parent has changed their signature over the course of their working life as well as who they’ve nominated as beneficiary of their pension should they die.

Finding out about the type of pension scheme your parent was a part of, whether occupational or personal, can help to narrow down the search field in terms of looking for old employers or particular insurance companies. All these details will help your parent’s past company match them with their old pension.

The Department for Work and Pensions has a free, online Pension Tracing Service (PTS) accessible via the GOV.UK website which aims to provide you with the address of your parent’s scheme provider (their previous employer) after which it’s up to you to make any further enquiries. It’s worth noting that the PTS won’t be able to confirm if an unclaimed pension exists at the traced company.

Find My Lost Pension holds a database of national insurance numbers submitted to them by pension companies who’ve lost contact with former members of their pension schemes and wish to reunite them with their unclaimed pension. This free service will give you the name and contact details of the company that currently holds your parent’s missing pension after which you can get in touch to claim it back.

For a small fee (£25) you can sign up to The Unclaimed Assets Register (UAR), operated by Experian, to track down your parent’s lost pension.

What if my parent has passed away?

If you believe your parent’s partner is entitled to their pension(s) or you think your parent wasn’t receiving a pension they should have been up until their death then you can trace the scheme they were enrolled in by following the steps above. Proof of relationship will most likely be required by the employer or insurance company but they should release the funds to immediate family members once a solid connection is established.

What if the company my parent used to work for no longer exists?

You may find that older pensions from several decades ago are more difficult to trace as your parent’s previous employers, or insurance companies holding a personal pension plan, may have merged or been taken over by larger firms.

If your parent has an occupational pension their financial paperwork should have a company name and logo printed on it which will aid in your search for the business now in possession of your parent’s pension records. A responsible employer will have kept records from company mergers which should clearly indicate who’s obligated to pay your parent’s pension.

Providing you have evidence of the formal agreement entered into by your parent and their insurance company with regards to a personal pension there shouldn’t be an issue in claiming it back.

What do I do once I’ve found the missing pension?

You may find at this point that you’ll need to involve your parent in communications with their previous employer or insurer in order to legitimise the claim and prove their identity to ensure their pension is released.

While personal and occupational pensions can be simple to claim a trust-based pension may prove more complicated. A trust-based pension, which is governed by a board of trustees, is held separately by the trustee in a reserve account if it hasn’t been claimed. This means the trustee can then easily access your parent’s pension when they or you come to claim it.

If you suspect a company or insurer is withholding the funds from your parent’s pension without just cause it may be best to seek legal guidance before pursuing the matter further.

Thanks to Stewart Carter of www.FindMyLostPension.com for reviewing this article.