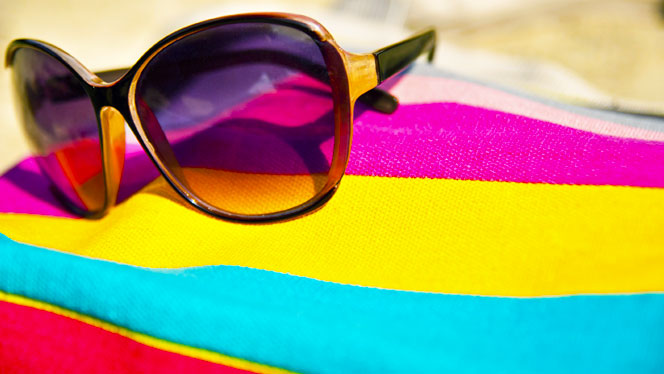 Update. Cruises are massively popular today, and some countries and cities have started to put a limit on how many visitors they are willing to accept. If you’re thinking of booking a cruise for yourself or a relative, the latest Which? report on cruises has been published in February 2020. It offers a top ten of cruise companies, and suggests that one previously respected player is becoming like the Butlins of cruising.

The following review follows a break taken in the mid 2010s.

We hear so many recommendations for cruises as a great holiday for our age group. We decided to take the plunge and see if they really do offer something for everyone who needs to get away from it all for a bit.

The time was right for a break. Dad was taking a breather from hospital appointments and was happy for the nursing home to take care of his needs. I’d had a bruising few months and felt in need of rest and recuperation. So taking advice from friends and family, we opted for our first cruise. Wanting some warmth and sunshine without having to travel too far, we opted for a week in the Canaries and Madeira.

We deliberately booked for term time so not surprisingly the majority of guests were mid-lifers like us or slightly older. If I say that the most widely played song by the various bands over the week was “Daydream Believer” you’ll probably get the picture.

After some research we settled on Thomson Cruises because we’d enjoyed holidays with the company before and they were going where we wanted to be. This is our review of this particular cruise followed by tips from us as novices and our more well-seasoned friends.

Thomson has one of those sites that’s hard work to research what you want – and even harder to get back in to manage your booking later. On the other hand it’s easy to do anything that means spending money – booking the trip, upgrades, days out, car parking and other extras. We stuck with it because we’ve had good experiences with Thomson landlubber holidays in the past.

Check in and security at Gatwick were really speedy, possibly because we arrived ridiculously early as we’d heard that Gatwick was about to flood. Several of the passengers were in wheelchairs and were treated, as far as we could see, with great grace.

There were much longer check in queues on the return home but that seems to be the order of the day at holiday destination airports. I do wonder why every airport has slightly different rules about what goes where on security checks.

Thomson is somewhere between standard and budget airlines in terms of comfort. I would thoroughly recommend paying the extra for additional legroom. Not only was it more comfortable but it kept our front neighbours out of our faces however much they put their seats back.

On the way home I needed to swap seats so I could stretch my sciatica-stricken leg. The cabin crew couldn’t have been more helpful. To be honest though I was a bit surprised that we had to climb in and out over a gentleman in an aisle seat who had arrived in a wheelchair – uncomfortable and inelegant for him and us.

On-board food and drink were reasonably priced. There’s no booking meals in advance. You just order hot and cold snacks from the menu.

The idea with cruising is that you travel at night and wake up refreshed in a different place every morning having not noticed a thing – so I am assured by many. Hmm.

The Celebration is one of Thomson’s smaller ships. Combine that with strong winds and this wasn’t the best choice for a poor sailor. We’d splashed out on an upgraded cabin too, which meant a higher deck and therefore more noticeable movement.

For three nights out of seven I suffered miserably. Even travel-hardy OH took a Kwell one night. That said the deluxe cabin was comfortable with a huge bed (that vibrated all night long with the hum of the engines) and a useful size bathroom.

Each stop around the Canaries and Madeira had a choice of days out, from tootling around the centre of the town in a toy train to 4×4 adventures. We did miss out on visiting La Gomera as it was too windy for the captain to get the ship safely into port and he had to steam on for Tenerife instead.

There was no pressure to go anywhere, but if you did want to book an outing you simply popped a note in at the Destinations point on board. If you chose to go ashore under your own steam, there were usually taxi drivers ready to discuss the cost of whisking you away to local points of beauty.

Entertainment on board was pretty good. Each of the three bars had their own character and talented musicians circulated between them. The show team were excellent offering themed evenings such as tributes to Michael Jackson and Queen.

If you wanted to ballroom dance, play the casino, learn yoga, do a jigsaw, take part in a quiz – you could. Evenings though were the time when there just didn’t seem to be enough places for everyone in the bars or the show space.

The swimming pools were misnamed – plunge pools would be more appropriate. Internet access was available, at a price, but for us one of the major benefits of being at sea was being disconnected.

There were three restaurants of varying degrees of formality and the potential to pay extra for something a little special. We only ever made it as far as the buffet but we were very happy there.

Water was provided but in small amounts. Otherwise right across the ship you paid extra for drinks. We were offered a package of drinks for two for the week for something in excess of £400 which we turned down and instead just added to our onboard bill as we went. A good decision as it turned out drinks weren’t excessively expensive and we would never have managed to drink that much in a week. No cash changed hands as every transaction was simply added to our account and deducted from the credit card we’d provided at the beginning of the cruise.

The staff on board were numerous and fabulously helpful and friendly. Just a delight. This should really be the biggest section of this review as it was the highlight of the trip in many ways.

I’d heard of norovirus as something that affects UK hospitals in winter but I hadn’t quite appreciated the implications for a cruise ship packed full of travellers and their bugs. The virus appeared to be rife and the company was doing its best to contain it.

Staff in plastic gloves served our food even in the self-service buffet. Anyone suffering from sickness and diarrhoea was confined to their cabin and given free treatment by the ship’s doctor. On the Friday we were all bussed out to hotels all over Tenerife while the staff cleaned down the ship.

Our coach broke down. We then spent the day along with four coach loads of cruise passengers sitting in a hotel lounge along with the hotel’s own guests. That was awful.

Lifts everywhere, wide corridors, staff to help and tables set aside for wheelchair users only – this ship was designed to be accessible. On the other hand there was a step into the bathroom to be overcome and climbing onto coaches could be a challenge.

OH was doubtful from the beginning but actually loved the whole event. I’d say if you’re prone to travel sickness consider a larger ship and a calmer region. If you’re travelling with people whose health is already compromised, take the risk of norovirus seriously and maybe leave winter cruises to the fittest.

Have you enjoyed cruise holidays as a way to get disconnected and totally relax? What would you recommend and what would you avoid? Let us know your tips in the comments section below.