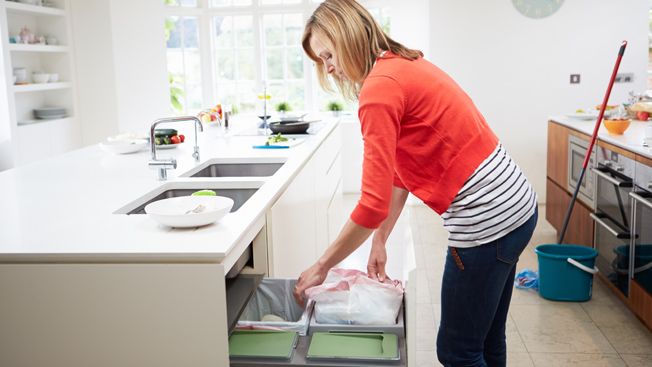 My aunt had been living in Spain but after losing her husband six years ago her health has deteriorated and she wasn’t taking good care of herself. My sister and I persuaded her to return to the UK and managed to find her a little flat in a block which isn’t exactly warden-aided but does have a call button in each room. It’s purpose-built and they call each resident every morning to check they are ok.

Since my aunt has been back it’s been easier for us to see her issues more clearly. She has had two strokes and she tends not to try to talk in case she can’t make herself understood. Spinal stenosis not linked to the stroke also means she can only walk short distances.

My problem is that she refuses any kind of professional help. I know she would qualify for all kinds of assistance but will have none of it. It then falls to me as a single working mum or my sister who works very long hours. I also don’t drive which makes life harder.

She refuses to cook for herself even though she always was a good cook and mostly eats shop-bought pasties. She doesn’t clean at all nor does she wash herself properly. She smokes constantly which is her right I suppose but this only exascerbates her health issues and she is endangering herself by dropping lit cigarettes on the furnishings. There were two burns on the new carpet a week after she moved in.

I collect her medications from the chemist, which incidentally she only gets because I practically frog marched her to the GP, but she doesn’t take the medication half the time.

We try to take her out here and there but her walking issues make it difficult. She refuses a wheelchair and won’t let us get medical advice. Instead it’s down to me to take the strain of holding her up as she walks and she’s collapsed twice. I’m banging my head against a brick wall here. I want to include her in our family outings but I can’t let go of her for one second and that’s not fair on my son when we are out together.

I try not to let her see my frustration and stay happy around her but it’s getting me down now. When you’ve been in the kitchen and removed ten bags of rubbish for the millionth time and sanitised it all and you just know it will all be there again for you next week it wears you down.

I don’t want to give up on her but I’m 43 and I never thought I would end up as a carer for an aunt I barely knew growing up. I love her and will carry on doing what I can ‘til the end but if you can offer any advice on how I can make her concede to getting some professional help in I would really appreciate it.

Your aunt is lucky to have such a kind and dutiful niece. It’s often hard to know whose responsibility it is to look after our parents when they get older. It can be even harder to know what’s reasonable or “the right thing to do” when it’s an aunt, uncle, distant cousin or family friend.

Elderly people can appear stubborn and resistant to change. It sounds like you love your aunt and respect her right to make her own decisions in later life. But your email made me feel quite worried as I see quite a few “red flags”.

You say that your aunt is not taking good care of herself or her flat. She’s not washing properly and that can lead to infection. Rubbish lying around is a health risk and could result in mice or rats. And yes, she can choose to smoke but burns on a new carpet suggest that she is not very aware of her surroundings and the cigarettes could be a fire risk.

I think there are also potential risks for you and your sister and knock-on effects for your son. Physically, you may cause yourself damage by trying to keep your aunt safe when you take her out and by rushing around trying to keep her house clean and tidy as well as your own. Family carers typically suffer from high stress levels and poor physical health. You need to be mentally and physically healthy in order to look after your aunt the best you can and be a good mother to your son.

As you say, you are only 43 and are becoming increasingly resentful and frustrated even though you are trying hard not to let it show. Your sister works long hours and presumably this job is important to her, so it seems like most of the burden falls on you. You say that you will “carry on until the end” but sadly, none of us knows what lies ahead. Your aunt could deteriorate slowly and this situation could go on for some time. Only you know how much you are prepared to give but I think it’s important to factor in your own needs

So, to answer your main question, how do you get your aunt to agree to some help?

I notice that somehow you persuaded her to come back from Spain and you talk about successfully “frog marching” her to the doctors. You don’t say what her state of mind is at the moment or what kind of personality she has, but by this point you probably know her quite well so I’m going to suggest three possible approaches and hopefully you will get some ideas about what might work with her

I imagine that your aunt is feeling fearful about the future and frustrated by her lack of mobility and speech difficulties on top of everything else. Can you find a way to reassure her that you are on her side and open up this conversation? If she feels safe to talk about her concerns, it might be easier to suggest some changes.

Try stealth. Have a chat with the warden of her flats and see if they would be willing to say they have a new policy of checking up on residents more frequently and so gradually introduce the idea of regular visits from an outsider? Or perhaps think of somewhere she’d really like to go, get her interested and then just lightly mention that it involves some uphill walking so you’re going to bring along a fold-up wheelchair to put on the bus.

Sit down with your aunt as an equal, ask her how she is finding life back in the UK and tell her how you see it. Set out your concerns honestly. Appeal to her better nature. Explain that whilst you love her and want to take care of her, this is taking its toll on you – back ache, getting behind at work, less time with your son. Ask her what she perceives as the problems and ask her what her solutions might be. You could say that you are exhausted and have arranged to have a short holiday with your son and say how important it is for her to have help while you are away. Reassure her that there is no shame in having support and say that you will help her to arrange this.

“Tough love” is often used for difficult children. Sadly, even though you respect your aunt as an older person, because of her frailty you have become the “grown-up” in this situation. It would mean putting down some firm boundaries, making it clear exactly what you can and can’t do and encouraging your aunt to take responsibility for solving her own problems. You might say, for example, that you’ve asked a social worker to pop in for a chat or arranged for a cleaner to come once a week. Or that you’re going to make an appointment for her to go back to the GP and you plan to go with her. It might sound like you are laying down the law, but it could also be a relief to your aunt once she gets used to the idea that someone is aware of her struggles and is taking charge.

It’s hard to make someone change. Sometimes we have to make changes in ourselves and that causes the other person to act differently. If you would like to talk through your feelings, which approach might work best, or how to be more assertive in this very difficult situation, I would be happy to arrange a (free) phone call.

You sound lovely but also frustrated and worn down, so do try and tackle this now. It won’t be easy but in the long run, there will be benefits for all the family.

This article was published in October 2016.

Dr Lesley Trenner is an Ageing Parent specialist with extensive qualifications and experience in life coaching. Lesley provides one-to-one help for people who are struggling to balance work and care, or cope with mid-life, family and career challenges. Sessions are available face-to-face (London) or on the phone. Email Lesley or call 07919 880 250 for a free introductory chat. You can also visit her Facebook page.

If you found this article useful you may like to read

You may also be interested in our own high-quality meals at home service, Joseph Pip.