Why my parents never came to live with me 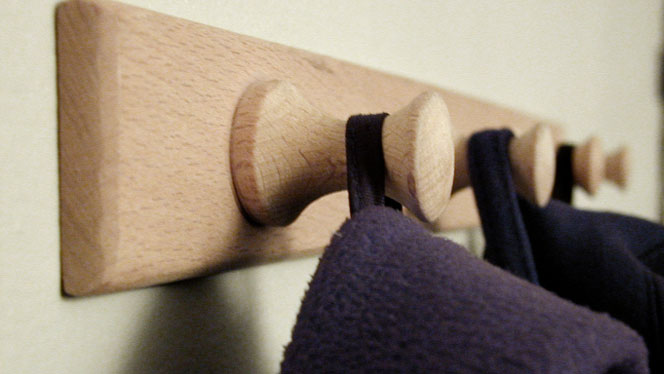 We’ve asked many people about their experiences of living with their parents in later life. In our latest story, our storyteller explains why she didn’t make that offer.

Why didn’t my parents move in with me when they needed help? I didn’t invite them and they wouldn’t have wanted to come.

Once upon a time I had a vision of my family in a rambling home in leafy somewhere, with my parents installed in an annexe. That didn’t happen when they were fit and healthy as we never moved to the house in my dreams. It certainly wasn’t going to happen once they needed physical care. Their strong desire to be independent and my recognition of my unsuitability saw to that.

I like my parents. I have visited them on an average of once a week through most of my adult life. When times have been bad, it’s been much more often. But we’ve never been close on a “Let’s share secrets” level. It’s only recently that I’ve discovered how much my parents have kept their worries to themselves over the years, and there’s certainly been plenty in my life that they don’t know about. On a certain level, we have always got on very well though.

That’s not enough though to have made living together with care involved a success.

Why not? Well, first, no one could accuse me of having the qualities that make a good carer. I have my own home business and we need my income. I make a good part-time driver, cook, shopper, cleaner and gardener – especially gardener. I’m OK at listening. I am not OK at cleaning up bodily functions. I was never that good at it as a mum. And I honestly don’t think my parents would have wanted me to play that role either. In fact I asked mum once if she would like me to help her shower, and she was horrified.

It’s not just my recognised unsuitability. It’s the stories I’ve heard from friends about how parents can totally disrupt family life.

Many people get selfish as they get old. No, strike that. They get more self-involved, and I don’t blame them for that. Even if they’ve been kind, generous souls for most of their lives, as my parents were, their own growing needs can catch up with and overtake them. Increasingly chronic poor health is frightening, as is the prospect of leaving your own home, or running out of money for decent care.

There’s more to it than that though. On the occasions when my dad has come to stay with us for R&R after operations, he has been totally unaware of the havoc he has wreaked. He needed endless attention, and would pin one or another of us in a corner with talk of his problems, with the only escape being over the furniture or out the front door and in the back. A tad desperate and rude – even for me. It was of course an extraordinary time, but he has had plenty of those.

As for mum – well, she developed dementia at an accelerating pace when dad’s health suddenly deteriorated. In crisis I became her enemy rather than best friend. That’s how she saw me for the rest of her time – someone who was conspiring with my dad to stop her from living her life the way she wanted.

It was pretty tough watching dad trying to look after mum, and I spent as much time with them as I could, aiming to relieve some of the pressure. But they couldn’t come to live with us. It would never have worked.

Eventually it became too much for dad – especially when mum broke her hip and ended up in a wheelchair. She moved to a home, much against her will, where she was looked after kindly for the last six months of her life.

Dad soldiered on at home, and I’ve done what I can. A few months ago we had one crisis too many, and we children had to seize power of attorney and move him into a home where he could be safe.

I know how much dad would have liked to live out his days in his own house. But he’s a pragmatic man, and he does understand our reasons, even if he resents them – especially on the days that he feels well and able to cope. He has never suggested coming to live with us. In fact he already had the home of choice marked out, just in case. I thought he would move closer to us so we could visit more often, but he wanted to stay near his neighbours and friends.

And that’s a point in my defence. Mum and dad have had the most wonderful set of neighbours up and down the road who have always been on hand to help with lifts and shopping, when allowed. And there have been plenty of extended family keeping a watch on them and letting me know if anything seems awry too.

There’s another reason that would have made constant close proximity unworkable. Dad is a patriarch at heart and believes that his offspring are basically unreliable without his guidance. He hates having someone else looking after his finances and worries constantly that they’re doing the wrong thing at the wrong time. My role has been to take over health issues – particularly getting him to and from hospital appointments.

It wasn’t always the case, but today whatever dad needs he issues instructions rather than asks for advice. It’s maddening quite honestly. Indeed the only advice he seeks from me is whether his shirt is respectable enough to receive visitors. That’s not an attitude that I could take for more than a few hours at a time.

So there are my reasons for never having my parents come to live with me. I’m certain it would never have worked, and I don’t feel guilty for that particularly. Although I carry the burden of always feeling I could have done more – it goes with the territory.