When helpers become the enemy 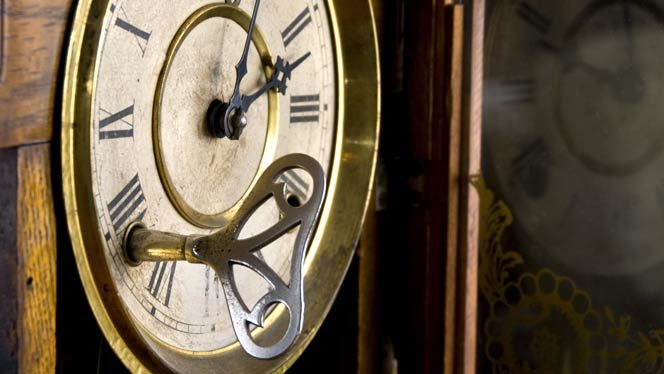 This week’s storyteller is Sally.

After years of being his wife’s carer, Sally’s father began to believe that everyone coming into his home wanted to poison him or steal his treasures. In this first part of her story, Sally describes how her father slipped into delusional paranoia and how his family struggled to help.

After more than a decade of being the principal carer for my mother, who was struck down with a massive brain haemorrhage at the age of 50, my father started to falter himself. Just into his early 60s, he started to become increasingly paranoid – believing that the phones were tapped and the car was bugged. This was the beginning of a mental condition that was to blight him for the next 25 years.

As the years went on my parents continued to deteriorate, and inevitably it got to the stage where they needed outside help. The trouble was that their requirements were radically different. My mother needed physical help with activities like washing and dressing and all personal care issues.

My father’s delusional paranoia, on the other hand, meant he believed that everyone else needed help but not him. He was convinced that anyone entering his home was coming to harm him or to steal from him. His medication was poison and meals prepared by others were contaminated.

Helping and supporting him was difficult. Social Services came to our rescue – one worker appointed to my mother and another to my father. Sadly, they came from different departments and didn’t communicate with each other. The most frustrating issue was that once a crisis had passed, the social workers were taken off the case. The next time a crisis occurred a new social worker was appointed. No social worker was ever appointed to the same case twice.

At this point my younger brother started visiting more often. He was the only one of us who lived nearby. All the while the parental home was deteriorating but moving my parents into a care home together proved too complicated and not a realistic option. My father was resisting all support. He refused to leave the house as he felt he would be burgled and no offer to house-sit was accepted. My mother then fell, badly, and started to fall regularly. She was in and out of hospital. She broke her arm and following an x-ray, bone cancer was detected. Bone cancer was the principal cancer and then she got secondary breast cancer. My mother spent her last 3 months in a private nursing home where she died.

The family encouraged my father to join groups and keep up his love of antiques, but his paranoia prevented him from leaving his house, convinced that there were people walking past and planning to steal his grandfather clocks.

My father remained at home after my mother died, shunning all help and now diagnosed with Parkinson’s. As he shuffled more, so he fell more and spent months in and out of hospital. He never accepted that he required help until the day he completely lost the use of his legs and was unable to walk. We never did understand why this had happened but from this point onwards he became totally dependent on continuous care.

After a final fall my father was forced to go into a care home, relieving us all at last of a great deal of worry, especially for my brother. Finding a home for someone with mental health problems, whose paranoia was not so bad that he needed to go into an institution, was very difficult. My father never did accept though that he wouldn’t be going back home.

Eventually we decided to sell the house as it was, rather than repair it – a task made possible because my brother had worked very hard to get Enduring Power of Attorney whilst my father was still at home.

When my father died, and my brother and I went to clear the house, the full extent of my father’s paranoia became evident. We found old-fashioned pound notes taped to the inside of grandfather clocks, reams of paperwork stuffed in supermarket bags hung at the back of wardrobes, antiques under floorboards and in the loft, and we discovered he was paying bank charges on paintings, jewellery and silverware stored in suitcases by the bank.

For years, whilst my father was ill, I dreamt of delivering his eulogy and what I would say. I wanted to explain his mental illness. I knew a lot of people would come to his funeral who were unaware that his rude and abusive behaviour was due to his mental condition.

It wasn’t the real him. His delusional paranoia was like a rash, it crept over him over a long period of time and people didn’t really understand. At his funeral when I gave the eulogy I talked about his paranoia and the comfort and relief it brought to us all was immeasurable – all those who felt shunned and alienated finally understood.

*This is part one of a two-part story. To read part two click here.

Have you and your family had to make hard decisions concerning your parent’s care? Let us know what challenges you’ve faced and how you overcame them by commenting below .