When dementia brings death to your door 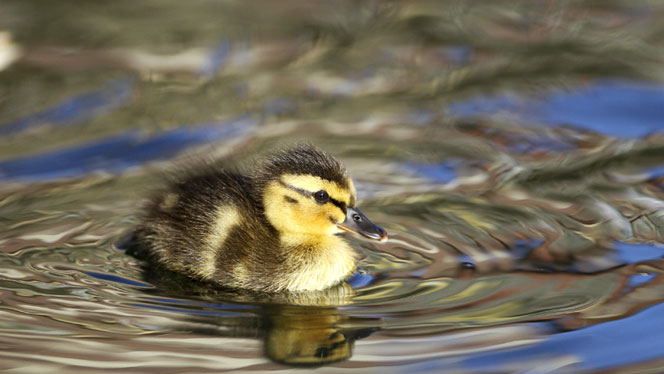 When When They Get Older launched last year Jill Sinclair, The Glasgow Herald blogger, became a supporter, contributor and friend. She shared with us just how important it was to talk about dementia, in particular her Father’s, and the therapeutic quality blogging holds for her.

In 2012 Jill moved back to Scotland to care for her dad as his dementia took hold. She already had some experience of end of life care from helping look after her mum, but had no idea what was in store caring for someone with dementia.

By publically sharing the ups and downs of her Dad’s disease, and indeed her relationship with him, Jill hoped to increase people’s awareness and understanding of such a complex condition that affects so many – 44 million people worldwide. We believe she achieved this and more.

It is with deep sadness that we republish Jill’s final blog detailing the death of her beloved Dad from pneumonia.

Coming close to the end

They say you die with dementia, not from it. And that was true of Dad. He knew who I was right up until the end and although he didn’t talk much he understood plenty. Alzheimer’s didn’t kill him.

He chuckled when I came home from choir practise and sang the pieces we’d just been learning. I’m sure it was because he was tickled, rather than because it was awful. The Burt Bacharach/Hal David songs were his favourite. Four days before he died he smiled broadly at some remark I made about the intricacies of pillow management.

Dad knew about the Commonwealth Games, although he slept through most of it. The Queen’s Baton relay came right past our door, and the marathon clipped the end of our street. Dad died on the night of the closing ceremony. Kylie was probably still catching her breath as Dad was gasping his last. It wasn’t a moment too soon.

Unless you are a health professional it’s unlikely you’ll have much experience of death. Dad’s was entirely different to my Mum’s – who didn’t even need a Paracetamol at the end – and I didn’t have much idea of what to expect for Dad. The nurses and doctors weren’t always very good at helping me to know.

It was an Out of Hours NHS 24 Doctor who told me about the ‘Just in Case’ drugs. Doctors no longer carry drugs so if someone needs a strong painkiller, medicine to alleviate distress or dry up secretions at some unsociable hour, the doctor would only be able to write a prescription and the carer would have to find an all-night chemist to cash it in. Having the ‘Just in Case’ drugs already in the fridge meant that Dad didn’t have to wait too long and I was glad of that.

At the close, would I have done things differently?

I would have insisted on specialist palliative care nurses sooner – they are an entirely different breed. Not everyone is suited to dealing with death; some people are really awful at it! And I might have considered a Hospice if I’d had any real idea of what was coming. Although the aim was always to keep Dad at home, and we achieved that.

So now it’s over. It wasn’t the six months (eight months tops) that I predicted I would spend in Glasgow; it was two years. ‘The better the care, the longer the patient will live’ the doctor said; so I blame myself!

It wasn’t all bad; in fact it was mostly good.

Having Alzheimer’s can, of course, be a living hell. But not always, and not if you get the right help early on. We were incredibly lucky with the Community Psychiatric Nurse who monitored Dad while he was on Aricept, the people at Alzheimer’s Scotland, the Carers’ Trust, the local authority carers who did the heavy lifting and most of the medics most of the time.

We are now discovering all sorts of things about Dad we didn’t know. Not only about his time in the Fleet Air Arm during the Second World War but that he wrote short stories broadcast by the BBC. He wrote and arranged music for shows at the Citizen’s Theatre. He talked his friend – my Godfather James Gilbert – out of taking a ‘proper’ job, persuading him instead to pursue his dream of being a successful Television Producer – which he was.

Dad had a column in the Glasgow Herald as well as writing for various magazines and trade journals. He tended not to boast about any of his achievements but I do remember how chuffed he was to win a competition to say in a paragraph who would win in a fight between Dr. Who and the crew of Star Trek.

I wonder now if Dad wasn’t rather wasted on us? Or are all parents just Mum and Dad to their kids?

A few weeks before Dad died I befriended a group of people who meet at the local duck pond to monitor the ducklings. An entire brood of 12 Tufted Duck chicks were taken by the seagulls, but a new family of 9 has survived almost intact. (There were five at the last count.) We stand guard over them, clapping our hands and hissing at the seagulls to chase them away. As if it makes any real difference.

It’s heart-breaking when the duckling numbers are diminished, but there seems to always be another clutch ready to bop out of the reeds, as if to say ‘life goes on!’

I’m just sad – but only for me – that Dad’s no longer around to witness it.