Tips on juggling work, family – and two parents with dementia 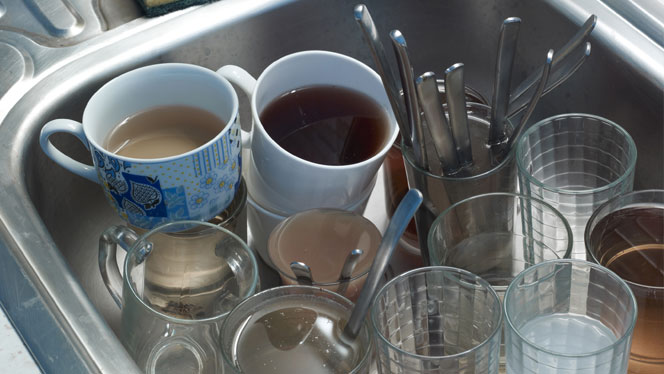 This week’s storyteller is Anita.

One parent with dementia is tough. Anita Avery found herself trying to hold down a job, take care of a family, and look after two parents – one with Alzheimer’s and the other with vascular dementia. We asked Anita to share the lessons her experience has taught her.

Nobody gets to the point when the children are independent and the mortgage is nearly paid off, and then thinks the next thing is – time to be a carer. And no carer thinks “What a great job I’ve got”. It’s just what happens.

Recognise what’s happening to you as well as your parents

I was once told that in the maternity unit they stamp “Guilty” on your forehead when your first child is born, and that’s something you carry with you throughout your life. It goes with the job of being a parent, and then, quite by surprise, it carries on into being a child of ageing parents.

You will frequently feel like you’re not doing enough, or you didn’t do the right thing. But you can’t do everything. You need to cut yourself a bit of slack and look after your own needs. If you get ill, what happens to your parents then?

I would recommend making time for peer support. I felt I couldn’t because I was managing work and my family and my parents. But visiting a group now and again could have been immensely helpful.

Be as prepared as you can

I wish I had been more prepared. I felt like a rabbit caught in the headlights, yet suddenly I had to deal with health, legal and social care systems that I knew nothing about.

There is so much paperwork, and it’s very easy to overlook something. We found the bailiffs at my parents’ door because we’d forgotten to confirm that they were ill and did not have to pay council tax.

Systems may have changed, but we found that to apply for some services my parents had to start claiming benefits – an anathema to my father who had always paid his own way.

One thing we can all do in advance is set up Powers of Attorney, leaving them to hand until they’re needed.

I wish I had looked into care homes at the very beginning and ensured I looked at a whole range of them. When crisis hit and I had to place both parents in care for some emergency respite for me I had no a clue as to the correct standard to expect. My mother was in a home when she fell down the stairs, breaking several bones and, far worse, suffered a bleed on the brain, which thankfully ceased but that resulted in a change in her behaviour and epilepsy. I believe in a different home that fall would not have happened.

Now I work in fundraising for local hospices, I wish I had known about them for my parents at the end of their lives. Dad died in hospital and I was with him 24/7 to ensure he died as peacefully as he could. I would not have had to do this had he been able to access a hospice – they are such warm, caring and beautiful places, with total emphasis on providing the best palliative care possible.

Work with what your family can offer

While I was caring for my parents I had an aunt at my shoulder regularly asking when we were going on a family holiday. At the time I knew she was well meaning but felt she was just adding to my “to do” list which made me feel irritated, but I see now that she was saying that my family should have their time with me too, and I’m grateful to her.

Don’t assume that your family will fall in and help, or that they won’t. I was very wary about accepting my husband’s help because I felt that caring for my parents was my job. The level of responsibility and care needed was only possible because of my love for my parents and I began to think that “once this was over”, I could never do this again for anyone else e.g. his mother. So looking back I think I was unconsciously trying not to incur any “debt”. Dignity is of paramount importance and I never asked him to take on personal care, though I did that for both my parents out of necessity, and I felt it was something my brother could do too, but only for our father. My mother was solely my responsibility.

Understand how your children are feeling. My daughter was an adult when my parents became ill, and she was fabulous. She was immensely practical in her help, though I still baulked at leaving an 18-year-old in charge. When mum went into the care home though, my daughter found it hard to visit. She preferred to remember mum as she had been. My son, on the other hand, was just 10 when he was on the receiving end of an angry tirade from his granddad, who did not recognise him and thought he’d caught a thug stealing from his fridge. He was wearing jeans and a hoodie at the time. It completely changed their relationship. He found his grandmother far easier to cope with. She reminded him of the absent-minded Dori in Finding Nemo – sweet and unthreatening.

It can seem like a good idea to bring parents out from their care home for special occasions, but it’s worth asking yourself who is really benefiting. I would have my parents to stay overnight at Christmas, and then spend two hours in the morning washing and dressing them before having to provide the Christmas lunch. I was trying to maintain normality, but it was exhausting especially when they kept waking during the night and wandering. It also broke my parents’ routine.

How often you visit your parent once they’re in a home is of course your choice, but if you don’t go often you might feel guilty or miss something invaluable. People don’t realise that those with dementia sometimes can have an occasional moment of clarity. Without warning they can suddenly recognise you, it happened to me. It did not last long, but it was a bittersweet experience amidst the gloom.

I would recommend the Alzheimer’s Society, AgeUK, the Care Quality Commission (CQC) and Citizens Advice for helpful information about all sorts of practical matters.

Find out more about Anita’s story

Anita’s story has been published in the national press. After her experience she worked for the Alzheimer’s Society and is now corporate fundraiser for the Woking and Sam Beare Hospices in Surrey, which would value charitable contributions as all their services are free of charge.