Tips on dementia and the family fall-out 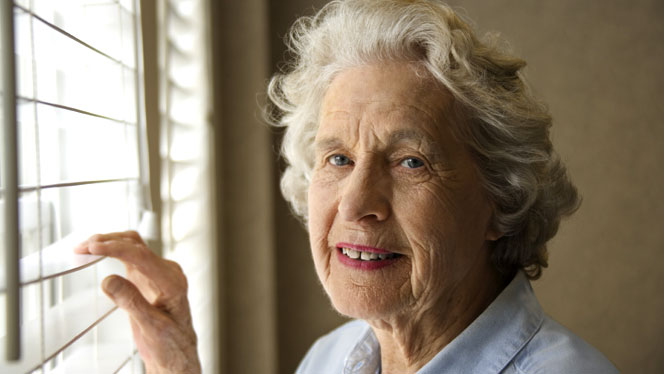 After taking the lion’s share of caring for her mother despite having an extended family close at hand, this week’s storyteller shares some of her insights into making the best of what life throws at us.

Recognise that people don’t get it

The problem with dementia is that it’s difficult to understand. Sufferers often try to hide memory loss. Mum had been a matriarch.

One brother helped greatly by managing her finances, but didn’t get why he had to repeatedly stop mum doing things like changing her electricity provider when someone knocked on the door.

The other just didn’t try, preferring to think she was being awkward and complaining about her cunning behaviour. He couldn’t face up to the situation and that it was her attempt to pretend she was not ill! He ignored it and had no intention of letting it affect his own family life.

Mum had lucid moments and putting out photographs of the past helped her to recall her life and relive pleasant memories.

My brothers were concerned that the photos included my ex-husband, but to me the point was that he was part of her memories, so it was fine for him to be there. They formed part of a discussion between mum and me and it was important to retain any memory. She had liked him! Instead one brother introduced pictures of recent grandchildren about whom she had no clue.

Remember the things people enjoyed in life. Visiting the seaside would result in mum glowing with happiness for days. It’s relaxing too for the carer.

But take care if you stop for petrol leaving the dementia sufferer alone in the car whilst you pay. I did and returned to see her looking worried. She said “I thought I would just sit here and hope someone would come and find me!” Then I produced a card saying “Just gone to pay for the petrol back in two minutes”. She could read it and was reassured.

Pets can’t always be for life

Mum loved her little dog, and as caring for it got too much I organised dog walkers through the Cinammon Trust. Although there were members of the family living locally to her – a brother, two nieces and their families – none of them considered taking on the responsibility of dog walking. Instead it fell to the two of us who lived further away.

I knew that mum wasn’t coping, and discovered that she was sharing chocolate with the dog which wasn’t good for the dog’s health.

It was also upsetting to read a comment from the carer to say she had found mum hitting the dog with a coat hanger. The cleaner told me that a niece had taken mum to her home for tea and left the dog alone. The dog wasn’t used to it and there had been a complaint about the dog barking and disturbing neighbours. His distress caused him to soil the carpet. There were all sorts concerns about rules being broken as mum lived in sheltered accommodation, but instead of organising care for the dog, the family stopped taking her out! A brother said he was worried about the dog’s welfare, but I believe he was more concerned that taking mum out for a brief time had become rather harder.

I took great pains to find the dog a good new home and he continues to thrive several years after mum’s death.

You’re allowed to be tired

Caring for an ageing parent with any problem is exhausting. It will be particularly wearing for people who are highly motivated to make things work.

Dementia is challenging when the sufferer reaches the point that there is no longer any norm, and it’s important for your own sake to accept there’s no point trying to keep the person entirely “normal”.

It can be impossible to get away. When I was on holiday with friends in India recharging my batteries, my mother called my office to tell them I’d disappeared and she hadn’t heard from me for ages. They then called me when I was enjoying an evening meal with new friends to let me know she was confused.

I was tired all the time while caring for mum, and in hindsight I know my son was suffering too. I realised one day what an idiot I was being trying to shoulder so much. In the last few months of her life mum lived in a care home that offered dementia care.

I recommend taking time out to think and plan. Hard to do, but thinking smarter reduces tiredness.

You need a life

I turned down a lot of social invitations because I didn’t have the time or the energy.

At one point I met a really nice chap, and I realised my conversation revolved around my mother.

It is too easy to let care dominate your life, but you must retain interests and some freedom. Ensure you aren’t the only doer in the family.

Family breaks can be permanent

One of my brothers seemed content to let others bear the brunt of looking after mum.

My elder brother did his best from a practical point of view, taking on financial, gardening and other tasks. It was reassuring that his daughter asked him one Christmas whether I minded having mum. Neither brother had considered this previously and nor had I. It was a responsibility and I had tended to be the one who made things happen. In many families it is the female in the family who takes on the responsibility, especially if she is single.

My younger brother, who lived nearest, did least. There were times when he called me if he happened to drop in on mum and something wasn’t quite right. He didn’t even rush to visit mum in hospital when she was taken ill with heart failure. His visit to the hospital lasted about 15 minutes as he was on his way to visit someone else. His wife didn’t want to take on responsibility either. Yet they were very against moving mum into a home when it was first suggested, as he didn’t feel it was right.

My distress and surprise at this attitude hasn’t abated. I feel nothing towards the family. I have told my brother that I found him unrealistic and unhelpful but I adopt a least said, soonest mended approach. I have semi-retired but still do some work, have interests and, as we do not live close to one another, I am not forced to have much contact – and that’s fine.

Read how our storyteller reached the other side of dementia care.