What does the increase in silver divorces mean for adult children? 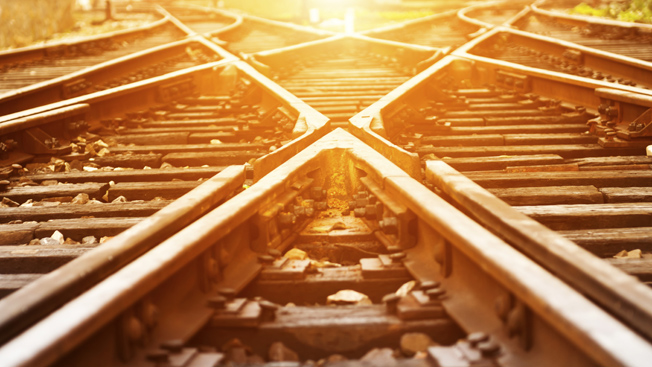 More people than ever are getting divorced in their pension years and many are remarrying. Is this cause for concern for the children? What do those divorcing and remarrying need to do to avoid acrimony in the family? We asked family solicitor Amanda Phillips and divorce consultant Rhiannon Ford for advice.

“We’re getting divorced”. Not a remark we want to hear usually from our parents at any age but perhaps a particular shock if the aforesaid parents are already retired. Surely if they’ve made it this far they want to share their golden years in companionable togetherness?

Apparently not necessarily. The over 60s are bucking the trend when it comes to divorce, according to the Office of National Statistics. Generally divorces are down since the 1990s, but there’s been a rise in “silver splitters” in England and Wales.

Not only that but there’s also a growth in remarriages, which can be a real shock to the family. Some children are reportedly reacting with horror and even unpleasantness to the new partner.

Sometimes they’re simply defending the other parent. But there’s also concern that the new partner – and their children – can whisk away promised inheritances. That sounds complicated and worrying, but it needn’t be.

Partly it’s because there simply are more people over 60 in today’s population. At the same time, the stigma of divorce has pretty well disappeared for our parents’ generation.

Today’s retiring women have been employed for longer and many are financially independent and have their own pensions. They don’t have to stay in an unhappy relationship to maintain stability. That said it’s both men and women who are instigating divorces.

It’s probably also down to growing longevity. Even if the probability of divorce is still small in each year of retirement, there are more years in which it could happen.

That also means that people in their 60s and 70s and even later have longer to enjoy changes they make in their lives. To complicate matters, that enjoyment could involve a new partner – and the family that they bring with them to a remarriage.

What are the legal implications?

Parents will have wills, pensions and homes and may well have set up legal frameworks such as Power of Attorney. If they divorce they’ll need to make sure these issues are considered and revised to suit the new circumstances.

They do need to ensure that they have decided how their financial claims will be dealt with and to have recorded this in the form of a court order. This order would normally deal with how assets such as pensions and the family home are divided up. If they don’t do that, the ex-spouse’s claims remain open until they remarry.

Couples who have been married for a long time often instruct an actuary to look at how they should split the pensions. The aim is generally to give income equality in retirement, but that’s a little more complicated than simply splitting capital values – hence the need for actuarial calculations.

If one parent has named the other as a trustee or executor of their will, then that will cease on the date of the Decree Absolute, as will any bequests to that partner in the will. Rather macabrely, the law treats the divorced partner as if they have died on the date of the Decree Absolute. Divorced partners also lose any entitlement to death in service pension or widow’s pension.

These changes make it vital that both parties agree financial settlements and pension sharing and set up a court order reflecting that agreement. It is just as important for both parties to update their wills.

The legal issues are really a matter between the two divorcing parents. However, it’s an emotional time and one parent may just want to get out of the relationship and divorce as quickly as possible. Good advice could help them to ensure they get the settlement that is due to them.

What about the inheritance?

In many families parents will set up mirror wills, leaving everything to each other in the first instance and then onto their children when the second parent passes away. Children can become concerned that a second marriage could see their inheritance being shared more widely with a second family.

There’s an easy way to deal with any worries around inheritance and that’s for parents to make their wishes very clear in their own will. If they want their children to inherit then they should state so.

In all situations it’s much better to make a will than not to do so. But if a divorced parent dies without making a will then the estate is divided equally between the children – eventually.

It’s worth noting that whether or not a person leaves a will the division of their estate can be challenged if there is insufficient provision for certain categories of people. These include the deceased’s current spouse and a previous spouse if they have not remarried. People sharing a home with anyone who has died since 1996 may also have a claim. Children and those who were treated as children of the deceased at time of the death are also included, as is anyone who was being supported financially by the person at the time of their death.

Parental divorce can be a hugely emotional time for adult children – possibly even more so than for young children who are often more adaptable and resilient to change.

If the divorce has been less than amicable there will be temptation to apportion blame and take sides. If a parent finds a new partner they may be rejected by the family. Or they may be welcomed, which could affect the ex-spouse, especially if they are still on their own.

Tact and diplomacy may be needed just at the time that children are feeling fragile themselves. Parents may for the first time need to be parented by their own offspring. While the children may find themselves being introduced to a whole new family through a step-parent, their other parent may be feeling isolated as they are cut off to the network of in-laws that they have known for years. Just writing that is complicated. The reality of the new networks of relationships is a much harder course to navigate. Holidays, weddings and other family events will take on a whole new perspective and children can help by working to include everyone somewhere in their arrangements.

Everyone will react differently and adult children caught up in their parents’ divorce will need to find their own coping strategy. If relationships are becoming fraught it may be worth looking at family therapy, although this is usually directed at families with younger children. A good place to start is Relate, the relationship counselling service that includes supporting the children of separated parents.

Amanda Phillips is a family solicitor with Morrisons Solicitors LLP. Contact her at [email protected].

Coach and consultant Rhiannon Ford helps people through the difficult challenges of separation and divorce. Contact her at [email protected]

If you’re interested in family law you may find some of our other articles useful:

Why not sign up to our newsletter for the latest articles and news? Just become a member by clicking on the box below. It’s all free.