I can’t believe you said that 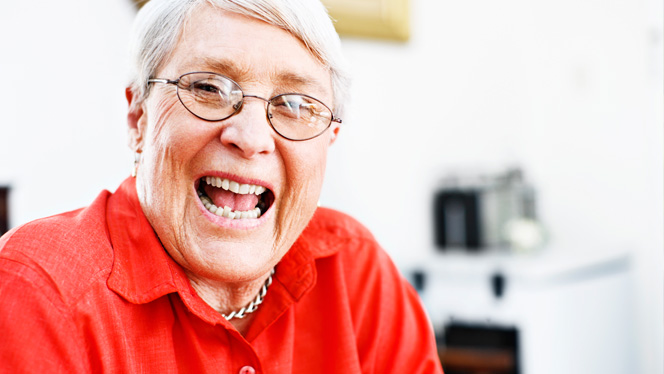 Remember when you hit that age in your teens when overnight your parents seemed to become excruciatingly embarrassing? You didn’t want to be seen in their space because you never knew when they would next say something truly toe-curling?

Well here’s some news for you. It could be about to happen again.

Here are two scenarios that we find painful on a regular basis.

The first is the propensity for older people to answer graphically and at length when asked “How are you?”

When you’re out and about with an elder who starts waving his hand over the area of his stomach and below and explaining to neighbours and friends how long he spends in the bathroom every morning, you may be tempted to elbow him in the ribs and drag him home. Or failing that, just make a run for it.

This requires some further thought. Why should you be embarrassed? These are his friends. Medical ailments are the stuff of his life now, and some days he doesn’t have much else to talk about. If they don’t want to hear, they’ll soon learn not to ask.

Maybe number one isn’t so bad then. But the second situation involves people you don’t know, and who probably don’t know you as well as they’re about to.

It’s about parents who can’t hear so well now, but won’t use a hearing aid in public. Either they’ve refused so far to get one, or they have plenty of excuses for not using it. It picks up too much noise when there are other people around. All it amplifies is the background music. It’s uncomfortable to wear for long, and so on.

So you find yourself in a public place, in a café or pub, say. Now in order to have any sort of conversation, you are required to raise your voice. A lot. And you can feel the people around you looking your way. Either they’re becoming deeply interested, or, more likely, you’re being as tedious as a boring person on a mobile on a train.

That, of course, is when issue one can naturally kick in, and you find the conversation has moved inextricably to medical ailments again. Or it can sometimes be commentary from your parent – who is also talking loudly – about the people around or the service or the food.

There isn’t an easy answer, except to grow a thicker skin. In desperate times, hissing “Shut up” can work fairly instantly, but the offence taken lasts for weeks. The alternative is to eat in silence, and save conversation for later in private. Really, it’s not anything as bad for the people around you as being followed down the street by someone swearing into their mobile. But it is embarrassing.

Do some of the things your elders say and do in public make you want to curl up and die? Is it stuff they would never have done in earlier years? Do you have tips for coping? Please let us know in the comments below.