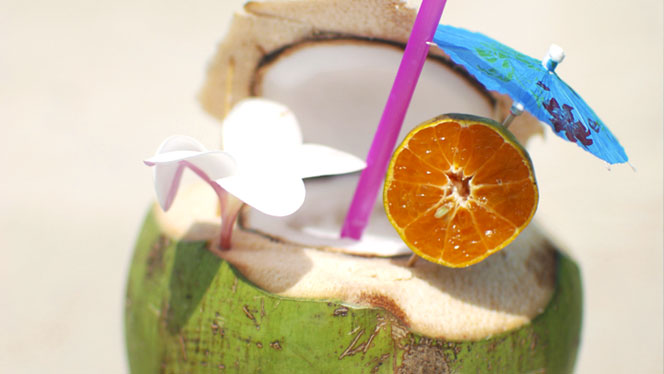 For many older people retirement is a chance to travel, see the world and seek out more agreeable living conditions. With around 180,000 pensioners currently living abroad the appeal seems high among people our parents’ age and older to make the move overseas.

Whether emigrating on a short or long term basis it’s a big decision to undertake with many factors to take into account, yet the benefits can be considerable. We share our top 5 reasons to start a new life overseas.

The UK’s climate can be both unpredictable and inclement for weeks at a time. For parents with medical conditions easily exacerbated by colder weather, such as arthritis and joint pain, extreme temperature changes can adversely affect their health.

Dreary weather can also prevent an older person from getting out as much as they’d like – slippery road conditions and downpours can mean operating a car, scooter or even using mobility aids are too difficult to manage. With the Met Office reporting that rainfall across the country is steadily rising, moving to warmer climates could help to improve your parent’s health as well as their quality of life – long, warm summers leading to loved gardens and more trips to favourite spots.

According to the Office of National Statistics dual fuel (both gas and electricity) bills have risen 24% over the past few years while household incomes have risen 2.9% since 2009. The current cost of energy bills for pensioners can mean they cut their usage in a bid to save money. This can then lead to a cold and damp home environment unconducive to healthy living.

While the UK’s living costs aren’t as high as other countries they do tend to be more expensive than living elsewhere in Europe. Your parent may prefer the prices abroad which afford them more money to spend on things they want and enjoy rather than just buying the essentials. Being able to live well but cheaply can help to keep your parent active for longer while allowing them the type of lifestyle they maybe can’t achieve at home.

3. There’s no place like home (especially when it’s a bargain!)

With the average house price reaching £272,000 this year it’s easy to understand why those living off a limited pension pot may choose to move abroad as dreams of retiring to that countryside cottage become a distant, pricey prospect. The cost of buying a home this July was 13.5% higher on average than the same month last year highlighting the scale of house price escalation we’re currently facing here in the UK.

House prices in France have fallen almost 2% year on year (2012-2013) an enticing statistic for pensioners looking to vacate expensive plots of land in the UK. According to the Financial Times areas such as Provence and Dordogne are relying heavily on international buyers, particularly retirees, to boost sales and increase the regions’ value which means buying a house in France could be easier than your parent thinks.

The 2008 English Housing Survey reports that properties dating from 1919 or before are the second most common types of property in the country, dominating 21.4% of the market. These older homes are mostly two-storey buildings, complete with loft spaces or attics, and while many have been renovated, most still feature aspects of traditional Victorian homes, particularly narrow staircases and slim doorways which can make it difficult for retirees to navigate, especially if requiring the use of mobility aids like wheelchairs for example.

Accessible housing in the UK can be difficult to find, and research shows that within London alone there are just 1200 accessible homes for 30,000 individuals requiring an adapted property. In Australia, however, finding accessible housing is rarely cited as a problem, primarily due to different architectural styles used throughout the country. ‘California Bungalows’ – more modern homes typically limited to a single storey – are common in Australia, and can allow elderly residents to live safely and independently.

5. Things to think about

Of course, while there are advantages to retiring abroad, there are also many considerations to take into account, including visa eligibility if planning to live in a non-EEA country, distance from children, grandchildren, and other family members, and challenges in settling back home if deciding to return permanently, readjusting to the UK way of life.

However, there is one consideration that perhaps trumps the rest – the financial implications of living abroad. Unless retiring to an EEA country, or securing a visa that allows the holder to undertake paid work, retirees could find themselves living frugally on a state pension, and striving to make that pension stretch as far as possible. Here are some aspects that can affect finances:

If your parent’s planning to return home regularly to visit family and friends, or pay for transport costs for you and your children to visit it’s important for them to consider how much this is likely to cost. While costs between the UK and Europe can be quite reasonable, flights to and from Australasia can be significantly more.

When moving on a permanent or semi-permanent basis from the UK to a non-EEA country, emigrants are required to give up their rights to either NHS or EHIC healthcare. While some destinations have similar services in place, others do not, and private health insurance will be required to ensure quick access to any necessary medical treatments.

Upon reaching state pension age, and meeting eligibility criteria, the elderly can draw their pension while living abroad and can even arrange with the International Pension Centre (IPC) for it to be paid directly into a foreign bank account.

In the UK, the value of the state pension increases on an annual basis, the increase of which is determined by one of three factors – average salary inflation, product inflation, or a total of 2.5% (whichever is the higher amount).

If drawing a UK state pension abroad, the amount will be frozen at the original value unless the new country of residence has a social security agreement with the UK. Countries that do have such an agreement with the UK include non-EEA countries such as Switzerland and Bosnia & Herzegovina, in the USA, in the Channel Islands, and in some parts of the Caribbean, including Jamaica and Barbados.

Fortunately, the UK holds a record number of agreements, covering 120 countries. The bad news, however, is that some countries charge a higher rate than is charged back home, and many retirees will pay extra for being a non-resident.

Is the grass always greener?

While many older people thrive once they’ve made the move to a new country others may begin to miss home. A different climate, living cost, culture and cuisine could be just what your parent’s after, a change from the norm that provides them with a better quality of life, but relocating far away from family and friends can leave them without the help they need when facing health challenges in later life.

If your parent’s considering retiring to the country, to another country or moving to a new home ensuring they’re prepared physically, emotionally and financially to cope with the change will make the transition a smoother one. Careful planning as well as equipping them with the tools and technologies they need will help them adapt to a new living environment and remain comfortable as they get older.